(RNS) When it comes to running, America often looks like a country divided between apostles and apostates.

“I have heard stories and had personal experiences in my own running when I felt very strongly that God was involved,” Hall, an evangelical Christian, has said.

Other Americans — athletic atheists, you might call them — roll their eyes and see marathons as a painful waste of a perfectly nice day. Daniel Burke (second from left) with his wife and family after the Marine Corp Marathon in 2007. Photo courtesy Daniel Burke

In the Church of Running, I sit somewhere in the back pew.

I’ve run four marathons, but my training regimen reads like a catalog of the Seven Deadly Sins. I swill beer on the night before long runs (gluttony). I don’t stretch (sloth). And I confess to an occasional desire to trip faster runners (envy).

Despite my failings and flat feet, my eyes remain fixed on Mecca. And for me, as for many runners, Mecca is the Boston Marathon.

Most races have an open-door policy, accepting even wretched sinners like me. But Boston has stringent time requirements. You have to earn the right to run down Boylston Street. You have to be worthy. Most runners aren’t.

Yet hope is hard to kill. Just as Jews pray to celebrate Passover “next year in Jerusalem” and Muslims pledge to visit Mecca, marathoners want to “run Boston.”

Like homebound pilgrims, even those of us who haven’t raced in the nation’s  pre-eminent marathon know the route. Heartbreak Hill. The “scream tunnel.” The kissing women of Wellesley College. The finish line at Copley Square.

“The Boston Marathon course is sacred to many,” writes the Rev. Katie Norris, a Unitarian Universalist minister, “even those of us who have never ran it, because we know what it means to get to that race.”

The late George Sheehan, the philosopher-saint of the marathon tribe, put it another way: “The things that make life worth living, like poetry and art, are not rational. And one of them is the Boston Marathon.”

As Sheehan and Norris note, the path to Boston is littered with nagging injuries and even more nagging self-doubts. That’s the dirty secret of long-distance running: Your spirit wants to quit long before your legs do.

Runners get different kinds of “highs” from pushing through that wall, from hushing the ever-eloquent ego. Some feel a rare sense of freedom. Others, like Sheehan, compare it to a monastery, “a place to commune with God and yourself, a place for psychological and spiritual renewal.”

For me, running is little like a Buddhist lesson. I’ve learned that it’s painful and pointless to focus on the finish line. Better to take it step by step, improve inch by inch, moment by moment. When your spirit flags, focus on the world around you.

A meme that’s been circulating since Monday’s bombing quotes Kathrine Switzer, who became the first woman to run the Boston Marathon in 1967. “If you are losing faith in human nature, go out and watch a marathon,” she said.

Many people probably assume that Switzer had runners in mind. But I think she was also talking about marathon spectators and volunteers, the people who wake up early to hand water and jelly beans and orange slices to thousands of runners they’ve never met.

More than once, my eyes have welled up hearing strangers’ cheers. It’s almost like they’re praying for you. And in my case, prayers were appropriate.

Those volunteers and spectators were among Monday’s casualties. Children like Martin Richard, the 8-year-old boy there to watch his father cross the finish line. The survivors include men like Carlos Arrendondo, who has lost sons to suicide and war but still cheered on runners and rushed to the site of the bombing.

As much as marathoners talk of Boston as sacred ground, there’s also a sacred bond — both inside and outside of the Church of Running. It connects marathoners and the friends and family and strangers who might not understand the need to race 26.2 miles but nevertheless offer their time and support.

Monday’s bombing has tested that bond, but it couldn’t break it. Marathoning may look like a solitary journey, but it’s a communal one. Like most things in life, you need plenty of people — and plenty of prayers — to reach the finish line. 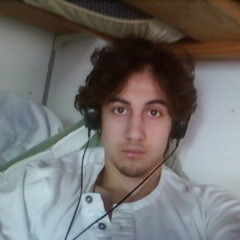 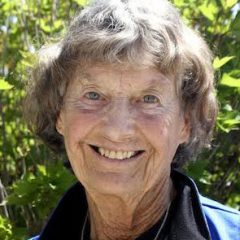 Arts & Culture
Spokane’s Sister Madonna is iron to the core 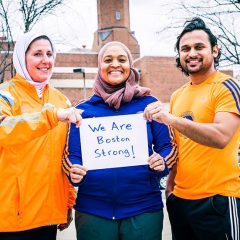 Arts & Culture
Despite suspicions, Muslims determined to run in Monday’s Boston Marathon
Follow us on Facebook!
Submit your photos to RNS