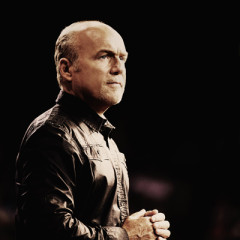 Pastor Greg Laurie, the honorary chairman of this year’s National Day of Prayer (May 2), knows a thing or two about prayer in tough times. Photo courtesy A. Larry Ross Communications

The honorary chairman of this year’s National Day of Prayer (Thursday, May 2) says prayer was the only thing that got him through his son’s death five years ago. When fellow megachurch pastor Rick Warren lost his son Matthew to suicide, Laurie was the man he most wanted to hear from.

Laurie, 60, who leads the evangelical Harvest Christian Fellowship in Riverside, Calif., talked about prayer, grief and what not to say when a friend’s loved one dies. The interview has been edited for length and clarity.

Q: The prayer you wrote for the National Day of Prayer mentions “random acts of horrific violence.” How did you pray after the Boston Marathon bombings?

A: I prayed that comfort would be extended to those who had lost loved ones. I prayed for those who were injured. And I prayed for no more of these attacks to happen.

Q: Then there was an explosion at the Texas fertilizer plant. How did you pray about that?

A: Anytime there’s human suffering and anytime people have lost loved ones, I pray that God will extend comfort to them because, having had our own son die five years ago, I’ve been up close and personal with grief and I know the very real pain that it brings into a person’s life.

Q: It’s been a difficult month for the nation with these back-to-back tragedies. Do you think people should be more drawn to prayer in times like this, or is it wrong to mostly call on God when we’re in need?

A: I don’t think it’s ever wrong to call on God. Certainly it’s far better if we’re calling on him all the time. Quite frankly, sometimes crisis is what shows us a need that we had all along, which was the need to pray.

Q: Can you discuss your role in talking to Rick Warren after he lost his son to suicide?

A: I called him the day after it happened and he said, “You’re the one person I’ve been waiting to hear from.” We talked for a while about it. We prayed. I shared some things that I learned over the years after losing our own son and then I spoke just last Sunday at Saddleback Church. I brought a message of hope and encouragement to his congregation.

Q: What was your major piece of advice for them? 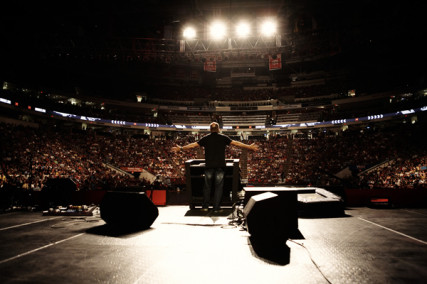 Q: What should people not say when a friend is grieving the loss of a child?

A: Don’t say, “I know what you’re going through” because you probably don’t.

I’ve had people come up to me and say, “I know what you’re going through. My grandmother just died.” And I pointed out that everyone’s grandmother and grandfather will die, then their parents, then them. But no one expects their child to die before them.

Or saying things like “Well, just rejoice and smile they’re in heaven.” Understand that though that is technically true, it is also true that that person is in deep pain and that can come off almost glib and uncaring.

Q: Can you talk briefly about your son’s death?

A: He was 33. He was actually working for our church as our lead designer and was on his way to work and had an automobile accident and died.

Q: Has that experience changed the way you approach prayer?

A: It has shown me how much I need to pray. When it was all said and done, being a preacher didn’t give me a leg up on this. I still was a grieving father missing a son. And in the initial moments after it happens, and the hours and the days after that, one wonders if you can even survive such a thing. I’ve found that prayer is what got me through the day. Sometimes it wasn’t so much day by day, it was even hour by hour.

Q: So what’s the message you’re going to bring to Capitol Hill on the National Day of Prayer?

A: I am going to talk about how God promises to heal a nation if we will pray. In 2 Chronicles 7:14 he says, “If my people which are called by name will humble themselves and pray and seek my face and turn from their wicked ways, I’ll forgive their sin and heal their land.”

What I find interesting about that verse is God is not pointing his finger at the White House, so to speak, but at his house. I think that it’s very easy for people in the church to point their fingers at Washington or Hollywood. In effect, God points his finger at his own people.