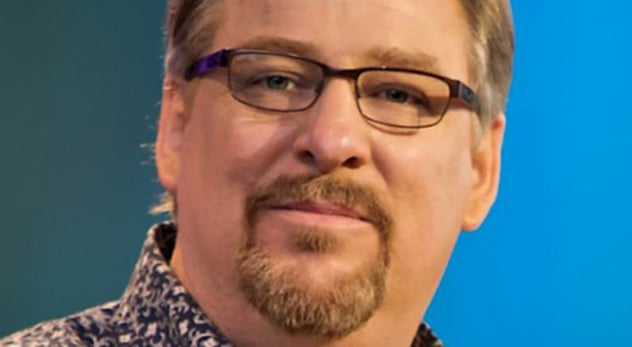 Pastor and bestselling author Rick Warren tells his congregation, “Today, we need your prayer for us.”

To my dear Saddleback Family,

Over the past 33 years we’ve been together through every kind of crisis. Kay and I’ve been privileged to hold your hands as you faced a crisis or loss, stand with you at gravesides, and prayed for you when ill. Today, we need your prayer for us. No words can express the anguished grief we feel right now. Our youngest son, Matthew, age 27, and a lifelong member of Saddleback, died today.

You who watched Matthew grow up knew he was an incredibly kind, gentle, and compassionate man. He had a brilliant intellect and a gift for sensing who was most in pain or most uncomfortable in a room. He’d then make a beeline to that person to engage and encourage them.

But only those closest knew that he struggled from birth with mental illness, dark holes of depression, and even suicidal thoughts. In spite of America’s best doctors, meds, counselors, and prayers for healing, the torture of mental illness never subsided. Today, after a fun evening together with Kay and me, in a momentary wave of despair at his home, he took his life.

Kay and I often marveled at his courage to keep moving in spite of relentless pain. I’ll never forget how, many years ago, after another approach had failed to give relief, Matthew said, “Dad, I know I’m going to heaven. Why can’t I just die and end this pain?” but he kept going for another decade.

Thank you for your love and prayers. We love you back.

The author of The Purpose Driven Life’s Facebook page has been flooded with condolences, and Christian leaders from across the spectrum have taken to Twitter to express their sadness and support:

My heart is broken over the sad news of @RickWarren and @KayWarren1 losing their son today. Please keep them in prayer

@RickWarren and @KayWarren1 – we luv u and stand with u. May God guide you through the valley of the shadow of death.

The Scriptures call us to mourn for those who mourn. And so, we mourn, grieve & pray for @RickWarren & @KayWarren1 on the loss of their son.

Teared up hugging & praying over my kids today while praying for my friend @RickWarren whose 27-yr-old son died. Please pray for his family.

Pastor Greg Laurie, who also knows the pain of losing a son, wrote a note of sympathy on his blog as well. “At times like these, there really are no words, but there is the Word. There is no manual, but there is Emmanuel. God is with us,” Laurie said. “I know the Lord will be there for all of the Warren family and Saddleback Church as they grieve together. Looking forward to that day when God will ‘Restore all things’.”

As the Warren family grieves the loss of their son, they are joined by the tens of millions who’ve been touched by the sermons, books, and ministry of the man they affectionately call “Pastor Rick.”

*UPDATE: According to NBC News and Supervising Deputy Dan Aikin of the Orange County Sheriff-Coroner’s Department, the cause of death appears to be suicide by gunshot. “The estimated time of death was 10 a.m. on Friday morning,” NBC reports. “The sheriff’s department was called to the home at about 5:15 p.m., Aikin told NBC. An autopsy is scheduled for Tuesday.”*