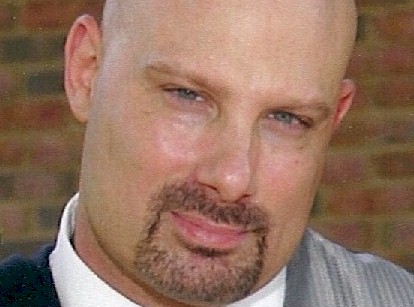 Bestselling author Frank Viola talks about his new book, the role of women in church, and accusations that he's unorthodox - Image courtesy of FrankViola
May 2, 2013
Jonathan Merritt 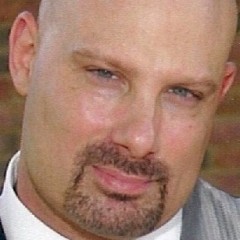 Bestselling author Frank Viola talks about his new book, the role of women in church, and accusations that he's unorthodox - Image courtesy of FrankViola

Frank Viola is a leading Christian author who has never shied away from difficult conversations. For example, his book, Pagan Christianity, has been outlawed on some continents for its scathing indictment of the structure and construct of the church. His ability to navigate difficult waters has led him to write more than a dozen books--including one of my 10 favorite books of the last decade, Jesus Manifesto--and has made his blog, “Beyond Evangelical,” one of the most visited Christian blogs in America.

This week, Viola released his newest book, God’s Favorite Place on Earth. The book takes a fresh look at Bethany, the one town where Jesus was always well received. In this interview, we talk about the new book, his view on women in the church, and accusations from some that he has moved outside of Christian orthodoxy.

JM: You wrote on your blog that God’s Favorite Place on Earth is your life’s work, distinct from your magnum opus From Eternity to Here. Would you elaborate on that? How is it different, and why are they so significant to you?

FV: From Eternity to Here is a 320-page volume in which I seek to unveil the grand mission of God from Genesis to Revelation. It’s the kind of book that packs a lot of information on every page, so readers routinely ruminate on the chapters and take their time absorbing the content, not because it’s academic or hard to read, but because it’s so dense. One of the first readers of the book made this all-too kind remark about it: “It’s an exegetical treasury. Every page is densely packed with deep spiritual insights.”

By contrast, God’s Favorite Place on Earth is a quick and easy read. It’s a work of biblical narrative, I tell the story of Jesus in Bethany through the eyes of Lazarus. After Lazarus speaks, I make specific applications for our lives today. The book addresses 18 specific problems that we Christians face.

I crafted the book to be something that would a fun and exciting read, but one that was insightful and practically helpful as well. Leonard Sweet summed up his view of the book by saying that it’s “part novel, part biography, part theology, part Bible study.”

In addition, I had two first-rate New Testament scholars (Craig Keener and Joel B. Green) read the book in order to ensure faithfulness to Scripture and first-century history.

JM: This work is unique among all the books you’ve written. Why did you choose, as you say on your website, to blend “drama, devotion, theology, biblical narrative, and first-century history” in this way?

FV: The longer I write books, the more I realize that there are different kinds of readers in the Christian world. I know people who only read fiction books and can’t stay with non-fiction. I know others who only read short books. Others only read books recommended by people they trust.

It is for all of these reasons that I wanted to create a book that (1) contained drama, narrative, story as well as theology and devotion and (2) had over 40 Christian leaders from all different movements and denominations recommend it. (When 47 recommend it, it made me uncomfortable on the one hand but hugely grateful and humbled on the other.)

JM: You've said this book will equip believers to move beyond being offended, to forgive and release, and to live without fear. Offense seems to characterize much of the interaction between the various sects of North American Christianity. Why do you think this is, and how do Christians move beyond it?

FV: In Ephesians 4, Paul says that members of the body of Christ “equip” the other members for the work of the ministry and growth into the fullness of Christ. So we as believers equip one another. To equip means to provide with what is needed for use or for a particular undertaking. We equip one another by sharing what God has revealed to us and/or has worked into our own spiritual experience. For instance, in 2 Corinthians, Paul says that if God has comforted us in our suffering, then we are equipped to comfort others in their suffering.

In the book, I share what I’ve learned by experience and observation on the matter of overcoming offenses and bitterness. In the discussion section at the end of the book, I give very practical steps on how to release people who have hurt us. These steps have helped many people to be set free in this area.

All told, the Holy Spirit has an amazing ability to take our frail words that are designed to equip God’s people and apply them to the human heart, thus making them real. So our trust is in the Spirit and not in our words.

JM: God’s Favorite Place On Earth shows Jesus’s relationship with Lazarus, Mary, and Martha. What's the biggest misunderstanding we have about Mary and Martha? Why does this matter?

FV: Traditionally, Mary is said to represent the contemplative, worshipful, passive Christian. Those who are “too heavenly minded to be any earthly good,” so to speak. Martha is said to represent the busy, performance-oriented, activist Christian. Those who are “too earthly minded to be any heavenly good.” We are then told that the Marthas need to be more like Mary and vice versa. But as I point out in the book, this is a distortion of the biblical texts.

Jesus never uttered a word of criticism or rebuke to Mary. Instead, He praised her, and he also defended her on two separate occasions. Mary wasn’t slothful. She was helping Martha during their “kitchen fight.” But when Jesus began teaching His disciples, which no doubt occurred in what was known as the “public room,” Mary left Martha and sat down with the men. This was unheard of and worse, it was scandalous. Jewish teachers never had female disciples, and women weren’t supposed to be caught in the public room. This is what really grated Martha – her sister was acting like a man!

Another point I make in the book is that every Mary I’ve known in my life used to be a Martha. Jesus transformed Martha, and we see this when we look at all the stories of Jesus in Bethany in chronological order. Amid all the “Martha bashing” that has gone on in Christian circles, I give Martha her due praise in the book. Both of these women teach us a great deal about ourselves and about our Lord.

JM: You've made a concerted effort to support women in the church. Why? What do you think we've gotten wrong with regard to women teaching and leading in the church?

FV: Besides the fact that our sisters in Christ are often smarter than us brothers, to silence them is to silence half the priesthood of believers and to dismember half the body of Jesus Himself. This is the net effect when women are told that they can’t teach, exhort, prophesy, admonish, etc. and when they are made to feel that they are somehow second class citizens in the Kingdom of God.

Jesus extolled women in His day. In fact, they were the most faithful of His disciples. The men checked out as soon as they saw a cross erected on a hill. But the women stayed with Jesus, watched Him die, and took care of His body after He was dead.

On that score, I applaud the work of Craig Keener, Ben Witherington, Jon Zens, and N.T. Wright on this subject. These four scholars have done terrific work in this area, helping us to understand those biblical texts that have often been misunderstood and misapplied.

JM: You've written before that some regard you as outside Christian orthodoxy. How do you respond to these accusations?

FV: My response is that if someone thinks this, they don’t know me or what I believe. Most of my critics don’t like the fact that I hold to the orthodox Christian beliefs of the deity of Jesus Christ; the trustworthiness, reliability, authority, and divine inspiration of the Bible; the virgin birth; the bodily resurrection of Christ; and the idea that salvation is only found in Jesus of Nazareth. But I’ve been rather public on these points. (See On the Creeds and Is the Bible Reliable? and Is Jesus the Only Way?)