CANTERBURY, England (RNS) A new poll finds overwhelming support for assisted suicide for the terminally ill among Anglicans, Catholics, Hindus, Sikhs and Jews in Britain, with Baptists and Muslims the only groups that oppose changes to British law, which currently prohibits assisted suicide. 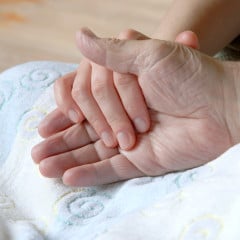 But Britons are debating the topic intensely.

More than seven in 10 (72 percent) members of the established Church of England and 56 percent of Roman Catholics support assisted suicide for the terminally ill, the survey shows.

The online survey of 4,437 people, released Wednesday (May 1), was commissioned by the group Westminster Faith Debates (WFD) to coincide with a Thursday (May 2) debate on euthanasia in London.

Just 16 percent of the country’s 1.8 million Muslims opposed changes to current  law, with 67 percent of Muslim opponents citing the belief that death should take its natural course. Eighty percent of Baptist opponents said assisted suicide “places too much of a burden on the person or people who help someone to die.”

At 82 percent, the overwhelming reason given by supporters was that individuals should have a right to choose when they die.

“It shows how little exposed even practicing religious people are to the teachings of their church,” said Austen Ivereigh of the group Catholic Voices.

An unnamed spokesman for the Church of England told the Guardian: “This study demonstrates that complex discussions on topics such as assisted suicide and euthanasia cannot be effectively conducted through the medium of online surveys.”