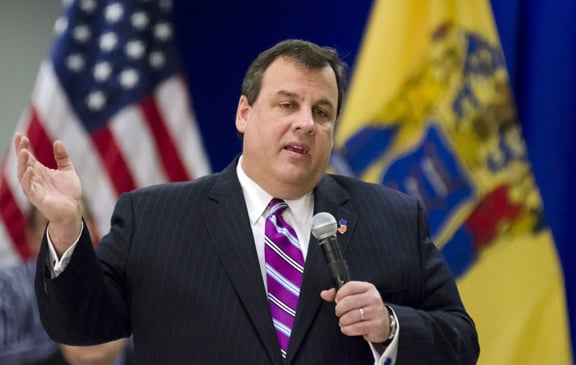 When the final list was released last week, one of the biggest — and perhaps most surprising — winners was Beth Medrash Govoha, a 70-year-old, all-male, Orthodox rabbinical school that won $10.6 million in taxpayer funds for a new library and academic center, among the highest designated for a private institution.

The seeds for Beth Medrash Govoha’s success were sown long before the administration began scoring applications. A review of records shows the college used some political muscle to persuade Christie and lawmakers to make last-minute changes to the bill last year to help it get a piece of the pie.

The head of the school, Rabbi Aaron Kotler, is an influential leader in the large Orthodox Jewish community in Lakewood, N.J. and traveled with Christie to Israel last year. The school also hired a leading lobbyist to make its case with lawmakers.

Now a top New Jersey Democrat says she is concerned about public dollars going to a college with admission standards she says resemble a “religious test.” Assembly Speaker Sheila Oliver said students who want to go to the college must speak Hebrew, know the sacred texts and agree not to date within the first six months of schooling.

“I will tell you that I am extremely surprised by this,” Oliver said. “This is not a secondary institution that is open to the general public.”

Oliver sees a distinction between Beth Medrash Govoha — known in Hebrew as a yeshiva — and private Catholic schools like Seton Hall University and St. Peter’s University that she says should qualify for public money.

“Seton Hall is open to anyone — Jewish, Christian and Muslim. They have an open admission process, and any student in New Jersey can attend.” Oliver said. “Not every student can attend the yeshiva.”

The Legislature has less than 60 days to reject the list or it becomes law, and Oliver said she wants to learn more about the college’s policies before seeking changes or rejecting the list altogether.

Ed Barocas, legal director for the American Civil Liberties Union of New Jersey, said he is concerned about possible religious and gender discrimination.

“Schools that are run by religious organizations are permitted to discriminate both in hiring and their provision of services,” Barocas said. “However, the state is in violation of the law if it provides special benefits, such as millions of dollars of discretionary funding, to an organization that engages in discrimination.”

It is all-male, and students spend their days studying ancient Hebrew texts, according to school officials.

It offers both undergraduate and graduate programs, has nearly doubled in size over the last decade and currently enrolls about 6,660 students, according to state records. The school’s students and faculty are all male and nearly 100 percent white, according to state data.

Moshe Gleiberman, vice president of administration at Beth Medrash Govoha, said although the college may be rooted in studies of the Talmud and the Torah, its students excel in many other areas.

“BMG graduates have a leading track record in establishing successful new businesses that create jobs and contribute to the economy of New Jersey,” Gleiberman said, noting graduates have successful careers in food manufacturing, retailing, green technologies and other industries.

Gleiberman said there is no “religious test” for admission, but it does have rigid education standards.

“BMG has a high-level, advanced undergraduate program in Talmudic studies. Admissions criteria are demanding … because students have to demonstrate that they are academically ready for BMG’s program and demanding schedule,” Gleiberman said.

He would not say how many graduates go on to be rabbis, nor whether speaking Hebrew is a prerequisite to admission or whether the college has dating restrictions.

Assemblywoman Bonnie Watson Coleman, who chairs the campaign for Christie’s leading Democratic challenger, Barbara Buono, said the timing of the award to Beth Medrash Govoha weeks after the Orthodox community endorsed the governor raises questions about whether Christie is trading public dollars for political support.

“If it is a coincidence, I doubt it,” Watson Coleman said. “The governor seems to think he can do whatever he wants and it doesn’t matter.”

The higher education bond bill allowed public and private universities to get funds. Lawmakers said private universities like Seton Hall were eligible, but initially excluded “any educational institution dedicated primarily to the education or training of ministers, priests, rabbis or other professional persons in the field of religion.”

A week after it was introduced, lawmakers amended the bill and struck the religious exclusion, legislative records show. The amended bill passed both houses days later and voters approved the bond referendum last November.

“We assume that the Assembly speaker was aware of all the Bond Act’s provisions, including that no particular religious-oriented institution of higher education would be discriminated against in seeking funding,” Drewniak said.