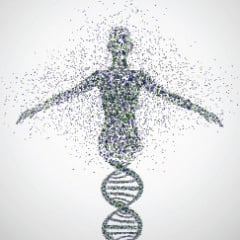 (RNS) News that scientists had for the first time recovered stem cells from cloned human embryos prompted dire warnings from religious leaders who say the research crosses a moral red line and could lead to designer babies.

Boston Cardinal Sean O’Malley, point man for the U.S. Catholic bishops on bioethical issues, said Wednesday (May 15) that “this means of making embryos for research will be taken up by those who want to produce cloned children as ‘copies’ of other people.”

Human cloning “treats human beings as products,” O’Malley said on behalf of the bishops, “manufactured to order to suit other people’s wishes. … A technical advance in human cloning is not progress for humanity but its opposite.” 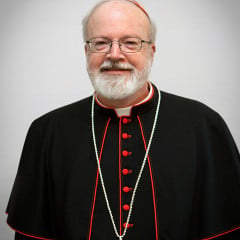 Critics argue there are other ethical techniques for creating stem cells that may help cure illnesses like Parkinson’s disease and diabetes and that the alternatives do not require cloning human embryos or destroying them. The most popular alternative is harvesting adult stem cells from the same patient.

“Given that science has passed cloning by for stem cell production, this announcement seems simply a justification for making clones, and makes reproductive cloning and birth of human clones more likely,” said David Prentice of the Family Research Council.

The cloning breakthrough was accomplished by scientists at Oregon Health & Science University and was announced Wednesday in the journal Cell. It followed 15 years of failed experiments and the infamous case of fraud when a South Korean biologist falsely claimed to have cloned human embryos.

To achieve their breakthrough, researchers had to refine techniques that had been used on monkey embryos: This time they were able to take DNA from a human patient and splice it into a human egg that had its DNA removed. The egg then grew into an early-stage embryo whose stem cells — a virtual genetic copy of the original patient — were then harvested.

Many Christian experts, especially Catholic bioethicists who believe life begins at conception, object to the destruction of human embryos for any purpose.

But they also say the new technique could lead to the cloning of replica human beings because it is similar to the process used to produce the cloned sheep named Dolly in 1996. That technique has since been used to clone a dozen other animal species.

The lead researcher on the team, Shoukhrat Mitalipov, said he does not believe the new technique could lead to cloned babies, in part because scientists have not yet been able to do that with cloned monkey embryos. The cloned primate embryos do not develop sufficiently to implant into the uterine wall.

But others say the innovation opens the door to human cloning scenarios that were once confined to the realm of science fiction.

“The reasons why primate-cloned embryos won’t implant are probably just technical barriers,” William Hurlbut, a consulting professor at Stanford University and former member of George W. Bush’s Presidential Council on Bioethics, told Christianity Today. “Science is clever at figuring out what goes wrong and fixing it.”

Hurlbut, who has worked with Mitalipov on developing ethically acceptable adult stem cell techniques, said the breakthrough will “mark the beginning of a whole new chapter of moral scientific controversy.”