(RNS) Each year 90,000 parents in the U.S. confront the profound suffering that follows the death of a child or adolescent. 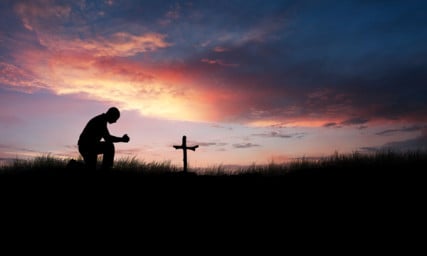 Some of those rely on faith to help them through their grief. Others look to psychiatrists, who offer therapy or prescribe antidepressants to help ease their patients’ pain.

On Saturday (May 18), in a move that could add to the tension between religion and science, the American Psychiatric Association changed a controversial diagnosis regarding how grief relates to mental health.

The change “will affect every single person in the country, because at some point we’re all going to be bereaved,” said Joanne Cacciatore, founder of the Center for Loss and Trauma in Phoenix and a professor of social work at Arizona State University.

At issue are questions as fundamental as how long we grieve, what clinical label we assign to sadness, and when grief transforms into mental illness.

The modification also rekindles long-standing debates about whether spirituality or medicine offers the best pathway out of bereavement.

The debate comes down to a small edit to the Diagnostic and Statistical Manual of Mental Disorders, a guidebook that is considered psychiatry’s diagnostic bible.

After 14 years of work, the fifth edition of book — called DSM-5 — was unveiled in San Francisco at the annual meeting of the 36,000-member American Psychiatric Association.

Changes in each revision are important because most insurance companies require a DSM diagnosis before they reimburse doctors. The manual is also seen as the definitive psychiatric reference by other professions such as law, government and journalism.

Psychiatry historically has refrained from calling normal grief a mental disorder. Since the last DSM was published in 1994, the guideline has been that when symptoms — sadness, distress, insomnia, trouble concentrating, lack of appetite — begin within two months of a loved one’s death, but do not persist beyond those two months, psychiatrists should not diagnose “major depressive disorder.” In earlier decades, psychiatrists waited a year before such a diagnosis.

The revision narrows that window to two weeks. So a person who has five of nine symptoms that define depression — regardless of the reason behind those symptoms — could be diagnosed as mentally ill.

That change could give psychiatrists earlier access to grieving patients, critics say, heightening a perception that medical responses to grief are encroaching on turf traditionally held by faith.

The shrinking window for grief has stoked what psychotherapist Gary Greenberg describes as an insurgency against the DSM, fueled, in part, by accusations that the changes would help funnel money to manufacturers of psychotropic drugs.

But supporters of the revision to the DSM say the change has been misunderstood. Narrowing the grief window, they say, is about improving psychiatry’s response to major depression. And the change does not interfere with the role of faith-based supports.

“There is nothing in the recognition of major depression that precludes the patient’s receiving love and comfort from friends, family and clergy,” Ronald Pies, a professor of psychiatry at SUNY Upstate Medical University, said in an email.

Normal bereavement and major depression share many of the same symptoms. And because of those similarities, psychiatrists have historically carved out what is known as a “bereavement exclusion.” Its purpose was to reduce the likelihood that normal grief would be diagnosed as clinical depression.

But critics of that thinking say the greater danger is missing the signs of mental illness simply because a person is experiencing grief. Such grief, they say, may even trigger a major depressive disorder bringing more symptoms — a preoccupation with worthlessness, or thoughts of suicide.

Removing the exclusion, Pies and others argue, will allow psychiatrists to cast a wider net by more quickly diagnosing mental illness and offering treatment.

But critics have charged the APA with “medicalizing grief” by bypassing traditional methods of healing that come from friends, family or theology.

Greenberg, author of “Book of Woe: The DSM and the Unmaking of Psychiatry,” said psychiatry “never figured out how to distinguish mental illness from normal suffering.”

“We want to identify disorders and then eradicate them as if they were smallpox,” he said. “The idea is that the nature of suffering is to be eliminated, rather than valued, used and incorporated into a person’s life.”

‘A boon to the pharmaceutical industry’

Writing in the New England Journal of Medicine last May, Richard Friedman, a professor of psychiatry at Weill Cornell Medical College, said the change would “erroneously label healthy people with a psychiatric diagnosis.” And Cacciatore said such labels have lasting effects.

“Once you say someone has a mental illness and bill their insurance company, that’s on their record,” she said. “They could be denied a job, lose custody of children or be denied insurance.”

Last May, in a concession to such arguments, the APA panel that worked on the issue said that a footnote would be added in the new DSM, a reminder that sadness and other mild depressive symptoms are not necessarily indicators of major depression.

But that hasn’t silenced broader concerns over labels and medication.

In December, Allen Frances, a professor emeritus of psychiatry at Duke University and a high-profile critic of DSM-5, wrote in Psychology Today that the APA will be “substituting pills and superficial medical rituals for the deep consolations of family, friends, religion and the resiliency that comes with time and the acceptance of the limitations of life.”

That concern was shared by Friedman, who wrote that the change would “no doubt be a boon to the pharmaceutical industry, because it will encourage unnecessary treatment with antidepressants and antipsychotics.”

The APA asked those revising the DSM to provide financial disclosures of any grant money, consultation fees and stock ownership that could be perceived as a conflict of interest.

In an analysis of the disclosures, Lisa Cosgrove, a professor of counseling and school psychology at the University of Massachusetts, Boston, found that of those who served on the DSM-5 panel that eliminated the bereavement exclusion, 67 percent had ties to pharmaceutical companies that make the drugs used to treat mood disorders.

The APA did not respond to a request for an interview.

Cacciatore said those suffering from traumatic grief heal more quickly through human contact, often with a nod to the divine. Psychiatrists, she said, “can’t do someone’s grieving for them.”

“Nothing can comfort someone about the great mysteries of life like a relationship with another human being — sitting with someone, crying with someone,” she said. “We have to let people go through the dark night of the soul.” 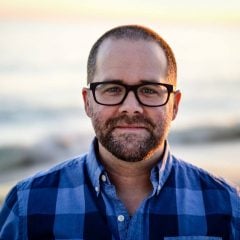 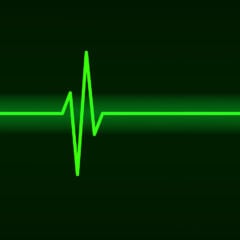 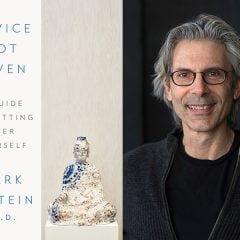 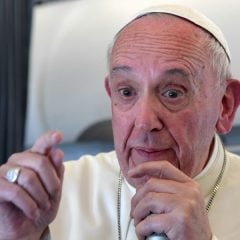