VATICAN CITY (RNS) Pope Francis and Archbishop of Canterbury Justin Welby will meet in Rome on Friday (June 14) for the first time since the two men took office in March. 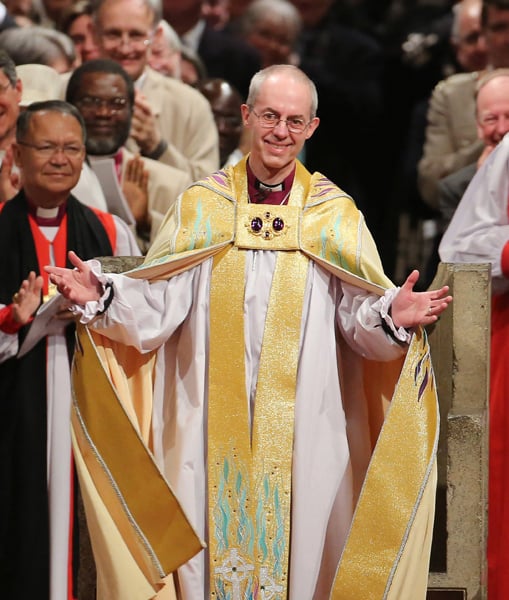 Justin Welby, the 57-year old former oil executive who quit the world of high finance in 1992 to become a priest, was enthroned Thursday (March 21) as the 105th archbishop of Canterbury and spiritual leader of the world’s 77 million Anglicans. Photo courtesy Anglican Communion News Service/The Press Association

Francis was inaugurated as the head of the world’s 1.2 billion Roman Catholics on March 19, while Welby officially took over as Archbishop of Canterbury and spiritual leader of the 77 million-member Anglican Communion on March 21.

Some hope the meeting could put Anglican-Catholic relations on a firmer footing.

Welby’s visit to Rome will be “short but very significant,” said the Rev. Mark Langham, the Vatican’s point man on dialogue with Anglicans.

While its primary purpose is to allow the two leaders to get to know each other, he noted that they share the same concerns about poverty and the global economic crisis.

“They will find they have much in common in their view of how religion and the church must act to change society, and especially to raise up the dignity of the poor and the marginalized,” Langham said.

On the issue of an “economy for the people,” they have “many ideas in common,” said Archbishop David Moxon, the Anglican representative in Rome.

Both men stand in stark contrast to their bookish predecessors. Welby worked as an oil executive before becoming a priest and bishop as a second career, while Francis rode public transportation and lived among the poor as archbishop of Buenos Aires.

With new leadership on both sides, the relationship between Anglicans and Catholics could be primed for a reset after several years of tension following Pope Benedict XVI’s controversial initiative to woo back disgruntled Anglicans

For years, the Catholic Church has been critical of the Anglicans’ decision to ordain women priests in the Church of England, and is unhappy over steps to allow women bishops.

Relations between the two churches were strained in 2009 when the Vatican announced a special structure, called an “ordinariate,” to allow conservative Anglicans to convert to Catholicism while retaining bits of their Anglican tradition. 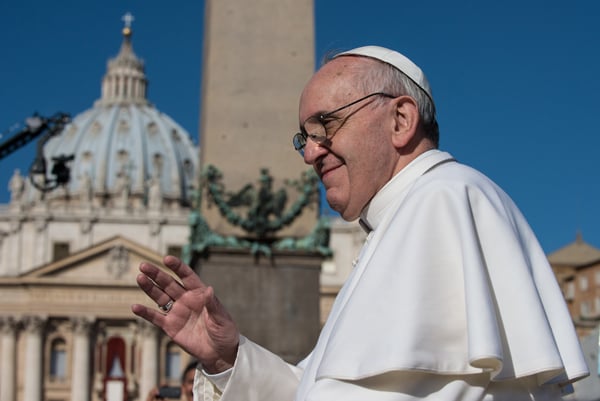 When he was still in Argentina, then-Cardinal Jorge Bergoglio’s Anglican counterpart recalled him saying that he thought the special structure for Anglicans was “unnecessary,” and that the Catholic Church “needs us as Anglicans.”

But both Moxon and Langham stress that the tensions are now past, pointing out that an official dialogue between Anglicans and Catholics that had been suspended in 2007 over the ordination of an openly gay bishop by U.S. Episcopalians had been recently restarted.

Catholics and Anglicans in the United Kingdom have also lobbied together in an unsuccessful campaign against the legalization of gay marriage.

While the aim of achieving a “visible unity” between the two churches is a distant goal, “in the meantime there is a great deal we can do together to increase the degree of communion,” Moxon said.