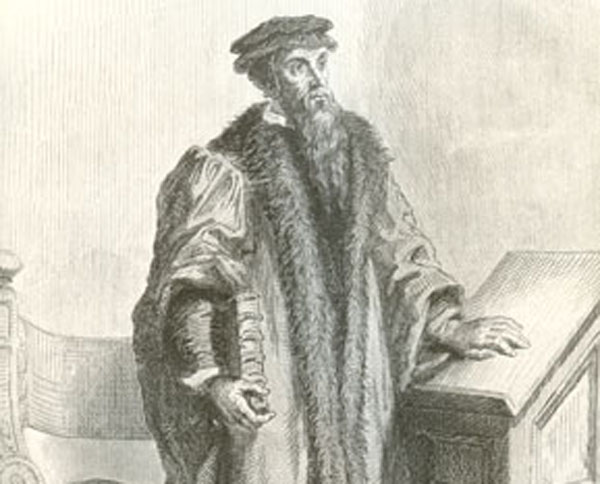 (RNS) Can't we all just get along?

That was the question that Southern Baptists, torn between Calvinists and non-Calvinists, seemed to be asking as they opened their two-day annual meeting in Houston. 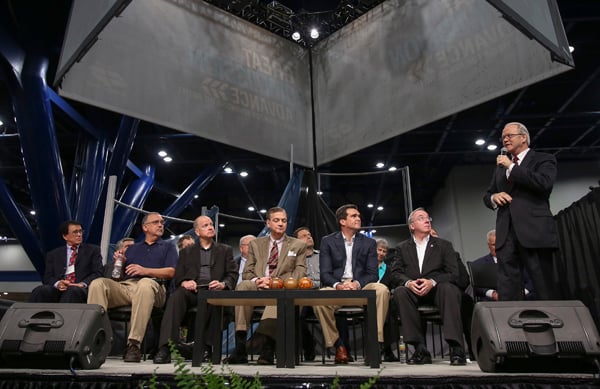 Frank Page, president of the Southern Baptist Convention’s Executive Committee, created a 19-member advisory committee that produced a report in time for the meeting called “Truth, Trust and Testimony.”

Southern Baptists have been divided over Calvinism since their denomination began in 1845, but Page said Monday (June 10) that disagreements had reached a tipping point.

“The truth is, I see an anti-Calvinism now that frightens me; it’s a vitriol that is nasty,” he said, adding he also has friends who were concerned about “extreme Calvinists.” “So it was my opinion that we need to deal with this. ... Trust is hitting a new low.”

Calvinism, based on the teachings of 16th-century Protestant Reformer John Calvin, differs from traditional Baptist theology in key aspects, particularly on the role of human free will and whether God chooses only the "elect" for salvation.

The 3,200-word report calls for mutual respect among the differing factions, saying opponents should talk to each other rather than about each other, especially on social media. Churches and would-be pastors also need to be honest about whether they embrace or shun Calvinism, it said.

“We agree that the Gospel should be proclaimed to everyone, but we differ as to whether or how every hearer will be enabled to respond,’’ the report says.

In a brief presentation on the report Tuesday during the SBC meeting, Page prayed that its message would be heeded. 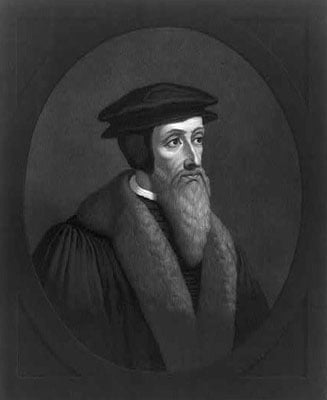 The 16th century Protestant Reformer John Calvin is perhaps best known as the godfather of Reformed churches, including Presbyterianism. But it's young American evangelicals who are now picking up his theological torch. Religion News Service photo courtesy Library of Congress

“When we are tempted to talk about each other and at each other," he prayed, "may we be reminded of your call to Christian civility."

The document urges Southern Baptists to move beyond arguments to agreement on spreading the gospel.

“We deny that the main purpose of the Southern Baptist Convention is theological debate,” it says, noting that the next generation of Southern Baptists don't want to wonder if the denomination is “on mission or merely a debating society.”

“The Lord called us to be one,” said Steve Lemke, provost of New Orleans Baptist Theological Seminary and co-author of a book critiquing Calvinism. “It’s his desire that we be one -- one in spirit and mind, one in Christ. He didn’t say we have to be one in theology or one in worship style.”

Added Mark Dever, a pastor in Washington, D.C., and outspoken supporter of Calvinism: “The things that we have in common really are more important than the disagreements that we have.”

“In a way I suspect all the people who really give a flip about this are here right now or listening on the Internet, so it’s really up to all of you as to what happens with this,” said Ledbetter, the sole woman on the committee. “We can talk it to death and I think we probably have. What matters is what you do with your life in the way you relate to other people.”