Remember Iran?
You know, the place where we first saw massive demonstrations for freedom and dignity, before the Arab Spring?

While our eyes are fixed on Turkey (and rightly so), and while the world neglects Syria, Myanmar, Palestine, and other atrocities, something dramatic might be brewing in Iran. 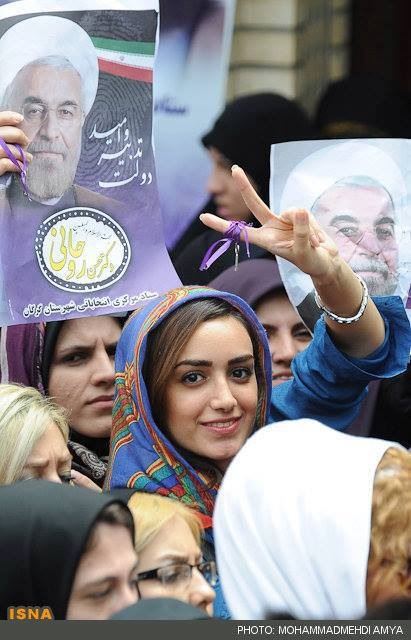 Iranians are going to the ballot box to choose their next president.  After 8 years of Mahmoud Ahmadinejad, it is an opportunity to chart a new direction for the country.

It is not an ideal situation, by any means, as a high-ranking council has already eliminated almost all the reformist candidates from running for office.

Until a few weeks ago, there was a viable movement of reformist-oriented Iranians committed to boycotting the whole election to demonstrate the fact that they considered the whole system of choosing candidates hopelessly corrupt and non-representative. 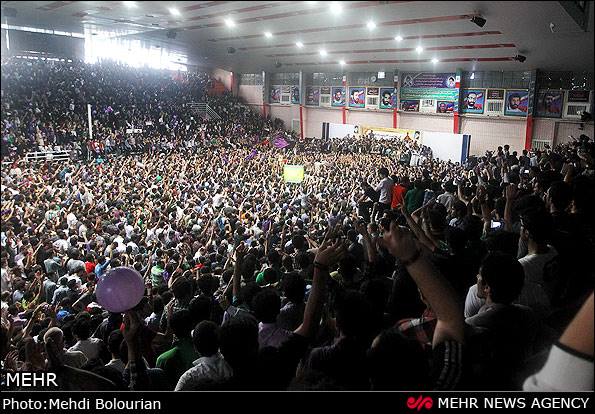 rally in support of Rouhani

Then something very funny happened on the way to the elections.  A new campaign has emerged:  “Man ra’y meedaham”  (” I am voting.”)  Iranians have decided that they are going to vote realistically, through this imperfect system and choose the least imperfect candidate. 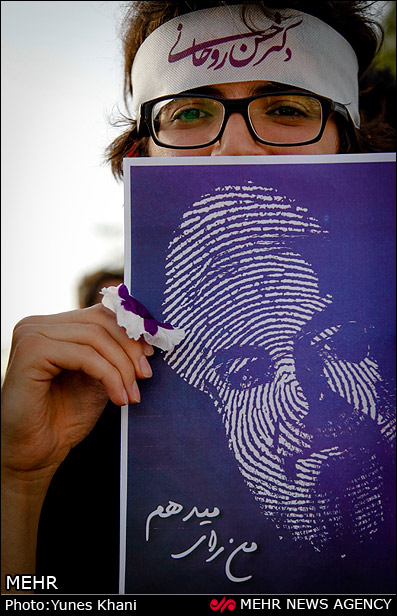 The only prominent reformist candidate, Mohammad Reza Aref, was urged to withdraw from the election.   While there are a number of conservative candidates, there was also one remaining moderate candidate, Hassan Rouhani (Rowhani).

Oddly, amazingly, and somewhat surprisingly, reformists and moderates/centrists have come together in their support for Rouhani.   Much of Iran is awash in purple (Rouhani’s color), and a golden key (symbolizing opening the door to new possibilities). 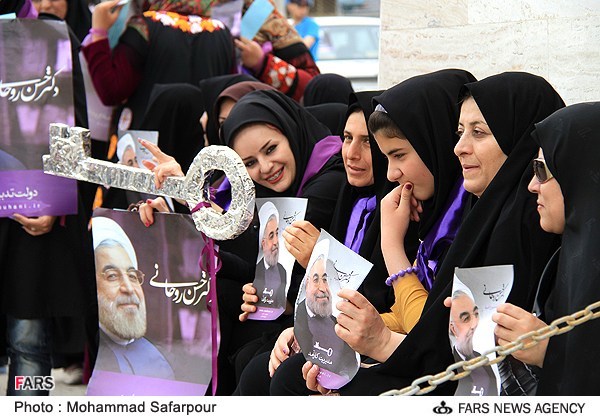 purple, and key to new possibilities

Rowhani has been deftly touring the country, and has put together a broad coalition among people outside of Tehran, religiously inclined Iranians, women, university students, reformists, and moderates.

He has impeccable revolutionary credentials.  He was jailed twice in the 1960’s for criticizing the Shah.   He might have been the first to dub Ayatollah Khomeini “Imam Khomeini.”   [thus sayeth Wikipedia.] He served in the Iranian parliament (Majles) for 20 yeas.   He is a high-ranking cleric, a member of the Assembly of Experts for about 15 years.   He has led Iran’s dealing with the West, including in nuclear negotiations and the EU.   His detailed memoirs of these negotiations are one of the most insightful looks inside these contentious and protracted dealings.

Rouhani seems to be the rare person who can bring together Hashemi Rafsanjani’s famous centrist policies with Khatami’s reformist leanings.    Both of them have publicly endorsed Rouhani.

So what does Rouhani stand for?   Some of his position statements are listed here:

Rouhani states:  *“Freedom of thought is our absolute right.”
This is an important indication, given the Iranian restrictions on freedom of press and intellectual debates. 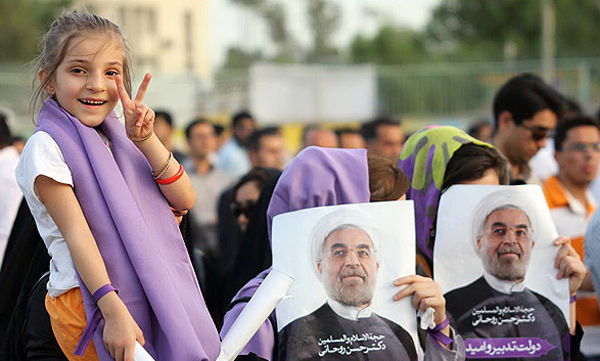 Youth in support of Rouhani 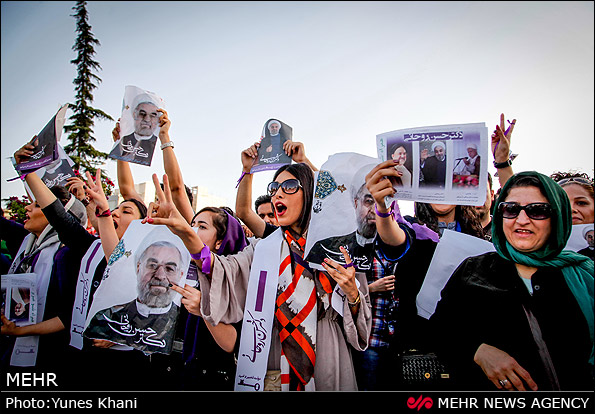 women in support of Rouhani

Rouhani supports moving away from a police state and “security” in favor of freedom.

Rouhani states:
We do not need to make national space one of “security.”  Our youth are our security.

The universities do not need to be places of “security.”

In the social realm, men and women will be equal.
No one will oppress women’s right in the name of Islam.

One of the more prominent statements in many of the rallies in support of Rouhani have been women holding up signs that read: 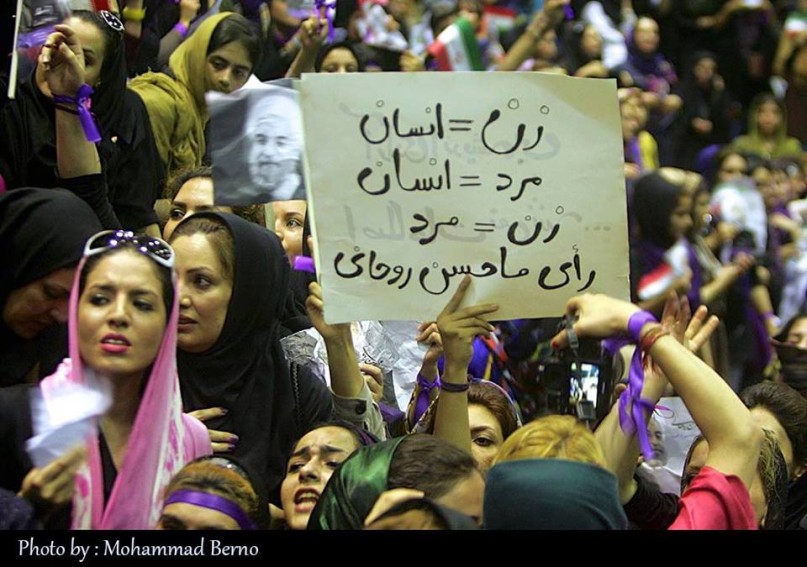 Don’t let anyone make you hopeless. There are those who want to say don’t bother voting, because it’s all been fixed ahead of time.  These are demonic ideas from those who want you to not rush to the ballot box.   Know that if the people are aware and mindful, no one other than the people can choose the president. 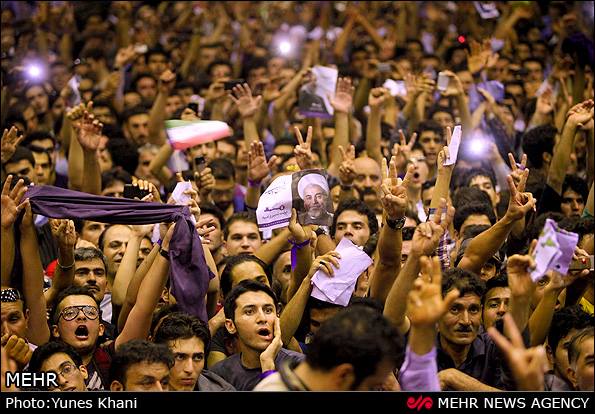 crowds in support of Rouhani

For some of us longtime participants in Iranian debates, the scene is indeed a bit reminiscent of the 1990’s excitement over the election of the relatively unknown Mohammad Khatami.    Hopefully if there is one thing that Iranians have learned from the Khatami experiment is that yes, having a wise president does matter, and can propel the country forward.  And as we have learned in the United States, having a wise person in the office in the land means little if we give in to delusional messianic expectations of a one-man redemption project.     We ourselves are indeed the saviors that we have been waiting for, and it is up to us, the people, to hold our leaders accountable and responsible.

Wishing the best for the people of Iran, in their ongoing quest for democracy, dignity, and freedom.

Images are from here and here.  HT to Golbarg Bashi, for having alerted me to many of these photos.