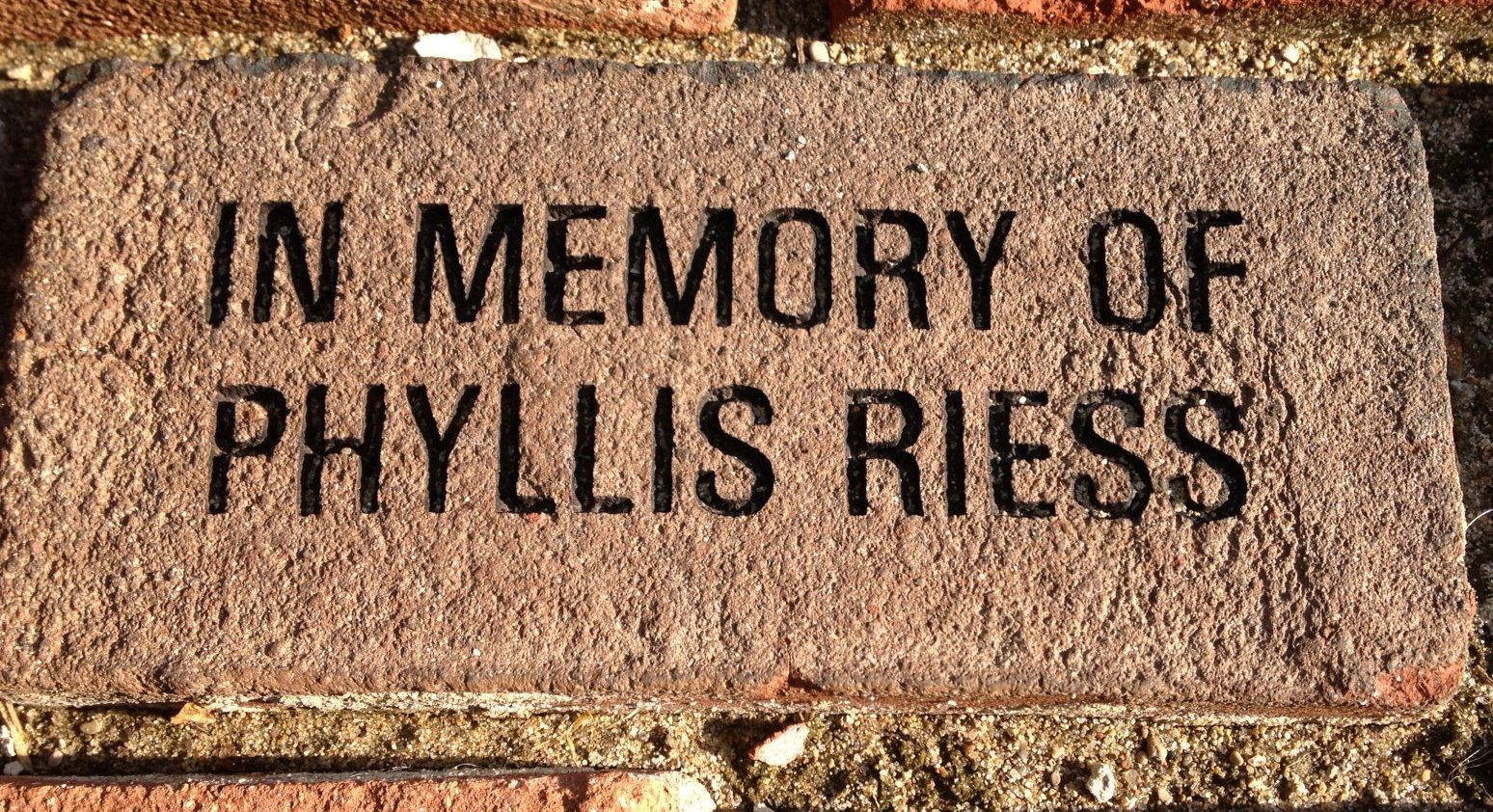 This brick is now in the walkway leading up to our neighborhood library. I think my mom, who loved to read, would be pleased. Today is the six-month anniversary of her death. (Author photo)

Some months ago, a pastor in western New York started sending me consolation literature. I had met him when I was speaking in his area, at the first event I did after Mom’s passing. I was emotionally raw, and I guess it showed, because not long after I talked with him the first grief pamphlet showed up in my mailbox. In the accompanying letter he said,

Other than “beware the first anniversary,” I don’t have much advice other than: dwell in the grief — embrace it when you can, let it leak out when it will, but don’t ignore it.

Wise words. I took them to heart, and have tried to put them into practice. I have embraced the grief when it comes to me. Those waves are less frequent and physically intense than they were at first. Six months ago, sometimes the grief was so intense I literally could not breathe; it felt like something was physically pressing on my chest.

I remember one terrible moment during MLK Day weekend, just a couple of weeks after Mom died. I had recovered from a debilitating bout of post-funeral flu enough to accompany my family on a day trip to Columbus, where we went to the COSI museum (terrific museum, by the way) and had a grand day out. I was feeling good and rather proud of myself.

Then, browsing in the museum store at the end of the day, I came across a delightful book called Good Night iPad that made me laugh out loud right in the store. My first thought was, “I have to get a copy of this for my mom!”

And then it hit me, like an oncoming train: I would never give her gifts again, never laugh with her about clever books again, never be able to call her. She was gone. I started weeping right there in the store — chest heaving and the whole thing.

Moments like that come a little less frequently now, which the second pamphlet — designed for the three-month mark, which the pastor thoughtfully sent on that exact anniversary — assures me is normal. And then I feel a little guilty that the anguish is slowly, almost imperceptibly, shifting into a lower gear.

The pamphlet says this is normal too.

I still have a good cry pretty regularly. I talk to Mom sometimes, like when I am trying to sort through her finances or deal with my teenager, or when something happens in our lives that I know she would have just loved. I feel her presence here with me.

But the loss is here with me too. As Edna St. Vincent Millay said, “The presence of that absence is everywhere.”

Trust a poet to capture the truth.