(RNS) Tumult in Egypt reminds me how complicated the world can be, especially for a culture like our own that is shaped by good guy vs. bad guy dramas.

Who are the "good guys" in Cairo? Is the ousted president a good guy for being democratically elected or a bad guy for pursuing isolationist Islamic policies? Is the military saving Egypt or preserving privileges?

It isn't just the inherent complexity of any human situation. It's the complexity of societies that have rules and histories quite unlike our own. 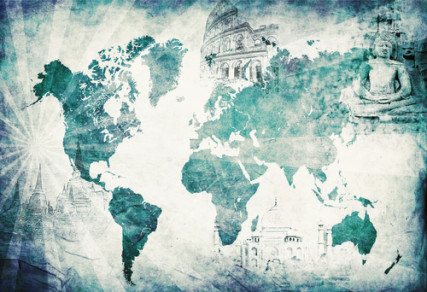 We see an election in Iran but aren't sure who actually is running the country and its potential nuclear threat. Who's to blame when a society cannot escape rampant suffering and corruption?

Brazil positions itself as a modern economic powerhouse, then stumbles in street crime and the crippling effects of systemic poverty.

It's like watching our own right wing: determined to impose their ideology, no matter what damage they do to the economy, to people and to the rule of law. Those who raise their children to compromise and be reasonable are baffled by such reckless rigidity.

In the modern global connectedness, our future depends on making our way through a minefield of things we don't understand and can't reduce to crime-drama simplicity.

We should be teaching the arts of subtlety -- learned through literature, history, ethics and philosophy. Instead we teach how to make things work profitably through engineering and technology. Those are useful skills, but they shouldn't be allowed to override a grasp of nuance and complexity.

If we cannot comprehend human motivation -- especially what motivates people who aren't like us -- then we are always surprised and unprepared for the world as it is. That leads to short-horizon reactions such as bullying and buying.

I see this most clearly in religion, the field in which I work.

Christian fundamentalism claims to be grounded in Scripture, but its true grounding is the simple on-off switch that says do or don't do, good or bad, godly or demonic.

Bible passages can mean only one thing, say fundamentalists, when in fact most everything in Scripture is open to interpretation and fresh understanding. Jesus taught in parables, after all, the form of subtlety and ambiguity.

Fundamentalists fight science, because its relentless discoveries of the hitherto unknown demand a recalibration of theology and submission to the complex.

Progressive Christianity, meanwhile, cannot imagine seeing beyond the "isms" that have marked its quest for superiority. Sexism, ageism and racism offer simple lenses for seeing reality, but they rarely move beyond blaming and toward resolving.

The search for simplicity sounds benign, but it can turn politicians into ideologues and bullies, and religion into a monster. It renders us confused in a world that is anything but simple.

In the end, we do have decisions to make, and many of those decisions are binary. Vote for this candidate or that candidate, say yes or no to hot-button ethical issues, send troops to Syria or not, stay married or get divorced.

But our pathway to the binary moment requires us to do more work than we sometimes want to do. Wrestle with ambiguities, listen to voices outside our tribe, contemplate the many impacts that a decision has, and consider the needs of others.

That work, and not the specific decision itself, is what measures our moral standing.