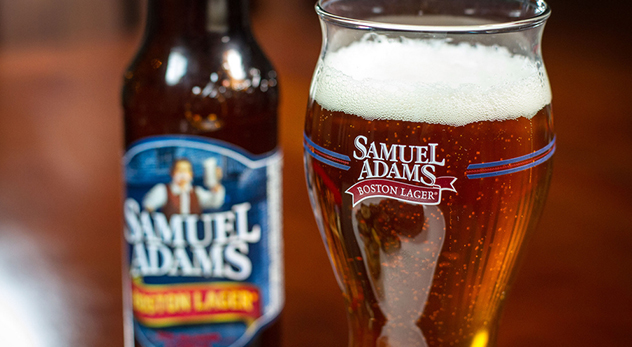 Marketers at the Boston Beer Company have a new brew they want you to taste: secularism. And to sell it, they’ve redacted the Declaration of Independence.

The company omitted the reference to God in the preamble to America’s second most important document in a recent advertisement for their Samuel Adams brand. In the Independence Day ad, an actor says, “All men are created equal, that they are endowed with certain unalienable rights: life, liberty and the pursuit of happiness.” The original wording, composed by Thomas Jefferson reads, “endowed by their Creator.”

Not surprisingly, some consumers are outraged.

One person wrote on the Samuel Adams’ Facebook page, “I guess I should not be surprised that a company, interested only in profit, would rewrite American history for commercial gain.” Another commented, “It’s not about religion, it’s about HISTORY! The fact is, “Creator” is in the quote. It was your choice to use the quote-use it all. Thank you for showing us where you stand or rather don’t stand.”

The Boston Beer Company released a statement defending its decision. “We adhere to an advertising code, established by the Beer Institute – a beer industry trade organization—that states, ‘Beer advertising and marketing materials should not include religion or religious themes’,” the statement said.

But such a defense fails to explain why they chose to wade into these waters in the first place, which is why many patrons aren’t buying it. Samuel Adams’ marketers had a near infinite number of themes they could have chosen for their Independence Day advertisement. They might have selected fireworks or family gatherings or — here’s an idea — the superior quality of their product. Instead, they chose to wade unnecessarily into a contentious cultural debate. By so doing, they’ve loaded ammo into conservatives’ guns, adding weight to the argument that government and some corporations are cramming a politically correct and secularist agenda down their throats.

I’ve argued that America has been moving into a post-Christian moment for some time, but bold moves like this one say something stark about our culture. We have arrived at a time in our history where some people are so offended by even the idea of God that they can’t bear to speak God’s name or quote someone else speaking God’s name. Worse yet, they have to delete God’s name from the Declaration of Independence to make a point.

It says something about our culture that a beer company–one named after a deeply religious man, no less–would pick such a fight with so little to gain and so much to lose.

If you’ve followed my columns or read my recent book, you know I am an equal opportunity offender. I have also criticized fellow Christians and conservatives for being unnecessarily divisive or forcing their point of view on others who disagree with them. (Case in point: the “War on Christmas.”) We’ll never move beyond the culture wars unless we stop this kind of pointless eye-poking.

But more than being unnecessarily inflammatory, this advertising omission is troubling because it robs the declaration of meaning. Historians will tell you  Jefferson noted that these rights are “endowed by the Creator” to emphasize that they can not be revoked. They are universal, for all time and all people. As with God, the founding father was asserting they are timeless and true. So the error made by Samuel Adams is not just religious; it’s historical.

Turns out, more than a few feel the the ad drew an unnecessary line in the sand and then threw that sand into the eyes of millions of religious Americans and historical purists. And who can blame them. The combination of political correctness, historical inaccuracy, and a needless slight to the religious are enough to drive someone to drink.