(RNS) In most parts of the world, arranged marriages are a time-honored expression of religious and cultural orthodoxy. Even in modern-day Israel, with its educated and affluent population, the tradition endures in the Hasidic community. But “Fill the Void” is not the critique of sexist repression we might have expected. It’s an artful, character-driven drama that constitutes a minor miracle of empathy. 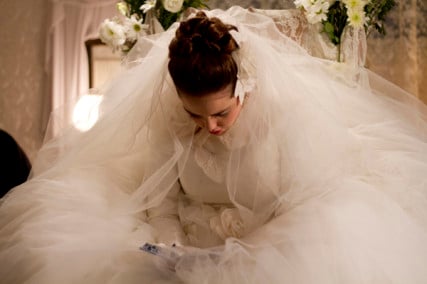 The source of that empathy is director Rama Burshtein’s own life. She is the first ultra-Orthodox Israeli woman to direct a feature film, and the yearning for independent identity is embodied in her heroine, Shira (Hadas Yaron).

The pretty preschool teacher is 18, the age at which it is appropriate to consider offers of marriage. Shira’s mother (Irit Sheleg) sifts through the businesslike proposals, hoping to find a gem among the bearded, black-hatted men in their tightknit Tel Aviv community.

The gold standard among men is handsome Yochay (Yiftach Klein), who is happily married to Shira’s pregnant sister, Esther. At the end of a tuneful Purim feast, tipsy Yochay proclaims his love for his wife, and it’s a poignant irony that this patriarchal society allows men to express more joy than women.

Yet when Esther dies in childbirth, Yochay must manfully mourn and quickly find a mate to raise their newborn son. Shira’s mother, fearful that her grandson may move with his father abroad, encourages Shira to marry Yochay. But the girl and her brother-in-law are wary of each other, despite an obvious mutual attraction, and Shira’s homely old-maid cousin Frieda (Hila Feldman) senses an opportunity to catch Yochay on the rebound. 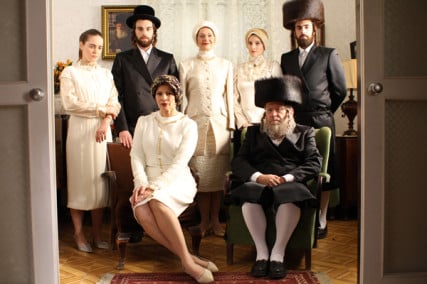 “Fill the Void” is delicately well-acted, with gestures and expressions filling the void of forbidden words. When Shira contemplates whether to marry for love, for money or not at all, she expresses herself on a mournful accordion — to the bemusement of the schoolchildren who expected a singalong.

The expressive artistry extends to the look of the film. The shallow-focus cinematography gives some of the scenes a ceremonial glow like “The Godfather,” a movie with which it shares a sense of familial duty. But in “Fill the Void,” refusing unsuitable offers might lead to an awakened life instead of a sleep with the fishes.