Supporters of immigration reform gathered near the U.S. Capitol on June 25 during a week of daily prayer gatherings organized by the Evangelical Immigration Table. Sojourners staffers and supporters read Scriptures and prayed as senators considered legislation. RNS Photo by Adelle M. Banks

WASHINGTON (RNS) Evangelical leaders pushing for comprehensive immigration reform will be back in Washington next week, praying and lobbying on Capitol Hill.

They’ll need all the help they can get — divine or otherwise — after the Senate’s immigration reform bill hit a brick wall of opposition in the Republican-controlled House.

Dozens of Catholic university presidents sent a letter Thursday (July 18) to Catholic members of Congress urging them to act, declaring, “We are part of an immigrant church in an immigrant nation.”

From Nuns on the Bus to the National Hispanic Christian Leadership Conference, religious forces have pressed lawmakers on a path to citizenship for millions of undocumented immigrants. They were largely successful in the Senate, but the outlook is less clear in the more conservative House.

“If anyone should be able to speak to some of these House Republicans, it should be particularly some of these evangelical groups,” said Ruth Melkonian-Hoover, chair of the political science department at Gordon College, an evangelical school in Massachusetts. 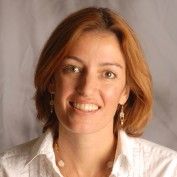 “They should really be heard … in terms of not only making a moral argument as to why Republicans ought to pay attention. I think many are making a very careful and prudent argument.”

Members of the Evangelical Immigration Table — whose membership draws from many of the same sources as the GOP — are promoting principles of human dignity, family unity, secure borders, respect for the rule of law and fairness for taxpayers.

In their letter to House members, more than 90 Catholic educators urged them to “draw wisdom and moral courage from our shared faith tradition” that values human dignity: “We remind you that no human being made in the image of God is illegal.”

The Rev. Kevin Wildes, president of Loyola University New Orleans, said he hopes they can help make a difference, especially for “children who made no choice in this matter but they’re penalized for it.” “I’m just hoping that we can nudge at least some of the Catholic members of Congress,” he said.

According to the Association of Jesuit Colleges and Universities, almost one-tenth of the 535 members of Congress are graduates of Jesuit institutions. That includes 11 in the Senate and 41 in the House. Among them: House Speaker John Boehner, a graduate of Xavier University in Ohio.

Boehner has said the House will not consider “the flawed legislation rushed through the Senate” but he is open to a stand-alone bill that would offer legal status to children who entered the country illegally.

Proponents had hoped for House action before the August congressional recess. But Suzii Paynter, executive coordinator of the Cooperative Baptist Fellowship, said more time could be a help.

“I think the faith community has a very good opportunity to speak with their elected representatives back at home,” said Paynter, who spoke at a July 10 forum on immigration reform at the George W. Bush Presidential Center in Dallas.

She said they can discuss how the economy could improve with a path to citizenship, and how churches could offer free English classes to people completing language requirements needed for a green card.

But as religious advocates push for reform, opponents are pushing back as well.

“They’ll do an ad in a district, but we’ll go to our evangelical members and have them calling up the congressman, identifying the church that they go to, and saying as an evangelical, I want you to put the interest of unemployed Americans first,” said Roy Beck, president of NumbersUSA, which opposes comprehensive immigration reform.

NumbersUSA says about a third of its members are evangelical.

“They are getting to Congress members through a well-funded campaign, and also some important concerns about the need for reform,” said Kelly Monroe Kullberg, who spearheaded the letter and is president of Christians for a Sustainable Economy. “EBI desires both justice to citizens and kindness to guests.”

The Evangelical Immigration Table, which claims 25,000 prayer partners, is planning a “day of prayer and action” on July 24. Both evangelicals and Democrats warned GOP leaders not to ignore their base on this issue.

“As Republicans worry about making gains among constituencies that opposed them in 2012 — women, youth, Latinos, African-Americans,” Michael Wear, who oversaw religious outreach for Obama’s re-election campaign, wrote in The Atlantic, “they would be wise to not discount the chance that they stand on the precipice of losing the support of one of the strongest elements of their base: evangelicals.”