(RNS) More than 1,200 people have signed an online petition decrying the “silence” and “inattention” of evangelical leaders to sexual abuse in their churches.

The statement was prompted by recent child abuse allegations against Sovereign Grace Ministries, an umbrella group of 80 Reformed evangelical churches based in Louisville, Ky.

“Recent allegations of sexual abuse and cover-up within a well known international ministry and subsequent public statements by several evangelical leaders have angered and distressed many, both inside and outside of the Church,” reads the three-page statement spearheaded by GRACE (Godly Response to Abuse in the Christian Environment).

“These events expose the troubling reality that, far too often, the Church’s instincts are no different than from those of many other institutions, responding to such allegations by moving to protect her structures rather than her children.” 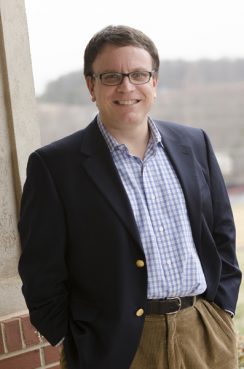 Basyle “Boz” Tchividjian, the executive director of GRACE and a Liberty University law professor, said Christians should be able to work together to protect children and care for victims despite theological differences. Photo by Christopher Breedlove

In May, a judge dismissed many of the charges against Sovereign Grace, but lawyers for the victims appealed the verdict. Board members of Sovereign Grace have said they “abhor sexual abuse of any kind” and said they have not found evidence of a cover-up.

Basyle “Boz” Tchividjian, the executive director of GRACE and a Liberty University law professor, said Christians should be able to work together to protect children and care for victims despite theological differences.

Tchividjian, a grandson of evangelist Billy Graham, previously criticized leaders who spoke out in support of C.J. Mahaney, who had been named as a defendant in the SGM suit.

Signatories on the statement, which was released on July 17 but has attracted additional signers, include Tim Clinton, president of the American Association of Christian Counselors; Michael Reagan, son of President Ronald Reagan; Paul Young, author of “The Shack”; and Jonathan Merritt, evangelical writer and senior columnist for Religion News Service.