The Italian edition of Vanity Fair has named him Man of the Year. The Washington Post Wonkblog, of all places, quotes him in a post on forgiveness. Ross Douthat in The New York Times nods approvingly at a piece in The Telegraph that says Francis has “decontaminated the Catholic brand.”

And so on and so on.

Not bad for four months on the job. After the triumph of Brazil and the plane ride back, is there any question that Francis is an international pop culture hero? For Catholics and non-Catholics across the globe, the positive buzz is all but unrelenting. And how many of those singing his praises today could have picked him out of a lineup in February?

In 2013, cultural icons surge and retreat like tsunamis. Remember Carly Rae Jepsen? (Sure you do: “Call Me Maybe?”) But even in this viral era, lightning international popularity with a moral message is something unusual. Since the dawn of broadcast media, who else has managed this trick as well as Francis when starting with so little in the way of fame?

Early Obama had the massive international buzz, helped by his name, his race, and his great oratory. Recall candidate Obama’s joyous visit to Germany in 2008. But his popularity at home has never been much beyond a bare majority.

Boris Yeltsin? Early on he had the benefit of not being the dour Mikhail Gorbachev and of becoming the first president of non-Soviet Russia. And then he was given the dramatic stage of surviving a coup attempt by hardliners — along with that impromptu speech he gave atop a tank. He became, for a while, an international hero of freedom. And he had a certain rough charm. Your happy-drunk uncle.

John Paul II? Of course, he also had remarkably good stuff early on. But his natural gifts were amplified by Cold War politics and the then-novelty of a non-Italian pope. Francis is mostly generating his own tailwind.

Desmond Tutu? Unquestionably a star. But his international fame built over many years. Ditto Nelson Mandela. 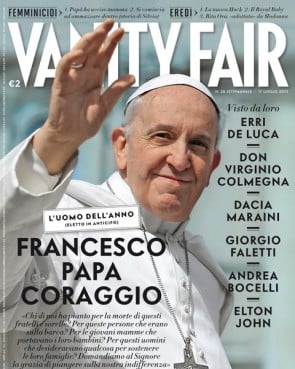 The Dalai Lama? He’s more like a jazz star than a rock star. He mostly fills auditoriums, not stadiums.

The Beatles? Among a certain age group, there are parallels. Like Francis, they both rode a wave and helped create it. And yes, embedded in a lot of their music was a moral message or two.

What do experts in image say about Francis and his context? Guy Golan teaches about public and diplomatic relations at the Newhouse School of Syracuse University and also studies the confluence of religion and media.

Yes, Francis has quickly accomplished something special, he said.

“This pope gives people a reason to be excited about the Catholic Church. And not just the faithful,” he said. “I’m an Israeli Jew and I’m paying attention.”

What are the elements that help someone achieve that kind of success? Actions that demonstrate leadership and align with organizational values, Golan said. And it doesn’t hurt to appear unscripted.

For Golan, a better comparison than those political or religious figures is William Clay Ford. Great-grandson of the founder of the Ford Motor Company, he took over when the corporate reputation was at a nadir and guided the company back from the brink.

His message, said Golan: “We’re going back to the same values that my grandfather brought.”

That call back to successful values worked in part, Golan said, because the younger Ford acted in ways that were visibly consistent with those values — emphasizing the importance of employees over a simple return to shareholders. 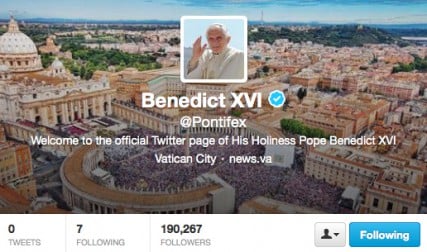 Reuters recounted how Bill Ford reacted to a plant explosion that killed six Ford workers shortly after he took over:

“Ford, then 42 and a recent arrival as chairman, bucked the advice of handlers who told them that a general does not go to the front lines. His response: ‘Then bust me down to private.’ He also won over lifelong friends among Ford factory workers by attending the funerals for the victims and expressing his remorse.”

Like the younger Ford, Francis stepped into leadership at a time when the reputation of his organization was tied to repeated scandals and failures. And literally from the moment Francis was named as pope, he’s generated a series of unscripted examples of living out particular traditional Catholic values:

From the selection of his papal name to immediate rejection of some pomp and ceremony to visibly and literally embracing the poor and outcasts to that remarkable, spontaneous  give-and-take with reporters on the plane ride back from Brazil.

Not to mention, Golan notes, this papacy’s active online outreach. As he begins the culminating weekend of his first international trip, Pope Francis is receiving a wildly enthusiastic reception. Millions of pilgrims, many of whom have traveled far and wide, clamor to hear him speak. RNS photo by Robson Coehlo

Benedict XVI was the first pope on Twitter. But @pontifex under Francis has been a more regular source of tweets.

And in 2013, Francis has the Internet benefit of having any good moment instantly broadcast to the world. Even a small moment, like his helicopter farewell to Brazil, where he made the sign of the cross, followed by tracing out a heart through the window. And tens of thousands of YouTube watchers took a break from cute cat videos to say “Awwww…”

A successful leader prioritizes his message, Golan said. Nobody can talk to everyone at the same time. Francis has clearly decided to talk to the broadest audience rather than focus on the church faithful and his actions have been consistent with that decision, he said.

Not to say that Francis doesn’t have his critics. But thus far, they’re shooting from the margins: Advocates for particular causes — women’s ordination, the plight of those sexually abused by priests — who view the world through their particular lenses. Traditionalist Catholics whose very beliefs mandate respect for the pope, even as they try to figure out how to disagree. Deep insiders who complain he’s not done enough to clean up the political machinations of the Curia.

And inevitably, he’ll make the sort of human mistake that pulls down a pop icon. His rapid rise creates the risk of an even steeper fall.

“The media business likes to blow up balloons and then pop them,” Golan said.

But as long as a public figure’s behavior stays consistent with those organizational values, he or she is likely to survive the hard patches, he said.