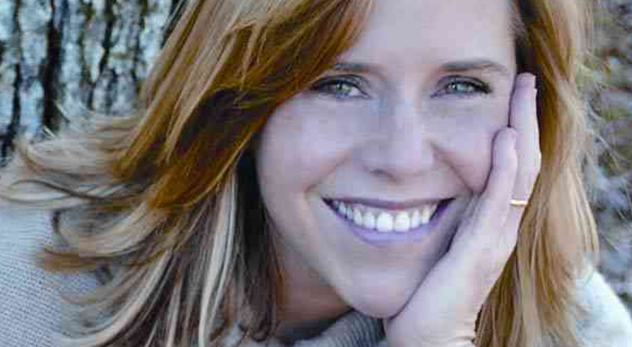 Rev. Lillian Daniel is calling a disenchanted generation of Christians back to church. Though she is a liberal Protestant, her message is resonating with evangelicals, mainliners, and Catholics.

Young people are disillusioned, disenchanted, and in some cases, downright disgusted with organized religion. So while they still want to follow Jesus, they are leaving the church and all its judgmental, hypocritical, anti-gay, partisan baggage behind.

In the middle of this storyline, which is quite frankly growing staler by the headline, comes Rev. Lillian Daniel and her hit book When Spiritual But Not Religious is Not Enough. It’s incredibly well-written, and though she is a liberal Protestant minister, I think her message resonates with where many conservative evangelicals are.

Daniel shares how she has seen the good and bad sides of the local church–a BB gun-toting grandma, a rock-and-roller sexton, a worship service attended by animals and a group of theologians at Sing-Sing prison. Despite their flaws, she argues that local Christian communities play an important role in the life of faith, even though her spiritual journey extends well beyond the pews. Here we discuss why so many people want to follow Jesus without attending church and why she thinks this approach isn’t enough.

JM: In your opinion, why has this spiritual-but-not-religious (SBNR) trend become so popular today?

LD: People mean a lot of different things by SBNR, so let me clarify what I mean: Somebody who feels connected to the divine in some way but does not practice or worship with any community.

But in general, when other people say they’re SBNR, I think what they mean is, “I don’t worship anywhere, and I’m kind of proud of that because it implies that I’m a freethinker. I’m not spoon-fed dogma, and I don’t look down on other people who are different from me. Except, of course, people of faith who actually try to practice it in community.”

JM: But why is this approach “not enough?”

LD: When I say it’s not enough, I mean it’s not enough for me. And for other people who’ve been there and then hit a bump in the road and realized they didn’t have the spiritual depth to contend. For me, the SBNR path is too easy. It’s self-indulgent. There’s nothing unique in it, it merely reflects our culture of narcissism and individualism.

JM: But many people who consider themselves SBNR would respond to you by saying they are finding meaningful existence in the way they are choosing to follow God. What do you say to that?

LD: Often I find that SBNRs perceive themselves as being in this brave and bold minority. They seem unaware that they’re in the mainstream of American culture. They want to tell you this shocking news, that they’ve left the church and don’t need it anymore and they’ve put together this interesting spiritual life of their own. The point I make in the book is, it’s actually not very interesting. These people have a sense of terminal uniqueness.

Here’s what I want to tell them: Thank you for sharing, spiritual-but-not-religious person. You are now comfortably in the norm for self-centered American culture, right smack in the bland majority of people who find ancient religions dull but find themselves uniquely fascinating.

JM: Ok, so then what’s your answer? What do you think community is so important to an individual’s faith?

LD: Any idiot can find God alone in the sunset. It takes a certain maturity to find God in the person sitting next to you who not only voted for the wrong political party but has a baby who is crying while you’re trying to listen to the sermon. Community is where the religious rubber meets the road. People challenge us, ask hard questions, disagree, need things from us, require our forgiveness. It’s where we get to practice all the things we preach.

I think a lot of those who can’t tolerate organized religion are really just frustrated by other people. They think, “if they could just kick all of the flawed human beings out of the church, we could really do this Jesus thing. Better to do my spiritual life solo, where I don’t have to be disturbed by the amateurs.” But that’s arrogant. Churches are just groups of people, schools for sinners, not a club of saints. We must acknowledge that we need each other.

We weren’t meant to read these sacred texts alone. From the beginning people read them out loud in groups, early on in the first centuries of the church, in people’s living rooms, where presumably they talked about them afterwards, debated them, argued about what difference they made, probably over a glass of wine and a good meal.

But people can be so individualistic. We want a straight shot to the “God thing” unencumbered by other people, as though that is somehow purer. I just think it’s easier, and what we end up with is a God we have created in our own image, who tells us to do everything we are already doing, or want to do. Left to our own devices, we are left to all our own vices.

And I’m as guilty of that as the next person. If I could make up my own individualized religion, God would let me make my weekly offering at the shoe department at Nordstrom. And the closest thing to an admonition would be a gentle nudge to lose the five pounds after Thanksgiving I already wanted to lose anyway. I like that religion but it’s not going to do much to change me or the world.

JM: All this talk about arrogance and individualism and narcissism. Some people might say you sound like the judgmental jerks they are trying to get away from in the church? Are you?

LD: I may be, but I’m just trying to advance an argument. And to be frank, people don’t expect that from a liberal Protestant. Our church growth project for the last 50 years has been to listen to people complain about conservative Christians and nod sympathetically, hoping that if we are really, really nice, they will come to our churches. It hasn’t worked.

I am tired of apologizing for a church I am not a member of. It’s time to make a positive argument for the value and depth of religious community, not because it guarantees you a soft lounge chair in heaven, but because it makes life here on earth more meaningful.

JM: Fair enough. But then what sort of religious community the SBNRs should be looking for?

In my own leadership, I strive for a religious life that is reasonable, rigorous, and real. Reasonable in that you are not expected to leave your brain out on the sidewalk when you come into church. Rigorous in that it actually requires something of you, like contributing time, talent and even treasure to the mission, and even harder, involved worshipping something other than yourself. And real, in that it acknowledges that we are human beings, with sexualities, mental illnesses, financial worries, family problems, and all that should be acknowledged in the life of faith.

If you’ve been burned by a religious community–and I know so many people have been–don’t be afraid to dip your toe back in the water. Really search for a community of faith with the same seriousness you’d put into looking for a college or a new job or a house. You won’t find it in one visit or by surfing the web. You have to show up and worship with these people.

And lastly, if the only question you are asking yourself is what you are getting out of it, you are stuck in the culture of narcissism. When seeking a community of faith you should also be asking what you have to offer. The SBNRs are not just depriving themselves of a faith community, they are depriving a faith community of their God-given gifts.