JERUSALEM (RNS) Fearful that Syria might retaliate against Israel if the U.S. launches a military strike, Orthodox Jews and others are demanding the Israeli government distribute gas masks that will fit over their beards. 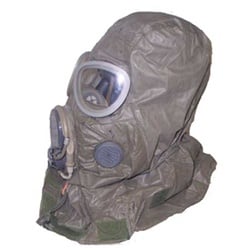 Gas mask hood to protect the head and neck area.

In recent days, as Orthodox Jews and other bearded men have gone to distribution centers to retrieve their protective hood-like gas masks, they learned the government has only a limited supply, earmarked solely for the elderly and people with breathing problems.

Demand for protective hoods — as well as standard-issue gas masks — has soared since the U.S. administration confirmed that Syrian civilians were killed last week by chemical weapons.

Last year, the Israeli government decided to provide all citizens with masks in the event of a non-conventional chemical attack, but there is a severe shortage of hoods and to a lesser extent, conventional masks, according to Nachman Shai, a member of Parliament.

The Orthodox Shas party is demanding that Israeli Prime Minister Benjamin Netanyahu order the mass production of the Bardas, a hooded device that was available to bearded men during the Gulf War, when Iraq attacked Israel with conventional weapons.

Unlike traditional gas masks, which cannot form a seal over a beard, the hoods cover the entire head.

Many Orthodox men do not shave their beards based on rabbinic interpretations of a biblical passage.

Meir Green, an Orthodox Jew, said he was unable to procure a Bardas to fit over his beard.

“If, heaven forbid, the masks are needed, there won’t be time to shave, even if a razor were available,” Green said. 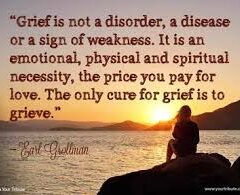 Opinion
For Rabbi Earl Grollman, death was the classroom