(RNS) “The mosques are our barracks, the domes our helmets, the minarets our bayonets and the faithful our soldiers.”

This was the Islamist poem quoted by the mayor of Istanbul, Turkey, in December 1997. Charged with using inflammatory speech, he was ejected from office and sentenced to jail by the Ankara High Court.

The Prime Minister of Turkey, Recep Tayyip Erdogan, held a meeting with the President of Chile, Sebastián Piñera in Ankara.

Today, that mayor, Recep Tayyip Erdogan, is prime minister of Turkey. During a decade in office, he has slowly but inexorably pushed secular Turkey, a member of NATO, toward an unabashedly Islamist future.

As a Muslim, I refuse to give up Islam to the Islamists. So should others who believe in a deeply pluralistic Islam of the sort my Indian-born grandparents taught. It is the only path to peaceful resolution of inevitable religious differences, within Islam and with other faiths.

Yet today pluralist manifestations of Islam are contracting. Never before has there been a time when Islam has been more threatened from within. That threat today is twofold: ideological and sectarian.

Ideologically, Islamists — both the violent kind and their political brethren — preach intolerance. They seek power by any means available to make all others conform to their rules. They are equally at war with moderate Muslims and people of other faiths.

At the same time, Islam is cleaving along ancient, sectarian lines. The two main branches of the faith — Sunni and Shiite — are separating and preparing for conflict. This is happening physically, as in Iraq, where once-peaceful mixed neighborhoods are reorganizing as Shiite or Sunni enclaves. And it’s happening psychologically, as intolerant Islamists on both sides stoke fear and isolation.

This is giving birth to an unprecedented age of conflict, waged in the name of Islam, by Islamists who corrupt the true meaning of the faith.

In Syria, Shiite-linked Alawites are pitted against Sunni and Salafi extremists in a war that has killed 100,000 people. Next door, Lebanon car bombs are the latest threat poised to reignite Shiite and Sunni sectarianism.

In Egypt, Islamists, removed from power but still potent, are pitted against secular and mainstream Muslims, and “unbelievers.” In post-conflict Iraq, a deeply fragmented, Shiite-dominated government tyrannizes the Sunni minority.

In nuclear-armed Pakistan, Sunni Islamist policies infect the constitution, creating a society that legally persecutes minorities. There and in neighboring Afghanistan, jihadists induct ever more children into the service of the Taliban. In the Northwest Frontier and elsewhere, the Pakistani Taliban execute vaccination workers, casting them as soldiers fighting for secularism. One result: Polio, once near eradication, is again crippling children. 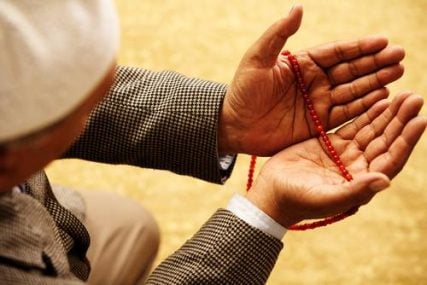 Who are these people? All Islamists are Muslims, but most Muslims are not Islamists.

Islamists claim to manifest an official Islam, concealing their totalitarian ideologies in a veil of faith. Though Islamists can be violent or nonviolent, they all wage war from an entrenched position of anti-Western de-secularization. They claim ownership of the public space by divine right, suffocating everyone else. Today, whether in Egypt, Iraq or Pakistan, they seek to extinguish the few Christians in their midst. Tomorrow Islamists will turn more of their hatred on non-Islamist Muslims.

Unlike other Muslims, Islamists are masters at manipulating the masses, preying on ignorance of Islam and pitching a carefully cultivated populist narrative of virulently anti-Western, anti- Zionist, anti-Semitic, anti-secular propaganda that arouses the uneducated and silences the naive.

In the West, they are unwittingly aided by the political left. Fearful of inducing Islamophobia, it tries to suppress debate about the forces driving the radicalization of Islam.

This has contributed to a decade of warfare waged by America in a vacuum of knowledge about sectarian forces within Islam.

The result is tragically predictable. The Arab Awakening is on life support because Islamists seized the brief democratic opening that it created before institutions could be built to guarantee pluralism and protection of minorities, which any successful democracy requires. They won’t change their stripes, so democracy will fail unless Islamism is castrated. I don’t know of any country in the region calling for a secular democracy, which is every Muslim’s best hope against Islamism of every stripe.

There is only one way to reverse this trend. Moderate Muslims have to reclaim the dialogue and articulate the narrative honestly: Islamism is not just a regionalized, totalitarian threat. It is universal and must be confronted, not tolerated. It must be disarmed from within the faith.

If anti-Islamist Muslims do not rise to the urgent challenge, it is not only minorities who risk extinction, but Islam itself. Failing to act now invites Islamists ever inward, and one day we will find our mosques have become their barracks, our minarets remade into their bayonets, and our fellow believers, no longer true Muslims, molded into brainwashed Islamist soldiers.

(Qanta Ahmed, author of In the Land of Invisible Women: A Female Doctor’s Journey in the Saudi Kingdom, is a Templeton-Cambridge Journalism Fellow in Science and Religion. Follow her on Twitter @MissDiagnosis.)