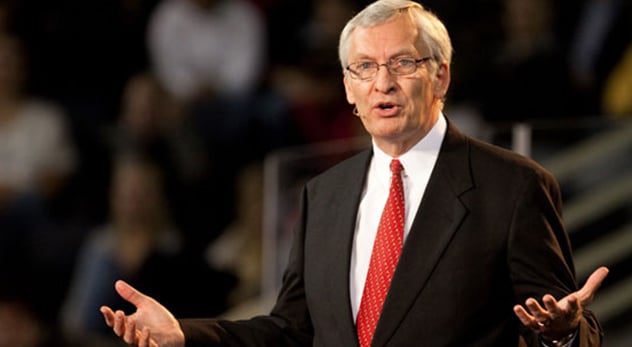 The National Association of Evangelicals (NAE) represents tens of millions of Americans from 45,000 churches and more than 40 denominations, universities, and institutions. Because of their broad reach, the NAE has historically been influential in the shaping of public policy at the national level. As Congress debates the possibility of military action, I asked Leith Anderson, president of the NAE, for a statement on the matter. He was gracious enough to provide the following personal statement, which is exclusive to Religion News Service:

WHAT TO DO ON SYRIA

Evangelicals don’t agree on everything, including what to do about Syria.  We grieve the  horrific loss of 100,000 lives and the displacement of more than two million refugees in a civil war that is frightening the world.  We abhor the use of chemical weapons that have killed civilians, including hundreds of children.  But we have the same questions and worries as millions of other Americans and members of Congress on how our country should help.

We’ve gotten ourselves in a corner with a clear threat of retaliation against Syria for crossing the “red line” of deploying chemical weapons.  Since the chemical atrocities of World War I there has been an international consensus that chemical weapons would never be used again.   It’s happened, and most agree there should be serious consequences.  But, does that mean America should inflict those consequences alone, without a resolution from the United Nations or broad support from our European allies and the Arab nations of the Middle East?

Our world has so many injustices and some of the worst are initiated by governments. These injustices should be confronted. Someone must speak up and stand up for the poor and suffering who cannot defend themselves. Since the United States is the most powerful and prosperous nation on earth, there is an expectation that we lead against unjust and cruel regimes. Yet, we know that we are not big enough, powerful enough or prosperous enough to police hundreds of nations with billions of people. The difficulty is deciding when we will intervene and when we will allow injustices to go unchallenged.

What we don’t know is whether a military attack on Syria would help or hurt Syria’s neighbor nations from Turkey to Israel and beyond. Some think that doing nothing will communicate weakness and put neighbor nations at greater risk. Others think that Syria might respond to a U.S. attack with its own attack and provoke an explosive regional war throughout the Middle East. We just can’t know in advance what might happen.

Christians are a small minority in northern Africa and the Middle East. They have been tolerated and protected by non-Christian governments for most of the past 2000 years. All that is changing in the 21st century. Christians have been persecuted and attacked in Iraq, Egypt and other nations where burning church buildings, beating believers and chasing followers of Jesus out of their countries has become accepted. Christians in Syria have been victims during the past two years of civil war. We don’t want to make their lives worse.

The Bible teaches us to pray for our leaders. This is a week for extra prayers as our Congress and President decide what to do about Syria. And, let’s add Syrian leaders to our prayer list. Our request is that God will give wisdom to make choices for a lasting peace in the region.