(RNS) Even as the world’s powers grasped for a last-minute resolution to the crisis in Syria, it remained an open question whether any amount of diplomacy could prevent the conflict from claiming at least one more victim: the classic Christian teaching known as the “just war” tradition.

The central problem is not that the just war doctrine is being dismissed or condemned, but that it is loved too much. Indeed, both sides in the debate over punishing the Syrian regime for using chemical weapons are citing just war theory, but are reaching diametrically opposed conclusions.

At the same time, the Catholic editor of that same magazine, R.R. Reno, has been writing forcefully against intervention and even labeled the administration’s arguments for military strikes “morally sloppy.”

A similar contrast could be found at the liberal National Catholic Reporter, which published an editorial blasting “the bankruptcy of the military strike idea.”

That in turn drew a sharp rejoinder from one of its own columnists, Michael Sean Winters, who said NCR’s position was based on “myths” that have muddled clear moral thinking on the Catholic left. “When Congress votes … on the authorization of force, if they do not support President Obama they are, de facto, supporting (Syrian) President Assad,” wrote Winters, calling Assad an “evil man.”

And so it has gone for weeks now, with the divides seeming to grow wider by the day. The splits are most obvious within the Catholic Church, which over the centuries developed the most clearly articulated just war doctrine. But Protestants of varying hues are also citing just war principles and reaching starkly different conclusions.

“The friends of the just war idea are sometimes worse than its foes,” said James Turner Johnson, a professor of religious ethics at Rutgers University and a leading expert on just war theory.

‘Violence in a limited way’

The just war doctrine was first articulated by St. Augustine in the fifth century to provide a moral rationale that, as Duke University theologian Stanley Hauerwas put it, “enables Christians to use violence in a limited way to secure tolerable order.” 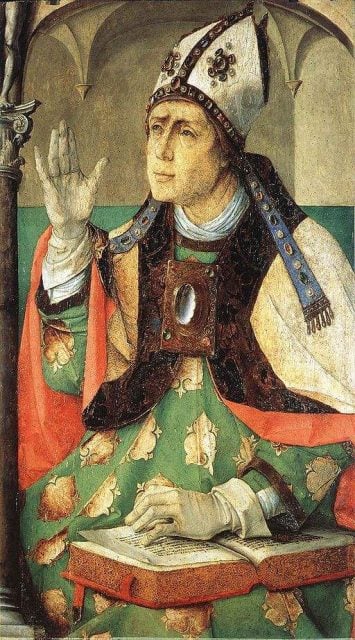 Eight centuries later, the systematic theologian St. Thomas Aquinas elaborated the basic principles of the theory that continue to be invoked by both religious and secular moralists. The just war doctrine was also embraced by the Protestant reformer Martin Luther and used by the 20th-century theologian Reinhold Niebuhr as a framework for his notion of “Christian realism” — a tradition President Obama often relies on.

Today, different sources will render the just war formula in slightly different ways, but the basic conditions of the doctrine remain the same:

Given the number of conditions and the complexity of the Syrian civil war, it is not surprising that commentators can reach different conclusions, or will grind their teeth in frustration over the high bar of meeting all the just war conditions while arguing that doing nothing is not a good moral option.

Yet there are several other factors that are complicating the usual moral calculus, and threatening to undermine just war theory itself.

One is that some leading Christian voices have increasingly moved toward a de facto pacifism that stands against war under any circumstance. “In contrast to pacifism, it is often assumed that just war reflection is ‘realistic,’” Hauerwas, a leading exponent of this view, wrote this month.

“It is by no means clear, however, if advocates of just war have provided an adequate account of what kind of conditions are necessary for just war to be a realistic alternative for the military policy of a nation.”

The Catholic hierarchy in recent years has also seemed to migrate in the pacifist direction, an evolution highlighted by Pope Francis’ high-profile campaign against any military action in Syria. “The sweeping language of such criticism by the pontiff moves the Roman Catholic Church dramatically further in what now seems to be an accelerating arc in its opposition to warfare,” Catholic University’s Stephen Schneck wrote in The Washington Post.

The problem with that shift is twofold. First, it supplants traditional just war doctrine with the relatively new concept of “just peacemaking,” which is not as clearly articulated nor as readily applicable to real-world circumstances.

Second, many anti-war Christians have also embraced the emerging principle of the “Responsibility to Protect,” or R2P, which cites an imperative to intervene to protect innocents in harm’s way. But even that can put moralists in a bind because it demands that something be done to thwart violence even if all the classic just war conditions are not met.

Critics say conservatives have also contributed to the confusion by overemphasizing the notion of “pre-emption” as a form of self-defense — the principle that was used to justify the U.S.-led invasion of Iraq in 2003, an action that proved to have violated most every other just war condition.

The upshot is that there is now a “chaotic just war discourse,” as Johnson put it, that leaves even its champions wondering “whether the success of just war reasoning hasn’t in fact been very problematic for it.”

Yet Johnson also sees no real alternative. Just war is now an integral part of Western culture, and can provide the best framework for working through the thorniest moral dilemmas.

“For me the question is how you use these ideas once you pull them out and deploy them,” he said. “I just think there’s a tremendous amount of confusion in the current debate.”

Opinion
Why every Jewish kid goes on Birthright
Follow us on Facebook!
Submit your photos to RNS