(RNS) The Baby Veronica case, named for the girl at the center of a contentious child custody dispute, has stirred powerful emotional responses from many groups, including some Christian evangelicals. 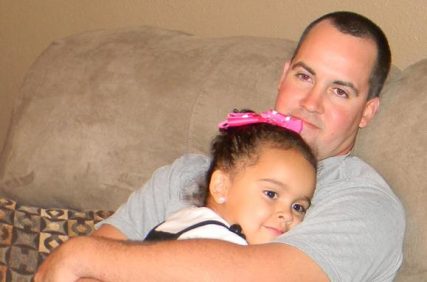 Veronica with her dad, Dusten Brown

Motivated by their faith in God and a distrust of federal Indian policies, a few evangelical organizations are campaigning to abolish the federal Indian Child Welfare Act at the heart of the dispute.

Congress enacted the law in 1978 to address the abuses that separated Indian children from their families through adoption or foster care. The law gives related tribes a preference in custody proceedings involving Indian children.

Evangelicals, who have recently seized on adoption of orphaned children as a moral imperative, want fewer barriers to providing Native American children homes and see the federal law as an obstacle.

In the Baby Veronica case, an Oklahoma Cherokee father is fighting to retain custody of his daughter who will turn 4 on Sunday (Sept. 15), while a white adoptive couple in South Carolina who raised the girl from birth to age 2, wants her back.

In a 5-4 decision this summer, the U.S. Supreme Court ruled that the federal law did not apply to the father and sent the case back to South Carolina for consideration.

The Cherokee Nation is fighting to claim jurisdiction under the same law and believes that Veronica’s case is an attack against the law and tribal sovereignty.

Elizabeth Sharon Morris of Hillsboro, N.D., believes the child should stay with her adoptive family.

A former registered nurse and mother to five children who adopted one and reared seven more, Morris runs a nonprofit organization of about 400 members that advocates for abolishing the Indian Child Welfare Act.

Morris said she was motivated to get involved after watching her late husband, Roland John Morris, Sr., a member of the Leech Lake Band of Minnesota Chippewa, battle alcoholism while his family succumbed to suicide, drug addiction, and crime.

When she saw a South Dakota tribe force a 5-year-old Native American girl to leave the stable home of her white adoptive parents, she feared the girl would return to a similar environment on the reservation.

“I just felt sick to my stomach at the thought,” Morris said.

Photo of Veronica with Christian Alliance for Indian Child Welfare

In 2004, she and her husband founded the Christian Alliance for Indian Child Welfare.

The alliance submitted an amicus brief to the U.S. Supreme Court, arguing that the act should not apply to the Baby Veronica case.

Morris and others base their argument on a familiar refrain that resonates with the Tea Party movement: limited government.

Johnston Moore also wants to see the law repealed, or at least amended.  He fought a three-year court battle and spent $30,000 on legal fees to win custody of two Native American boys. Today, he is executive director and co-founder of Home Forever, a Long Beach, Calif.-based organization that advocates a biblical mandate for adoption and foster care.

“ICWA unfairly allows our child welfare and judicial systems to treat children differently if they happen to be eligible for membership in a federally recognized tribe,” Moore said.

He believes Veronica was “traumatically ripped” from her adoptive parents because she has “a few drops of Cherokee blood running through her veins.”

But opponents question why these groups now want to sever the bond between Veronica and her biological father, who’s had custody of the child for 19 months. They point out that evangelicals are now using the powers of the state to wrest children from Native American families.

Eli S. McCarthy, a Roman Catholic, supports the federal law and said Christians should work to repair the harm done by strained relations with the Indian communities.

“The federal government, as a collection of human beings working for society, has the capacity to promote the common good as in the case of ICWA,” said McCarthy, director of justice and peace for the Conference of Major Superiors of Men, an organization of 17,000 religious order priests and brothers.  The conference joined four other Christian organizations in a U.S. Supreme Court amicus brief supporting the federal act.

Some evangelicals are reluctant to interfere with Native American sovereignty. Morris said her own church told her not to “rock the boat,” and when she sought support from Focus on the Family, the Colorado-based evangelical organization, no one responded. A representative said the organization has no position on the child welfare act and would not elaborate.

The Southern Baptist Convention, which has called on its nearly 16 million members to do more to care for orphans and foster children, has not issued a statement on Native American adoptions. 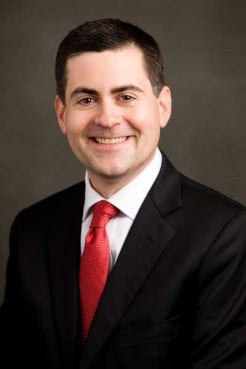 Andrea Smith, a Cherokee scholar, said some evangelicals have long been organizing against the act. “Such groups have no relationship at all with Native communities,” she said.

Smith suggests a better way forward would be for these groups to partner with Native American evangelical organizations.

“Probably the best way to develop alliances would be to mirror the organizing that Latino evangelicals did with Christian right groups around immigration reform,” Smith said.  “They just began with partnering with white evangelical churches to expose them to what immigrant families were going through and were gradually able to get most Christian right groups to reverse their positions.”