ROME (RNS) An illicit relationship that began in the confessional between an elderly Italian priest and a Gypsy woman from Romania nearly 50 years his junior resulted in more than $460,000 in blackmail payments to keep the woman quiet, Italian newspapers reported Tuesday (Sept. 17). 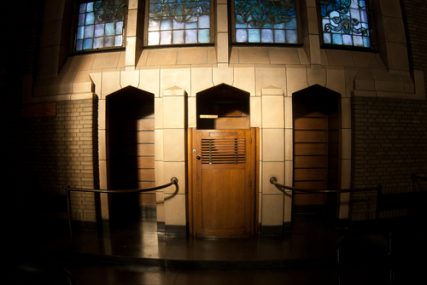 Confessional in a Basilica

The reports say the relationship started four years ago with shared personal revelations in the confessional before evolving into a sexual affair and then an extortion racket that cost the priest at least 350,000 euros ($462,000).

At one point, the priest is reported to have handed over his entire monthly stipend to the woman, as well as an inheritance he received years earlier.

The payments reportedly began with the aim of helping the family of the cash-strapped woman but were soon made in order to prevent her from revealing evidence of the affair.

The woman, now 32 and identified in reports only by her first name, Ramona, has been detained by authorities on charges of extortion. The case was revealed after the now penniless 80-year-old priest filed a complaint detailing threats he received and the financial burden he suffered.

A person who answered the phone at the church where the affair started, the historic Santuario della Consolata in Turin, declined to comment. Law enforcement officials in Turin also refused to comment.

The woman is believed to be a Gypsy, also known as Roma, a nomadic ethnic group with roots across Eastern Europe.

August 10, 2020
Related Posts
By Lorenzo Bagnoli
For Italy’s Muslims, few places to pray and fewer places to bury COVID-19 dead
By Amy Klein
What good is faith when your fertility treatments aren't working?
By Claire Giangravé
Vatican Museums used to be an overcrowded ‘hell,’ say tour guides. COVID-19 may change that.
By Alejandra Molina
Who is Junipero Serra and why are California protesters toppling statues of this saint?
By David Crary
Amid pandemic, scores of US Catholic schools face closure