WILMINGTON, N.C. (RNS) Citing the need for transparency in the U.S. record on human rights, nearly 200 clergy and religious leaders from North Carolina are seeking the public release of a 6,000-page Senate intelligence report on U.S. torture of terrorism detainees after 9/11. 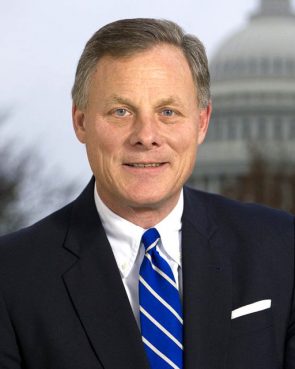 The letter, dated Aug. 27 and released to the media on Thursday (Sept. 19), was sent from the North Carolina Council of Churches in Raleigh to Sen. Richard Burr, a North Carolina Republican who sits on the Senate Select Committee on Intelligence.

The letter, signed by 18 bishops, including the leaders of both of the state’s Catholic dioceses, stated that in light of conflicts in Syria and around the Middle East, transparency on U.S. torture practices was needed.

“Our relations with the Muslim world have deteriorated, and the major reason is that our credibility on human rights is under question,” the letter states. “The U.S. does not condone torture, but torture has been done by our citizens and in our country’s name. Our national security would be improved by restoring the world’s respect for U.S. integrity on human rights and adherence to the rule of law.”

Officials at Burr’s office said the senator had not seen the letter and could not comment on the actions of the intelligence committee.

The council’s letter referenced a report from the University of North Carolina at Chapel Hill Law School released in January 2012 that alleged a Johnston County airline had participated in transporting possible terror suspects for interrogation and alleged torture overseas.

The council’s executive director, the Rev. George Reed, said the council sent the letter after learning that the Intelligence Committee could vote soon on releasing the report.

“If the only reason for not releasing the report is that it might be damaging to our country’s image, I would say, our image already has some damage because the world already thinks we’ve done those things,” he said.

Clergy who signed the letter said they wanted to stand against torture both at home and abroad.

(Amanda Greene is the editor of Wilmington Faith and Values.)