AUSTIN, Texas (RNS) Evangelical businessman Steve Green on Thursday (Sept. 26) unveiled what he called “the oldest Jewish prayer book ever found” and will add it to the collection of religious artifacts that will form the core of the Bible museum he is building in Washington, D.C. 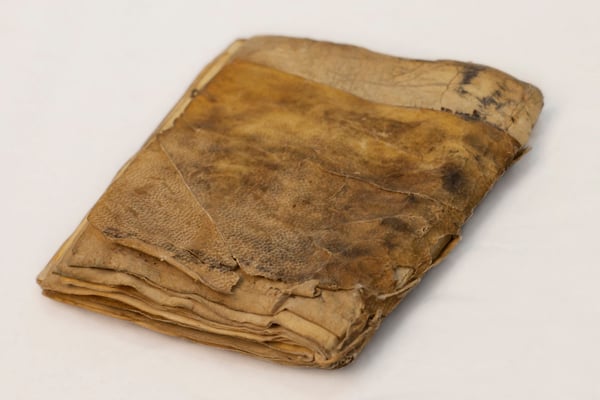 Likely the oldest Jewish prayer book ever found, dated by both scholars and Carbon-14 tests to circa 840 C.E. Photo courtesy Green Scholars Initiative

The artifact, dating from 840 A.D., is written in Hebrew on parchment and shows Babylonian vowel marks. Green said it was purchased less than a year ago from a private collection and is of Middle Eastern origin. But he declined to name the seller or how much he paid for it.

About the size of a large smartphone, and 50 pages long, the seller likely knew the book was special but did not realize its significance, said Jerry Pattengale, executive director of the Green Scholars Initiative, the research arm of The Green Collection.

The prayerbook — a rare complete codex in its original tan-colored binding — includes a listing of the 100 Benedictions, or blessings that some observant Jews say daily.

It may well be the “earliest connection today’s practicing Jews have to the roots of their modern-day rabbinic liturgy,” Green said.

Green, whose billionaire family owns the Oklahoma-based Hobby Lobby chain of more then 550 craft stores — made the announcement at the annual meeting of the Religion Newswriters Association. 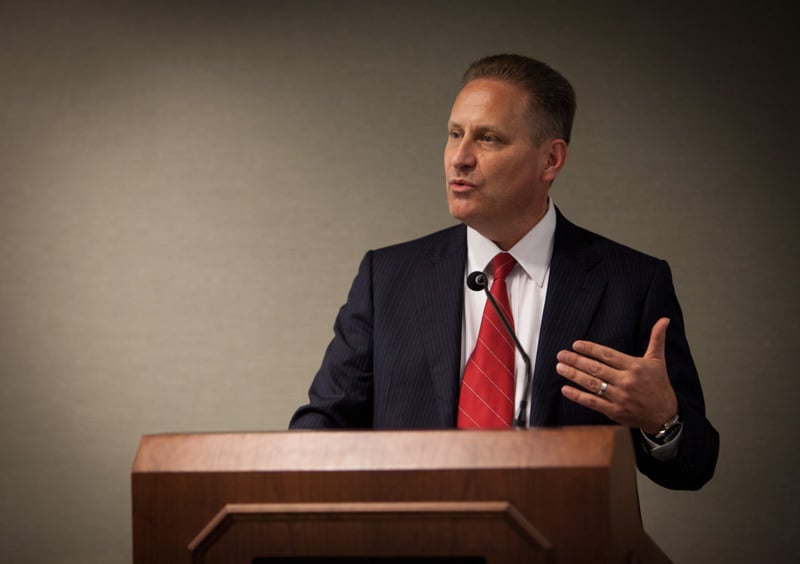 Green has made headlines recently for his lawsuit against a federal mandate that would require most employers to provide free birth control and the so-called morning-after pill in their health insurance plans. The case appears headed to the Supreme Court.

In 2009, he founded The Green Collection, which now includes more than 40,000 ancient artifacts. They will be housed in a Bible museum planned for a site just south of the U.S. Capitol, slated to open in 2017.

Green reiterated his belief that the Bible is a foundation of the nation’s success — 94 percent of U.S. households have at least one Bible, he said, despite a tremendous “brain drain” of biblical knowledge.

“Our desire is to have a nonsectarian museum that tells this book’s story and let you decide what you do with it,” he said of his yet-to-be-named museum.