The cartoonist and I have been working on the final revisions to The Twible, which will be out in November. Because I am drowning in said revisions I am posting some of his awesome cartoons today instead of writing a real blog post. The kind that requires thinking and stuff.

Some of the book's 50+ cartoons are going to be put on t-shirts. I think the Song of Solomon cartoon should be on a t-shirt for sure! 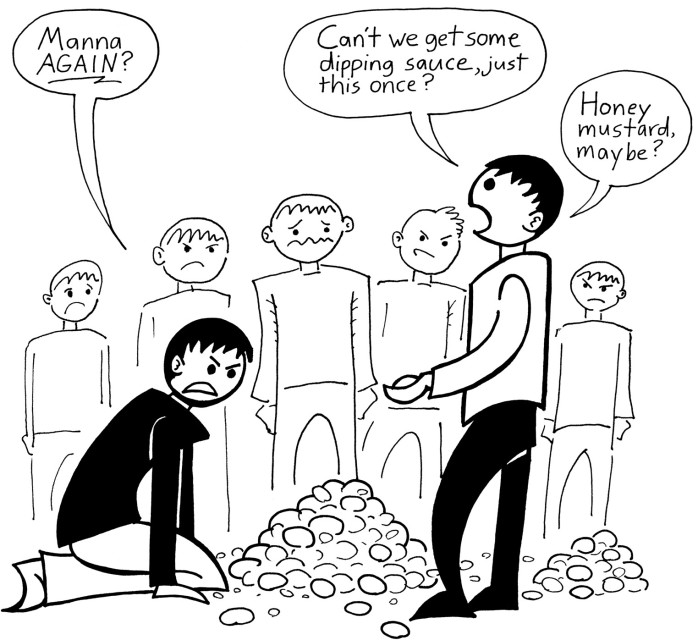 Inspired by Numbers 11:4-6. "The rabble among them had a strong craving; and the Israelites also wept again, and said, 'If only we had meat to eat! We remember the fish we used to eat in Egypt for nothing, the cucumbers, the melons, the leeks, the onions, and the garlic; but now our strength is dried up, and there is nothing at all but this manna to look at.'” 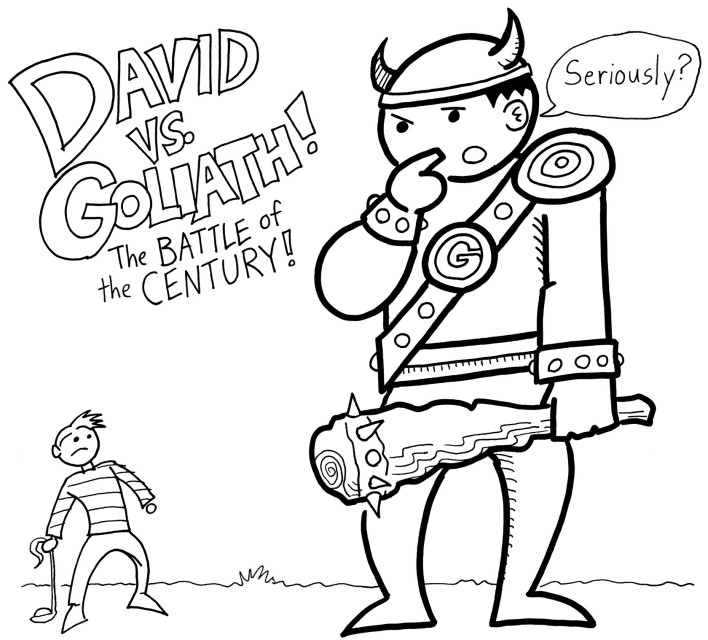 If the Song of Solomon were told in sext messaging. . . . 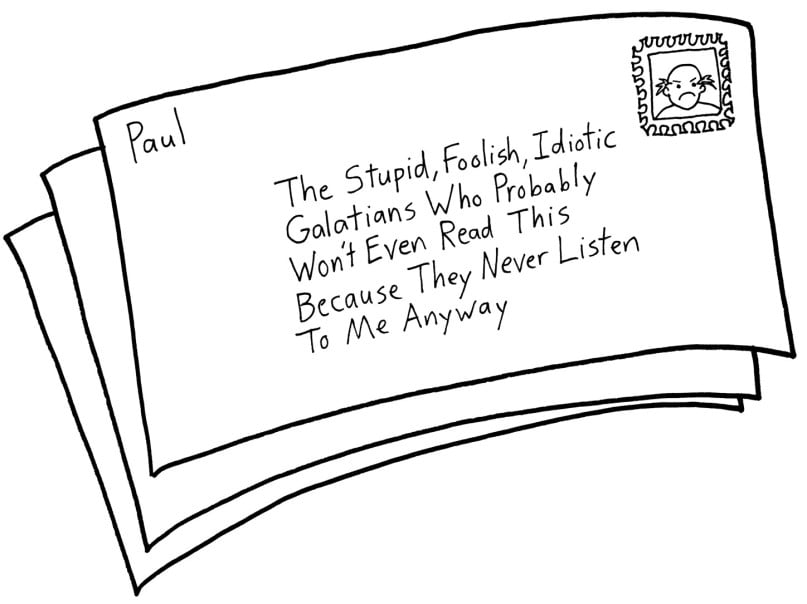 Paul's letter to the Galatians.