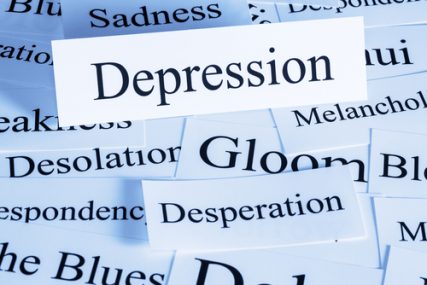 Some readers know that there is a history of mental illness in my family, as I’ve written about before. This includes but is not limited to my father, who died in 2010.

Without going into specifics, I would say that there is no getting around the pain that mental illness can bring into a family’s story. This pain is only deepened when well-intentioned persons want to sweep mental illness under the rug, or—even worse—smugly inform those who suffer from it that they can surely overcome it if they pray harder and have more faith.

In this context, Elder Jeffrey Holland’s talk at General Conference on Saturday—which would have been my father’s 74th birthday—was an unexpected blessing for me.

It wasn’t just that he matter-of-factly stated that mental illness, like cancer or heart disease, is biologically rooted and can strike anyone in any family.

It wasn’t just that he told those suffering from mental illness and emotional disorders that they have a responsibility to find the best medical care, as they would with a physical illness. Prayer alone is usually not enough; priesthood blessings are usually not enough. Mental illness is intractable and often very difficult to diagnose and to treat, requiring the long-term expertise of trained professionals.

It was that Elder Holland allowed himself to be transparent and vulnerable. My heart broke for him when he related his own struggles with depression. This personal story, even more than any of the wise advice Elder Holland provided in the talk, helped to demystify and destigmatize mental illness. I applaud his bravery. Often in General Conference, I feel so separated from the leaders speaking, who by custom rarely discuss personal failure or serious family problems. What stories general authorities do tell of their own frailty tend to be far in the past—childhood peccadilloes, or the clueless errors they made early in their marriages.

Those far-off personal struggles are non-threatening, or even related in order to make listeners chuckle. It is as though an unwritten code prevents Mormon leaders from exposing their authentic selves: a complex mix of inspiration and flawed humanity.

Elder Holland’s talk gloriously broke that mold. He risked a great deal to portray himself as a fellow sufferer, someone who has walked the often bewildering and always lonely path of depression. I found his reflections beautifully real, even incarnational.

When he spoke of the hoped-for day when we will see our loved ones who have been broken or damaged by mental illness as they truly are—heavenly creatures and perfect children of God—I cried tears of relief. The frustrations of caring for loved ones with mental illness can sometimes prevent us from seeing that larger, divine picture of who they are in God’s sight. I wept at the beauty of that image.

I suspect that Elder Holland’s talk will mark a turning point in Mormons’ understandings of mental illness. Those who are fortunate enough not to have personal or familial knowledge of mental illness may be more inclined to err on the side of compassion than judgment. Those who are suffering in silence may be more likely to seek treatment. As one commenter noted in the live blogging session on By Common Consent:

“My husband I suspect has an anxiety disorder, but refuses to get help. He basically wants to ‘pray it out.’ His family has a major bias against mental health issues and he was raised that way. My husband greatly respects the apostles. To have an apostle directly address these biases and direct people to get help was a miracle I never thought would happen.”

Amen to that. As Elder Holland noted, “Though we may feel we are like a broken vessel, we must remember that vessel is in the hands of the divine potter.”

If you or someone you love is suffering from depression, bipolar disorder, schizophrenia, or other mental illness, I highly recommend the services of the National Alliance on Mental Illness (NAMI), which offers excellent free classes for family members and for the patients (“consumers”) themselves. Find your local NAMI chapter at nami.org. You are not alone.