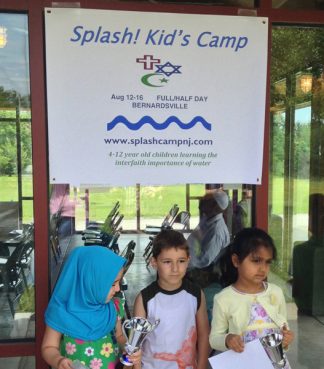 (RNS) At an interfaith summer camp in northern New Jersey, two dozen children explored a swamp to learn how creatures depend on safe water.

In Southern California, a Unitarian Universalist congregation installed a dry well so water from its church rooftops drains into underground pipes to replenish the water table.

In Vermont, members of a Lutheran church removed cars and appliances that had been dumped in a nearby stream and restored its banks with local willows and oaks.

Across the country, water has become more than a ritual element used in Christian baptismal rites or in Jewish and Muslim cleansing ceremonies. It has become a focus for worshippers seeking to go beyond water’s ritual symbolism and think more deeply about their relationship to this life-giving resource.

GreenFaith, a New Jersey-based national organization that aims to transform people of faith into proponents of environmental stewardship, has introduced “Water Shield” with pilot congregations across the country’s most densely populated state. In late October, it will become a national initiative to certify houses of worship from Texas to Wisconsin that hold a “Water Weekend” including a water-focused worship service, educational programs for all ages and a commitment to take steps at home and in their houses of worship to save water.

The water initiative resonates with congregations, many of which have already made other environmental commitments, said Stacey Kennealy, who directs Water Shield. 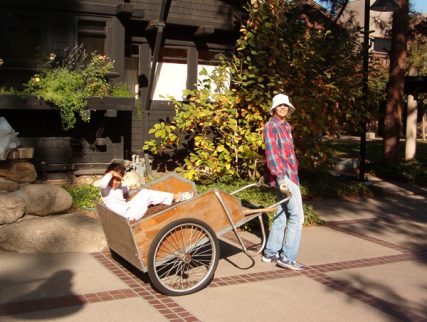 “They understand the preciousness of it and the symbolism of it and they want to find ways to protect it and to do their part as a congregation,” she said.

At the interfaith camp at St. Bernard’s Episcopal Church in Bernardsville, N.J., a 50/50 mix of Christian and Muslim children visited a mosque and learned about wudu, the ritual washing before Muslim prayers. The leader of a local synagogue’s green committee taught children about the Jewish tradition of casting sins — demonstrated by tossing bits of bread — into a flowing river as part of Rosh Hashanah observances.

“The interesting thing about New Jersey is that we are blessed with a lot of rainfall, and particularly this year we’ve had an extraordinary amount of water fall on us and so we think that we’re water rich,” said Betsy LaVela, a seminary graduate who studied biology and served as a consultant for the camp.

“But the reality is that our water is taxed because we have so many people living here.”

At least 17 New Jersey congregations are expected to have had “Water Weekends” this year. Farther down the East Coast, more than two dozen houses of worship in Georgia have downloaded a “Water Wise” program from Georgia Interfaith Power & Light to learn how much water they’re using so they can start to conserve.

Bill Valliere, a member of Ascension Lutheran Church in South Burlington, Vt., hopes his church’s work to restore its neighboring stream will help bring it back to God’s original intention and, in turn, inspire others to care for creation. 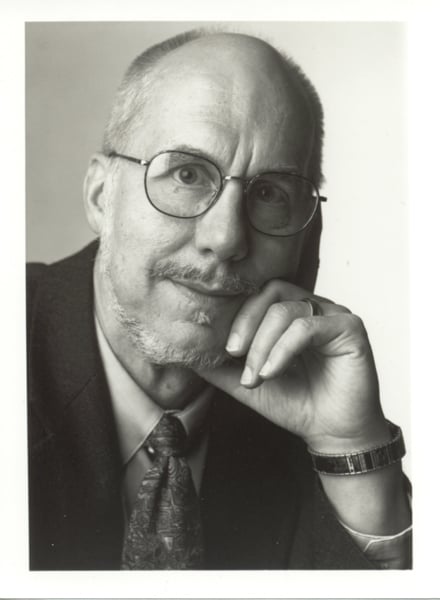 Larry Rasmussen, author of “Earth-Honoring Faith,” said congregations from a range of traditions have long viewed water as a sacramental element, but in recent decades many have begun to recognize it as an ecological issue. Photo courtesy Knutson Photography Inc., Minneapolis.

Larry Rasmussen, author of “Earth-Honoring Faith,” said congregations from a range of traditions have long viewed water as a sacramental element, but in recent decades many have begun to recognize it as an ecological issue.

“If it’s only a utilitarian relationship to it and there’s nothing sacramental about it, then you don’t get the same response,” said Rasmussen, an emeritus ethics professor at Union Theological Seminary who has led a seminar on water pollution and scarcity at Ghost Ranch, a retreat center in Abiquiu, N.M.

“I personally think the religious communities or the faith-committed communities are bringing something that not only has a kind of clarity of purpose to it but a deeper connection.”

Talitha Arnold, senior minister of the United Church of Santa Fe, embraces a “desert faith” that includes prayers for rain along with petitions for the safety of firefighters.

“We can’t ever pray for rain without … prayers for the wise and just use of that gift,” said Arnold.

Her United Church of Christ congregation also uses a baptismal liturgy she created that includes a commitment to water preservation.

At Trinity Episcopal Cathedral in Trenton, N.J., congregants have collected discarded water bottles in their neighborhood and checked for leaks in the plumbing. They use rain barrels in their garden and have pledged to reduce the use of chemical pesticides on church property.

Sharlie Ross (left) and Ellen Wry announce the winner of a frog puppet at Trinity Episcopal Cathedral in Trenton, N.J. Any child who took the kids’ water pledge at the Earth Day gathering had a chance to win. Photo by Dot Cellini/courtesy Trinity Cathedral

“It’s not only what we would hope any citizen would care about but it’s really part of our calling as Christians as well,” said Ellen Wry, the cathedral’s lay leader.

When Neighborhood Unitarian Universalist Church in Pasadena, Calif., started taking steps to conserve water — performing a water audit, adding mulch to retain moisture on its grounds and creating a dry well system — it gained a convert.

Susette Horspool, a water consultant and environmental writer, said she joined the church after learning about its water and social justice initiatives.

“Churches, if they focus on walking their talk, have the potential to really turn this around for the average person,” she said of climate change.

Even small steps can make a difference, say religious and environmental activists.

Church of the Atonement in Tenafly, N.J., held its “Water Weekend” several months ago, featuring a PowerPoint presentation on water conservation by one member and a rain dance by another. But it has had staying power, said the Rev. Lynne Weber, the church’s rector.

“I think having that liturgy more than anything had an effect on people,” she said. “People are actually conserving more water at home. … I keep reminding myself that I’m not going to keep the water running while I’m brushing my teeth.” 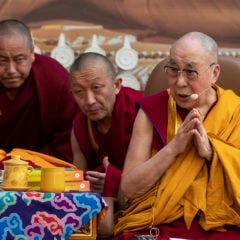 Opinion
The Dalai Lama on Earth Day: COVID-19 is ‘a lesson in universal responsibility’
Follow us on Facebook!
Submit your photos to RNS