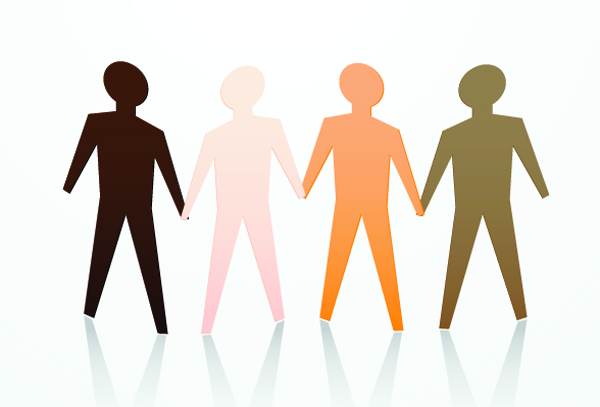 (RNS) Asian-American Christians are voicing concerns over how they're depicted by white evangelicals, most recently at a conference hosted by Rick Warren's Saddleback Church in California.

Saddleback recently hosted a conference by Exponential, a church-planting group, and a video on Tuesday (Oct. 8) left some Asian-Americans offended.

It's the second dust-up in as many months involving Asian-Americans and Warren, who spoke at the Exponential conference. Last month he received backlash from Asian-American Christians after he posted a Facebook photo depicting the Red Guard during China’s Cultural Revolution. “The typical attitude of Saddleback Staff as they start work each day,” the caption read on Sept. 23.

In the video at Exponential, a pastor jokes about making his church-planting apprentice do menial activities, such as getting him coffee, giving him massages and holding his towel, according to the Rev. Christine Lee, a Korean-American Episcopal priest who attended the conference.

The apprentice reacts to the pastor in a parody of the "Karate Kid," the 1984 martial arts film. The pastor begins speaking in a Chinese accent with "typical 'Oriental' music" playing in the background, Lee said. They go into a karate segment, and at one point, they bow to each other.

"I know they are not trying to be offensive," Lee said. "I was actually trying to talk myself out of (being offended), but I kept coming back to this question: Would they have done this with black people?"

Saddleback staff declined to comment on the skit since it came from Exponential. Exponential leaders could not be reached for comment.

"It's disheartening to believe anyone is having to explain to fellow evangelicals that racist stereotypes are not OK, especially in the church and used in the name of mission," said Kathy Khang, author and blogger who has been outspoken about race issues. Pastor Rick Warren greets the audience before a forum with the presidential nominees at his Saddleback Church on Aug. 16, 2008. Religion News Service file photo by Ann Johansson

“People often miss irony on the Internet. It’s a joke people! If you take this seriously, you really shouldn’t be following me!” Warren initially posted in a Facebook comment. “Did you know that, using Hebrew ironic humor, Jesus inserted several laugh lines -- jokes -- in the Sermon on the Mount? The self-righteous missed them all while the disciples were undoubtably giggling!”

Warren took the photo down and apologized in the comments section on writer and speaker Sam Tsang's blog.

“Thanks so much for teaching us! It was removed instantly. May God bless you richly. Anytime you have guidance, you (or anyone else) can email me directly,” Warren wrote in part.

Warren then posted photos announcing new Saddleback campuses, including one in Hong Kong, which upset Asian-American Christians who felt he needed to apologize more publicly.

Warren later posted an apology on Facebook, saying, “Staff handed me a hard copy of an email from someone offended by a picture I posted. If you were hurt, upset, offended, or distressed by my insensitivity I am truly sorry. May God richly bless you.”

It's not the first time Asian-Americans -- about 13 percent of whom are evangelical, according to the Pew Research Center -- have been upset by depictions from other Christians.

In 2004, LifeWay Christian Resources was criticized for its Asian-themed “Rickshaw Rally” Vacation Bible School curriculum, which some saw as racially insensitive. After the criticism, some changes were made in those materials but the curriculum continued to be used.

"It is worth observing that it has almost been 10 years since 'Rickshaw Rally,' and there are prominent American evangelical publishers, conferences, and pastors who still use Orientalizing imagery," said Justin Tse, who is finishing a Ph.D. in geography at the University of British Columbia.

Author Helen Lee wonders whether the continued use of Asian imagery suggests evangelicals are unable or unwilling to see their own cultural blind spots.

"How many times must we say the same thing before we are heard?" Lee said. "It is not acceptable to caricature Asian culture and to do so for quick laughs."

Update: Exponential leaders have posted an apology. A group of Asian Americans have published a general open letter to the evangelical church, including those quoted in this story. Additional signatories include Eugene Cho of Seattle's Quest Church, Greg Jao of InterVarsity Christian Fellowship and C. Jimmy Lin of the Rare Genomics Institute.

Related Posts
By Bob Smietana, Alejandra Molina
Death of megachurch pastor Darrin Patrick officially ruled a suicide
By Adelle M. Banks
Evangelical leaders are speaking up about race — but will this new focus last?
By Yonat Shimron
Rabbi Sandra Lawson on how not to treat Jews of color
By Alejandra Molina
‘Your fight is my fight’: Latino clergy and faith leaders rally behind Black Lives Matter
By Jim Wallis
Prayer is essential. Protest is required. Policy is necessary