(RNS) A Michigan woman has filed a wrongful-termination lawsuit against InterVarsity Christian Fellowship, saying she was fired because of her divorce even as two male colleagues kept their jobs as they went through divorce and remarriage.

Alyce Conlon worked for the evangelical campus ministry as a spiritual director at the Grand Rapids office from 2004 until she was let go in December 2011, according to a suit filed last week in the U.S. District Court for the Western District of Michigan. 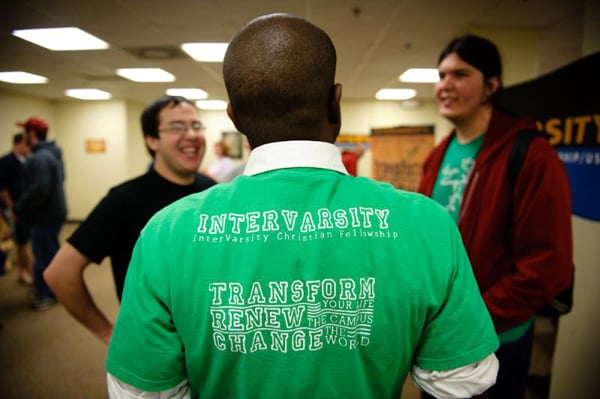 A spokesman for InterVarsity said no one from the organization would be able to comment on the case, but provided the following statement:

“A vital element of the First Amendment’s guarantee of religious liberty is the freedom of religious employers to make hiring decisions through the use of faith-based criteria,” the statement said.

“As a Christian organization, InterVarsity Christian Fellowship’s credibility and witness depends on its ability to hire and retain personnel who share and abide by InterVarsity’s faith commitments. It is deeply regrettable that a former employee has chosen to challenge this key constitutional liberty.”

Conlon was placed on paid leave early in 2011 after informing supervisors that she and her husband were considering separation or divorce.

“During this leave of absence, plaintiff followed each and every requirement of the Separation and Divorcing Staff Policy including counseling sessions and continuing communication with her supervisors as to her progress,” attorney Katherine Smith Kennedy wrote in the lawsuit.

According to the lawsuit, during the absence, InterVarsity employees contacted Conlon’s husband to discuss the marriage without informing her. Despite following InterVarsity’s requirements for divorce procedures, the ministry let her go because she was not successful in reconciling her marriage, her lawyer alleges.

The lawsuit claims that she was treated differently than two male colleagues, who went through separation, divorce and remarriage and were allowed to stay on staff.

“When there are significant marital issues, we encourage employees to seek appropriate help to move towards reconciliation,” InterVarsity says, according to the lawsuit. When dealing with employment issues and divorce, ministry leaders take into consideration who initiated the divorce, the impact on work competency and funding and the effect on colleagues, students, faculty and donors.

Evangelicals vary on issues surrounding divorce, including in cases of adultery or desertion, as illustrated in a book published by InterVarsity Press, “Divorce and Remarriage.”

Both the Old and New Testament address divorce. “‘For I hate divorce,’ says the Lord,” states Malachi 2:16. “I tell you that anyone who divorces his wife, except for sexual immorality, and marries another woman commits adultery,” Jesus says in Matthew 19:9.

InterVarsity operates more than 700 chapters at colleges and universities around the country. The ministry’s hiring practices have created disputes over its requirements and standards.

Earlier this year, The University of Michigan temporarily barred InterVarsity from campus for requiring club leaders to sign a statement of faith — a policy the college said violated its anti-discrimination policy.

Last year, Tufts University temporarily barred the group because InterVarsity required its leaders to adhere to its statement of faith. In 2011, the University at Buffalo suspended an InterVarsity group after it asked a gay member to step down as treasurer.

The issue of divorce among employees or applicants has come up at other Christian institutions. A professor at Wheaton College resigned in 2008 because he did not want to share the details of his divorce with school administrators. In 2006, Oklahoma Christian University administrators considered formalizing a policy concerning divorce as cause for possible termination. 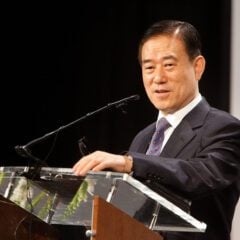