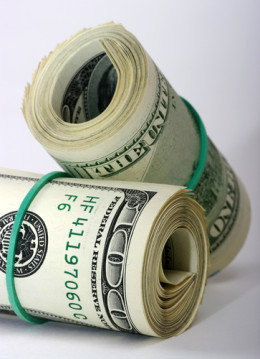 Tonight I’m attending a new support group for Christians who want to be better stewards of our money. This fall we’ll be reading from Mark Scandrette’s book Free: Spending Your Time and Money on What Matters Most, and discussing issues like generosity, giving, and how to know when you have too much stuff. (It’s a fair bet that most of us do have too much stuff.) Our aim is to be more transparent with each other about this taboo topic.

Proverbs takes a dim view of get-rich-quick schemes, in keeping with the book’s general emphases on wise and industrious living. The authors of these proverbs don’t really question the overall idea that having money is a nice comfort; Proverbs is not the place where you’re going to find those “Go, sell all that you have” admonishments of that crazy Jesus guy in the New Testament. It just tells you to accumulate your nest egg slowly, “little by little” (Prov. 13:11, 28:20). Don’t be greedy or hasty.

While Proverbs doesn’t highlight a particular percentage or amount that we’re supposed to give to the poor, it’s clear from start to finish that we’re expected to be generous. When we oppress the poor, we insult God (Prov. 14:31, 17:5); when we ignore those who are suffering, God is likely to return the favor and not hear our prayers when we’re in trouble ourselves (Prov. 21:13).

Proverbs hammers home the point that work is vital to a fulfilling life. If ants can do it, so can you (Prov. 6:6–8)! Ideally, in the Bible’s eyes, you’d be at work on your own land, raising your own food with your family or clan. Failing that, you can at least join a CSA and work diligently at whatever day job you’ve got. Hard work builds character, whereas idleness leads to destruction and watching reruns of Jersey Shore (Prov. 13:4, 12:24, 10:4).

Proverbs makes a strong case for the strength of the middle class: if you’re too poor, you’ll be prone to sins like theft and envy; if you’re too rich, you’ll cozy up to the things of this world and forget all about God (Prov. 30:8).

5)   Get your priorities straight.

Loving God and growing in wisdom are more important than money. Money is a fleeting thing that’s of use for this brief life but no longer (Prov. 23:5, 27:23). The Bible says it’s better to have a little money but be right with God than a lot of money you obtained unjustly (Prov. 16:8). 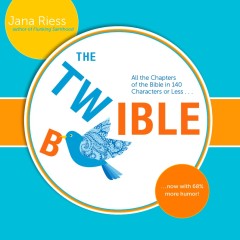 This post is partly excerpted from The Twible: All the Chapters of the Bible in 140 Characters or Less . . . Now with 68% More Humor!, forthcoming in about two weeks unless I am struck by lightning.