“We want people to feel like this is their house,” said the Rev. Mark Arey, spokesman for the Greek Orthodox Archdiocese of America. “I do believe what Jesus said, ‘My house will be a house of prayer for all people.’ Even though it is a Greek Orthodox church, it will be open to all people of all faiths, a place of solace for them.”

Santiago Calatrava, the renowned Spanish architect who designed the new World Trade Center Transportation Hub, is designing the new St. Nicholas Church, which will include a nondenominational bereavement center as an open place for rest and meditation. 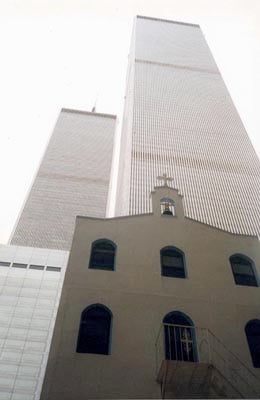 Originally housed in an old row house, the original St. Nicholas Church was a narrow, largely unadorned building. The new designs, however, show a luminous domed building modeled partly on the Hagia Sophia and the Church of the Holy Savior in Chora, both in Istanbul.

The designs had to meet two criteria, Arey said. First, the church had to look like a Greek Orthodox church. Second, it had to fit in with the environment surrounding Ground Zero.

“It needed to be something which achieves a substantive presence, and we believe that the Calatrava design does both,” Arey said.

As the only house of worship destroyed in the 9/11 attacks, St. Nicholas faced years of back-and-forth negotiations with the Port Authority of New York and New Jersey for a land swap and public funding. The Port Authority is in charge of overall rebuilding efforts at Ground Zero.

In 2011, it took an agreement brokered by New York Gov. Andrew Cuomo for the church to drop a lawsuit against the Port Authority in exchange for permission to build the 4,100-square-foot church at a new site on the corner of Liberty and Greenwich streets.

The church said its original 1,200-square-foot site at 155 Cedar Street was too close to a new vehicle security center’s garage doors.

The new building is estimated to open by early 2016 and will cost $20 million, money the church is currently raising. 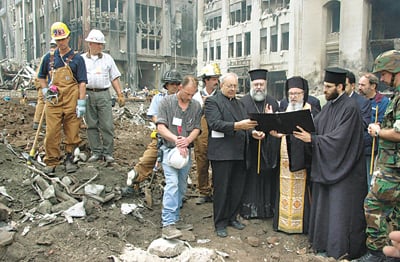 “As Christians, we believe in the Resurrection, and if we could raise the people who lost their lives that day from the dead, we would do it,” Arey said. “But St. Nicholas, the only place of worship destroyed on 9/11, that can be raised. … We can raise St. Nicholas from the dust, and that’s what we’re going to do.”