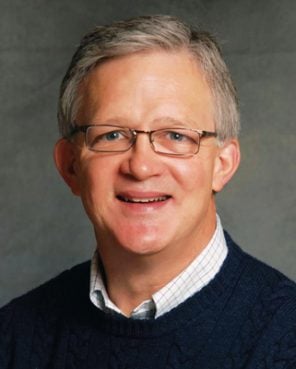 NEW YORK (RNS) A group of leading evangelicals is expressing concern over the recent dismissal of the American Bible Society‘s new president after just six months on the job.

At nearly 200 years old with headquarters in Manhattan, ABS is a nonprofit that aims to provide tools to people to read the Bible. In 2012, it reported nearly $500 million in assets, receiving nearly $40 million in donations.

Doug Birdsall became president and CEO of ABS in March after leading a global gathering of evangelicals for the Lausanne Movement’s Cape Town 2010 meeting. Weeks before his Nov. 8 inauguration ceremony at ABS, he was dismissed by the board, which cited significant differences in how to achieve the organization’s goals.

He said he was “summoned to a law office,” where he was told about his dismissal. Birdsall declined severance pay, saying that hiring a lawyer would be costly and “I didn’t want to get involved in an ugly fight.”

Birdsall had two surgeries for lung cancer in July.

“There were concerns about my health and whether or not I had cancer when I was hired,” he said. “I had communicated with them that the doctor anticipated normal life expectancy.”

He declined to speculate on reasons for his dismissal, saying he was in the middle of planning several projects for ABS.

Birdsall said he was working on future projects, including a $500 million capital campaign, the organization’s upcoming bicentennial and a project to target the Bible to 125 million people under 28 years of age. The organization was in negotiations to tear down its existing 12-story headquarters and build a 30-story tower so it could host like-minded organizations.

Under Birdsall, the organization was also designing a Bible museum to host what he believes is the second most valuable Bible collection outside the Vatican. The ABS is also home to the Museum of Biblical Art in midtown Manhattan.

“As Christian leaders who have known Doug over the entire course of his ministry, we are perplexed and grieved by this action,” the authors wrote. Popular author and speaker Eric Metaxas also expressed disappointment.

The group said that because Birdsall is not receiving severance from ABS, “we are also taking initiative to ensure that they will be well cared for during this season.”

Pieter Dearolf, chairman of the board for ABS, released a response to the letter, saying Birdsall declined severance offers “as well as other direct support.”

“As in the Book of Acts, it is clear that even those with the best of intentions and faithfulness simply do not always agree,” he wrote. “It has been and continues to be our hope that neither Doug and Jeanie nor American Bible Society would be disrespected in this separation of service.”

“We don’t believe it serves us as an organization, Doug and his family, or the cause of Christ to play out a personnel matter in the public square,” he said in a statement.