(RNS) Facing crowded pews and heavy hearts, Dallas clergy took to the pulpits on Nov. 24, 1963 to try to make sense of the assassination of President John F. Kennedy just two days before.

“The ministers saw the assassination as an unwelcome opportunity for some serious, city-wide soul-searching,” said Tom Stone, an English professor at Southern Methodist University, who has studied the sermons delivered that day.

“Though Dallas could not be reasonably blamed for the killing, it needed to face up to its tolerance of extremism and its narrow, self-centered values,” Stone said.

Here are excerpts from their sermons, compiled by the Bridwell Library at SMU’s Perkins School of Theology: “It is not only that our city has been betrayed by an assassin’s bullet; it is that our God has been betrayed, not only in Dallas, but throughout our nation and around the world by irresponsible and indifferent and selfish men. Today our intellectual and moral fiber is being tried as never before, and by its trial will be revealed our true dependence upon the God whose world we either honor or destroy.”

“How, then, do we pray today? For what do we pray? We pray to a God who is still at work in his world. We pray with a faith that calls us to a new dedication to law and order. We pray for the ability to be responsible citizens, characterized by orderliness, restraint and courage. And we pray for a world where our human, selfish motivations will be brought under the judgment of God and our concerns broadened far beyond our city to all mankind.”

Episcopal Church of the Incarnation

“But this mean and furtive shot from a mail-order rifle with a telescopic sight from a hidden place, this sickening violation of law and authority as we know it, this vulgar spitting on the symbols that represent our life and ideals, this contempt for three hundred years of American history . . . this makes the soul simply shake in fury.”

“We have lost a great leader and we can only hope that the death of this great man will shock a nation that has grown greedy and selfish and complacent into the realization of how sick it really is and how desperately it needs to fall on its knees in repentance. Our nation is sick unto death and nothing but repentance will save it, and the church cannot stand aloof from the sickness of the nation. The church is sick unto death, too. Sometimes I think the church is like a diseased tonsil, put in the body to trap infection and it has become a source of infection.

“Much of the hate and discord that has been poisoning our nation has been preached in the name of Christ and the church. In Dallas entire sermons have been devoted to damning the Kennedy administration and the United Nations, and they have been delivered from Methodist pulpits. In the name of the church, men and women have sown seeds of discord, distrust and hate and have called it witnessing for Christ. As a church we are sick. God have mercy on us.” The Rev. William A. Holmes

“Here is the hardest thing to say: there is no city in the United States which in recent months and years has been more acquiescent toward its extremists than Dallas, Texas. We, the majority of citizens, have gone quietly about our work and leisure, forfeiting the city’s image to the hate mongers and reactionaries in our midst. The spirit of assassination has been with us for some time. Not manifest in bullets but in spitting mouths and political invectives.”

“John Kennedy is dead; killed two days ago in our own city. If Dallas, Texas, rises from this monstrous moment in her history, a new city where different political opinions and the people who hold them are respected, then John Kennedy will not have died in vain.”

“Today a nation mourns. It is mourning that crosses the boundary of Protestant, Catholic and Jew. It mourns for its first elected Catholic president, for one who gave evidence for justice and love for all men regardless of race or creed. So with the background of a senseless act so seemingly without rhyme or reason, I pray it would united us as a people under God for the purpose for which we are called.” “What does God require of us in this time of nationwide sorrow and of re-appraisal of values? God’s call is upon us as individuals Christians to examine our lives in the light of Christ’s teaching and example to see if there is any evil thought or purpose in us. Each of us can determine that, by the grace of Christ, he will become and remain not part of the problem but a part of God’s remedy. The prayer of St. Francis is fitting for each of us: ‘Lord, make me an instrument of thy peace.'” 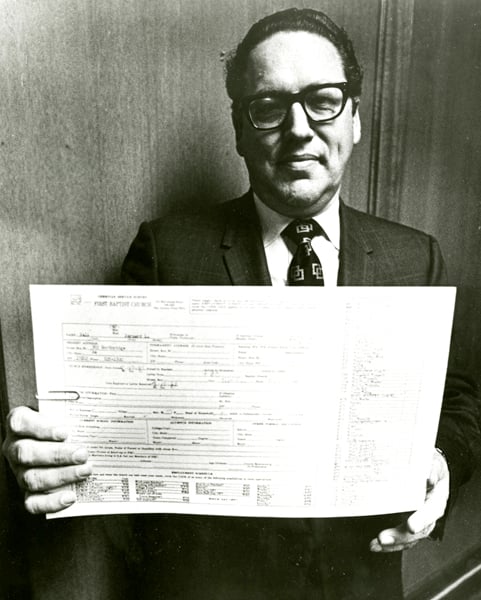 “Seldom has the relevance of our churches in contemporary society been so seriously questioned and challenged as in these last few days. In a city boasting of the largest congregations of three or four different denominations, a crowd shouts with glee over the news of the murder of an assassin. The demand for a penetration of society with the witness of a relevant Christian gospel was never as great.”

“The demands of these days will be great. Hatred’s bonds will not evaporate. They must be cut through one step at a time with the intensity of the torch of Christian love. Hate must be rooted out on each form in which it has fixed itself upon our nation. Extremism must be rejected not just in a great declaration but in a constant dedication.”

“Wherever there is a sin and injustice, the church must call us to repentance.

“All great social philosophy is born in crisis. As we rise from our knees to join all Dallas citizens, both individual and corporate, in our task ahead, what do we say? What do we do? How do we pray? Although mindful of our mistakes, shortcomings, inadequacies, this, now, is no time for continued vindictiveness. It is no time for scapegoating. It is no time for self-basement and breast-beating. It is a time for re-evaluation, for moral and spiritual vitality, and for the rational wisdom that tells us of those things that are valid, true, eternal, vital, important and beautiful.”

“What should Dallas do now? For its psychological well being it ought to accept blame and responsibility for its behavior and act upon that now. It is getting later all the time. Its moral climate needs some lifting up so that it can rise above the fourth level of values which determines all things by, “what is there in it for me?” The church and synagogue are charged with the responsibility of talking to the people, not reflecting their present values. Perhaps to paraphrase the late President, our value system in Dallas ought to be, “ask not what Dallas can do for me – but what can I do for Dallas?” 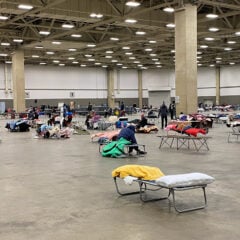