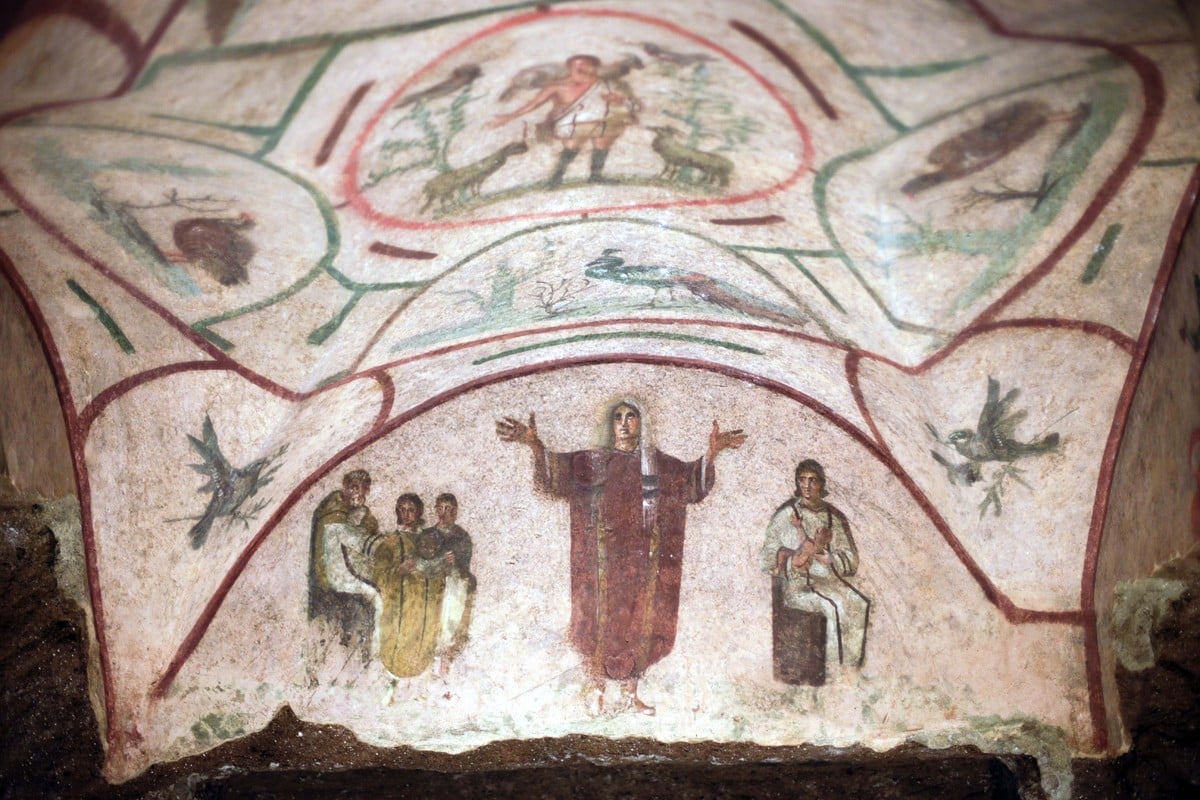 Fresco from the Catacombs of St. Priscilla
November 21, 2013
Mark Silk

Fresco from the Catacombs of St. Priscilla

I confess I was pretty excited to read on Huffpost that the Vatican had cleaned up some third-century catacomb frescos and unveiled a female figure with arms raised, acting like a priest. Holy Da Vinci Code!

Sure, there was that darned Fabrizio Bisconti, superintendent of the Vatican's sacred archaeology commission, claiming (contra the Association of Roman Catholic Women Priests) that this was just a representation of woman praying. Well, what else do you expect a Vatican apparatchik to say? Detail from sarcophagus in Sta. Maria Antiqua in Rome

So I decided to investigate. And what did I find but that the figure in question is what's known to art historians as an "orant" -- latinate for, well, a praying figure. I also discovered a second-century sarcophagus from the Santa Maria Antiqua church in the Roman Forum that features a female orant standing next to a seated bearded man reading a scroll. The unfinished faces of both have been interpreted to mean that the sculptor was waiting to sell the thing before he incised the faces of the couple to be buried.

What we apparently have, then, is the typical Christian scenario of a woman taking religion seriously and a guy not paying much attention. But wait! It turns out that the standing woman/seated male reader tableau, evident in both works of art, derives from an ancient pagan convention of picturing a philosopher being inspired by his muse.

In other words, the man may be paying attention after all. And the women? She's the source of his religious inspiration.