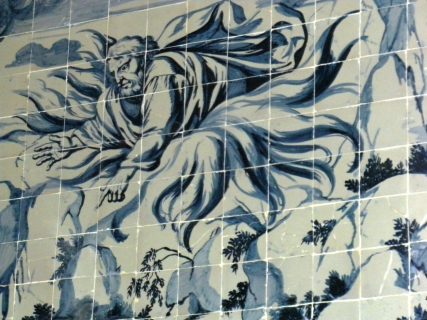 Do you believe that God was your creator and it the one, not you, who decides when you die? Photo by Cathy Lynn Grossman

If you had an incurable condition or disease, if you were in severe pain, would you tell the doctors to back away and let you die?

Is your life your own or God’s?

What does it mean to let go of hope in this world, even it you still have hopes for the next?

If you asked a doctor for a lethal prescription, is that morally okay?

Okay, I’m up to five questions and counting. (Faith & Reason followers know that’s typical for me.)

Today’s cascade of questions is prompted by the Pew Research Center survey on nearly 2,000 American’s views of End of Life treatments, released today. It looks at decisions people would make for themselves or for family, at suicide and physician assisted dying and more. A major finding is that race, religion and ethnicity play a big role in how people answer.

But none of the questions address why people make the choices they make. There’s no way to determine from the data if ideas about the roles of faith, family or God or miracles make a difference.

One source told me that the people who have made use of the physician-assisted dying law in Oregon were “upper income, highly educated, fiercely independent individuals who are accustomed to having things their way.”

Tell me what you would do – and why.

Posted in
Beliefs Cathy Lynn Grossman: Faith and Reason Ethics Opinion
Get the RNS spiritual guide to the 2020 election

Flunking Sainthood
6 gifts of aging from Quaker writer Parker Palmer
Beliefs
Stanley Hauerwas reflects on end times, end of his life
Culture
Pope Francis tells couples not to substitute dogs and cats for children
Beliefs
Why mega-pastor Charles Stanley, 81, struggles with rejection (but not death)
Beliefs
Christian consultant Nancy Ortberg reveals her leadership secrets
© Copyright 2020, Religion News Service. All rights reserved. Use of and/or registration on any portion of this site constitutes acceptance of our User Agreement and Privacy Policy, Privacy Statement and Cookie Notice. The material on this site may not be reproduced, distributed, transmitted, cached or otherwise used, except with the prior written permission of Religion News Service.