(RNS) First, three U.S. regional groups of the Seventh-day Adventist Church voted in 2012 for women to be ordained.

Then, the church’s Southeastern California Conference elected its first female president, a historic move for the global church.

Now, four of the church’s 13 worldwide divisions have approved theological reviews suggesting that women’s ordination should be widely accepted; one has said it should not.

As one of the fastest-growing religious groups in the U.S. and across the world, Seventh-day Adventists could potentially influence other denominations — particularly conservative Christians — on the issue of women in leadership.

For now, statements from church headquarters in Silver Spring, Md., focus less on gender and more on concern that regional church bodies have forged ahead with their own decisions without consensus from the wider denomination.

“It’s a controversy that has been brewing in Adventism for decades that church administrators can’t ignore and haven’t ignored,” said Laura Vance, a sociologist at Warren Wilson College in Asheville, N.C., who has studied women within Adventism.

“What’s coming to a head now is that some Adventists are moving ahead and ordaining women in violation of church policy.”

Despite what appears to be a steady move toward affirming women’s ordination, leaders on both sides of the debate say the jury is still out on a final verdict. World leaders of the church, which is best known for its Saturday observance of the Sabbath, will review the 13 division recommendations, possibly at the church’s 2015 General Conference.

But she adds: “I don’t know where it will all lead.”

Executive officers of the worldwide church, which was co-founded by a woman, Ellen White, issued a statement after Roberts’ Oct. 27 election, calling it “troubling” that “personal convictions” were placed ahead of “collective policy.”

“It deeply concerns the world leadership of the church that recently a local conference constituency elected as a conference president an individual who is not recognized by the world church as an ordained minister,” the officers said.

Holding a Bible in his left hand, SDA President Ted N.C. Wilson cautioned against “worldly influences” and “the danger of disunity” in a recent “State of the Church” video. 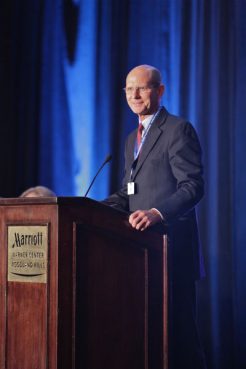 “To discard or ignore these mutual agreements violates a sacred trust and creates unnecessary discord,” he said.

Vance, author of a forthcoming book on women in new religious movements that includes a chapter on Adventists, said Adventists have, for now, struck a kind of compromise: “The position of the church leadership has been to allow women to move in the direction of doing everything that ordained ministers do without allowing them to be ordained.”

Ordained in January in the California-based Pacific Union Conference, Pastor Courtney Ray is an interim senior pastor of a church in Compton, Calif. She previously chose not to take the “commissioned” credential, which women pastors have held without being ordained. 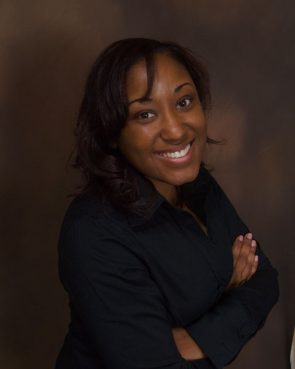 Pastor Courtney Ray, who serves as an interim senior pastor of a Seventh-day Adventist congregation in Compton, Calif., chose not to be “commissioned” and now is ordained. Photo courtesy of Courtney Ray

“The Adventist Church is a worldwide church and I think that if you wait for everyone to feel comfortable doing … everything at the same time, that slows down progress in every aspect,” she said. “I think that unity is important, but I think that unity does not mean uniformity.”

Finding that balance is key for a faith group that has studied this issue for decades and previously concluded “the time is not right or opportune” for ordaining women.

“The challenge right now is how to do this in a way that respects the conscience of other cultures and just provide unity with maybe not uniformity,” said Beverly Beem, an English professor at Adventist-related Walla Walla University who has written on women and Adventism.

Some wonder if the church’s British-based Trans-European Division, which recommended inclusive ministry “where it is culturally appropriate,” might be an example to follow.

In the U.S., 19 female pastors have been ordained or had their credentials updated in the SDA’s mid-Atlantic Columbia Union Conference since that regional group approved women’s ordination in July 2012. The Pacific Union Conference estimates it has 25 to 30 ordained women.

The SDA’s Nebraska-based Mid-America Union Conference also approved women’s ordination in 2012, but no women in its nine-state territory have been recommended for ordination.

Despite the advances by some women, critics say the Bible remains clear on women in leadership, and the church should, too. 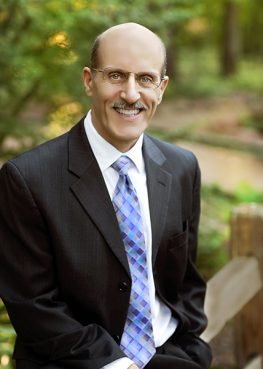 “I feel like the Bible hasn’t changed while our culture has, and so if I’m going to be a Bible Christian, then the traditional understanding that there’s a distinction between men and women is still unchanged,” said Pastor Doug Batchelor, who leads a church in Sacramento, Calif., and is a member of the worldwide church’s Theology of Ordination Study Committee.

“Acceptance of women’s leadership is continuing to increase in American Christianity, even among conservatives,” said Chaves, who is working on the third wave of the National Congregations Study and has seen a slight increase in congregations’ allowance of women leaders between 2006 and 2012.

The Pacific Union Conference, which includes California and four other Western states, voted 79 percent to 21 percent at a special session on Aug. 19 to “approve ordinations to the gospel ministry without regard to gender.” Photo courtesy Pacific Union Recorder/Jim Paliungus

Garrett Caldwell, spokesman for the world church, said the deliberative process will come down to a single question: “Does the Bible have a theology of ordination that says yes or no about this issue?”

He said the Trans-European Division’s “culturally appropriate” compromise could be one answer, as well as either blanket permission or a continued churchwide ban on ordained women.

“I hope that there will be a good resolution to this one way or another,” said Roberts, the denomination’s only woman conference president. “Even if it’s that each division is allowed to do what the division wishes to do. That may be the best possible outcome.”

Editor’s Note: An earlier version of this story incorrectly stated that women in the Seventh-day Adventist Church may not serve as senior pastors.