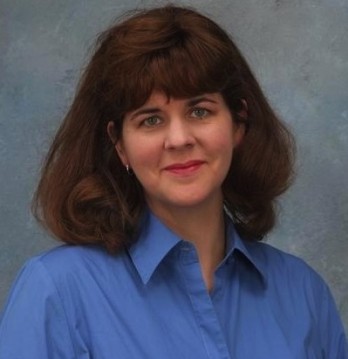 Janet Mefferd hosts a syndicated show that originates from KWRD-FM, The Word 100.7 FM in Dallas, TX.

**UPDATE: Christianity Today reports that while Tyndale has defended Driscoll, Intervarsity Press says they aren’t happy with it and have reached out to Driscoll for a response:

Several paragraphs from the New Bible Commentary edited by G. J. Wenham, J. A. Motyer, D. A. Carson and R. T. France published by InterVarsity Press appear in Mark Driscoll’s now out of print book Trial: 8 Witnesses From 1 & 2 Peter. These improperly appeared without quotation or attribution. With proper citation the material would have been a case of fair use.

InterVarsity Press believes all writers should use great care as they do research and prepare texts for any use to make sure that proper acknowledgement is given to source material.**

**UPDATE: A phone call and email sent this afternoon to Justin Dean, Mars Hill Communications Director, have not been returned.**

The column has been updated to reflect these details.**

Religion writers at various outlets including Religion Dispatches, Patheos, and Urban Christian News, are reporting that Ingrid Schlueter, a part-time assistant producer for syndicated radio show host Janet Mefferd has resigned. According to these reports, Schlueter claims that the resignation is a result of the Mark Driscoll “situation”:

I was a part-time, topic producer for Janet Mefferd until yesterday when I resigned over this situation. All I can share is that there is an evangelical celebrity machine that is more powerful than anyone realizes. You may not go up against the machine. That is all. Mark Driscoll clearly plagiarized and those who could have underscored the seriousness of it and demanded accountability did not. That is the reality of the evangelical industrial complex.

…I’ve read much speculation online, which is understandable given the confusing situation, most of it dead wrong. Being limited in what I can share, let me just say that truth tellers face multiple pressure sources these days. I hosted a radio show for 23 years and know from experience how Big Publishing protects its celebrities. Anything but fawning adulation for those who come on your show (a gift of free air time for the author/publisher by the way) is not taken well. Like Dr. Carl Trueman so aptly asked yesterday in his column at Reformation 21, does honest journalism have any role to play in evangelicalism now? (It was rhetorical.) My own take on that question is, no, it does not. The moment hard questions are asked, the negative focus goes on the questioner, not the celebrity, when there is something that needs scrutiny. Those who have the temerity to call out a celebrity have tremendous courage. The easiest thing in the world is to do fluffy interviews with fluffy guests on fluffy books. So hats off to those like Janet who have the courage to ask at all. And my own opinion on Mr. Driscoll is that despite the bravado, despite the near silence of his Reformed peers and enablers, his brand is damaged, and damaged by his own hand.

The “situation” to which Schlueter refers is the plagiarism allegations made against Mark Driscoll by Janet Mefferd. RNS reported on these allegations here and here. Evidence supporting Mefferd’s claims were posted on the radio show’s website. They were later removed after Mefferd apologized to her audience for making the allegations in public.

It seems likely that, at the very least, Schlueter did in fact resign. I say this because I called and spoke with Mefferd moments ago. I asked her to confirm whether Ingrid Schlueter resigned. She responded, “No comment.” I asked a round of six follow-up questions about Schlueter and whether Mefferd still believes the allegations she made were true. Each time, she responded with “no comment.”

Emails to Bobby Belt, another producer with the Janet Mefferd Show, have not been returned.