Syracuse, N.Y. (RNS) The remains of St. Marianne Cope, one of 11 American Catholic saints, will be returned to Hawaii, where the Franciscan sister ministered among patients with leprosy for 35 years. 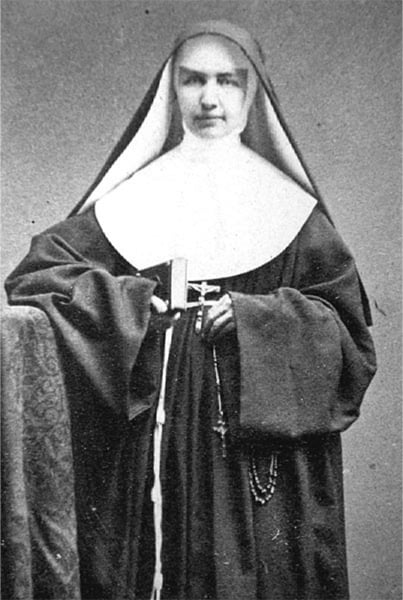 St. Marianne Cope (circa 1870s) ran a hospital and religious order in New York before being sent to care for lepers in Hawaii.  Photo courtesy of Sisters of St. Francis

Pope Benedict XVI canonized St. Marianne in October 2012. Her remains were exhumed from Kalaupapa, a community on the island of Molokai where she ministered to lepers, and moved to Syracuse in 2005 as part of the canonization process.

The return of her remains comes as the Syracuse-based Sisters of St. Francis of the Neumann Communities sells its motherhouse and relocates from an urban neighborhood to the Syracuse suburbs.

The 117-year-old Franciscan campus does not adequately meet the needs of its aging nuns, said Sister Roberta Smith, general minister of the Sisters of St. Francis.

The Franciscans are building a museum and shrine to honor St. Marianne on the campus of St. Joseph’s Hospital Health Center. Mother Marianne helped found the Syracuse hospital in 1869.

The bishops of Syracuse and Hawaii have agreed to the transfer, which requires Vatican approval. No date has been set for the move.

The coffin holding the saint’s remains will move to Our Lady of Peace Cathedral in Honolulu. That’s where the Hawaii community celebrated the arrival of Mother Marianne and her colleagues in 1883.