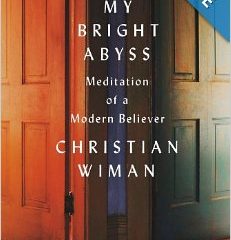 “My Bright Abyss” by Christian Wiman

(RNS) Jesus, Paul, food, charity, and prayer were just some of the areas examined in this year’s crop of books under the broad heading of religion. Some of these titles rank at the top of the year’s best books, period. Others barely registered in the mainstream press, but are lavishly praised in their own fields. Here’s Religion News Service’s list of the year’s most interesting religion books, numbered but not ranked.

1. “My Bright Abyss: Meditation of a Modern Believer,” by Christian Wiman

When he learned he had a rare form of cancer at age 39, Wiman was the editor of Poetry magazine, perched atop the nation’s most prestigious journal of verse. He was also a lapsed Christian whose brush with mortality triggered a return to belief, surrendering to its depth, mystery and wonderment. His poetic reflections on the redemptive power of art and faith are moving and evocative, yet unsparingly harsh on atheist intellectuals, self-righteous fundamentalists, and his peers: professional poets preening with the pride of peacocks. Addressing suffering and sorrow through the prism of Christianity, Wiman’s ruminations glow with the “burn of being,” his term for pervasive spiritual longing in a world of materialism, violence and loss. “Please read this book,” urged journalist Andrew Sullivan, of The Dish blog, in a typically glowing review. “It truly is an essential book for our times.” 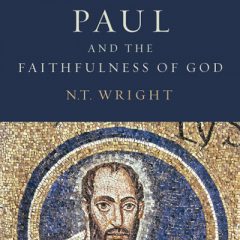 “Paul and the Faithfulness of God” by N.T. Wright

In this magnum opus, one of the most prolific Christian theologians of our time lays out his case for Paul as a thinker on par with Aristotle and Plato. Clocking in at nearly 1,700 pages, including 70 just for the footnotes, this tome has been hailed as “magisterial” and is already being held up as the standard reference work on Christianity’s first and, arguably foremost, theologian. Wright’s vigorous prose provides an engaging introduction to the Judaism and Christianity of the first century. Wright contends that Paul’s writings are to be understood as those of a devout Jew who reworks Jewish redemptive theology around the figure of Jesus in the furtherance of “getting the Creation project back on track.” 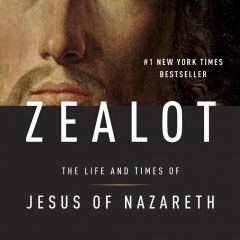 3. “Zealot: The Life and Times of Jesus of Nazareth,” by Reza Aslan

If not for Aslan’s fortuitous Fox News interview — in which the creative writing professor was badgered on national TV to explain why a Muslim would write a book about Jesus — “Zealot” might not have made a dent in the public consciousness. Aslan’s premise, that Jesus of Nazareth preached socialism and plotted sedition against the Roman Empire, is not exactly original, and depends on a selective reading of the Gospels. But the YouTube clip of the Fox interview went viral and catapulted Aslan’s book into the best-seller stratosphere. Vivid and cinematic, Zealot offers a much-needed antidote to the ethnically sanitized, anodyne Jesus preserved in aspic in the Sunday hymnal. 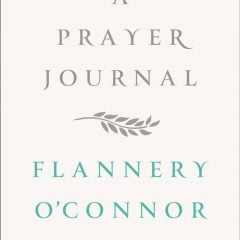 “A Prayer Journal” by Flannery O’Connor

4. “A Prayer Journal,” by Flannery O’Connor

Penned nearly 80 years ago, these private journal entries have found the light of day thanks to a biographer’s diligent archival rummaging. The secular literati are greeting this slender volume of personal meditations as revelatory; ordinary readers simply respond to O’Connor’s intimacy, openheartedness and humor. The pages reveal O’Connor, then in her early 20s and attending the University of Iowa’s Writers’ Workshop in 1946-47, pouring out her soul to God in a manner that is both naive and brilliant. She appeals to God directly as her confidant and confessor about her weakness for “intellectual quackery,” her burning ambition to achieve literary greatness, and her all-too-human foibles. The lifelong Catholic writer would become a pillar of Southern American literature and the foundations of her artistic vision are already evident here. 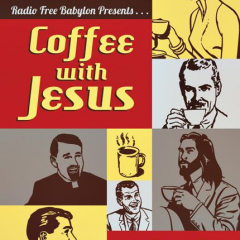 “Coffee with Jesus” by David Wilkie

5. “Coffee with Jesus,” by David Wilkie

The cheeky, online comic strip that has gained a cult audience of 40,000-plus followers in less than three years is now ready to burst upon the world as a giftable, brightly hued coffee-table book. Jesus is the star of the show here, tossing sage and cryptic comebacks to goofball stock characters. Bob, hater of gays, addresses the coffee-sipping messiah as “the J-Man.” Lisa, who swoons at the thought of owning a Lexus, asks Jesus if the Antichrist is a Jew. It doesn’t end there: Complacent liberal posturing comes in for a drubbing, too. It’s no wonder the strip’s caffeinated savior says he’s often tempted to take his own name in vain. The wit is barbed, theology surprisingly relevant, and the overall effect highly addictive. 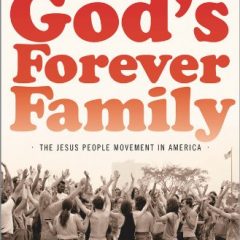 The nearly forgotten chapter of America’s Christian hippy revival comes to life in this history of the Jesus People movement, a fusion of utopian counterculture and soul-saving urgency. Eskridge, a historian of evangelicalism, contends that the movement, born in 1967 in San Francisco’s legendary Haight-Ashbury district, laid the groundwork for the Christian music industry and eventual evangelical embrace of pop culture. This hippy paradise is threatened by a wolfish rival, the Children of God, an authoritarian sect that ensnares wayward Jesus People. The Jesus People phenomenon spread like blazes throughout the country, was captured on TV documentaries and made the cover of Time magazine, then fizzled out in the early 1970s as its members burned out, grew up and tuned back in. 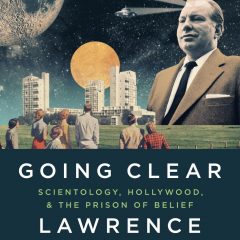 7. “Going Clear: Scientology, Hollywood, and the Prison of Belief,” by Lawrence Wright

Show trials, forced confessions, penal colonies, re-education camps, humiliation rituals, secrecy and spying are the sacraments observed by the “church” of Scientology, according to Wright, a New Yorker staff writer who previously won a Pulitzer Prize for his penetrating look into another secretive movement, al-Qaida. This time, Wright sets out to answer a question that had long mystified him: Why would reasonable people, especially Hollywood celebrities like Tom Cruise and John Travolta, risk their reputations and surrender their lives to a stigmatized, totalitarian regime? He soon learned the secret: It’s easy to get in, almost impossible to leave. The lawsuit-happy organization’s undercover goons tailed Wright as he interviewed Scientology defectors, then pre-empted the release of Wright’s book by airing an ad during the 2013 Super Bowl. The book’s title, “Going Clear,” refers to a stage of Scientological enlightenment, wherein “thetans” (i.e., earthlings) empty their minds of self-defeating “engrams” (suppressed memories from previous lives).

The moral imperative of food sustainability has turned many a well-intentioned dining companion into a locavore-vegan-forager scold obsessed with ritual purity at the expense of pleasure. From the Christian perspective, eating biblically should weigh not only the ethical and environmental implications of food production methods, but also such elements as generosity, friendship, gratitude and worship. Stone, a contributor to Christianity Today’s Her.meneutics blog, presents a compelling case to tone down foodie righteousness with common sense and awe of the sacred. Confessing to personal struggles with eating disorders, Stone ends each chapter with lyrical prayers drawn from around the world. “Better the occasional meal shared with friends at McDonald’s than organic salad in bitter isolation,” Stone admonishes the new dietary purists.

9. “Charity: The Place of the Poor in the Biblical Tradition,” by Gary Anderson 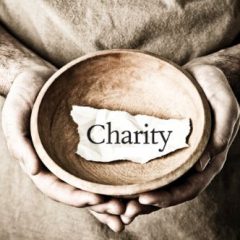 “Charity” by Gary A. Anderson

Anderson’s study examines the concept of voluntary good works, almsgiving and philanthropy, which were not exalted in Greco-Roman culture but became paramount for Jews and Christians. Though sometimes trivialized as punching an admission ticket to the afterlife, charity was a holy commandment to the Jews, whose ancient sages devised an image of storing up a treasury in heaven. Aiding those in need became understood as making a loan to God, or an investment in the Creation, and trusting in Providence that the good deed would be redeemed at a later time. Anderson previously established his bona fides with “Sin: A History” (2009), and in “Charity” delivers a worthy sequel that traces the origins of a single aspect of belief that remains central in religious worship today.

Astonishing, lucid, searing, brilliant, and shocking are the terms reviewers have used to describe this sweeping historical analysis of an idea that is foundational to Western civilization and has proven impossible to eradicate. Nirenberg’s opus is not a catalog of injustices and crimes against Jews, though he cites more than enough examples to make his case; it is a comprehensive study of the ways the idea of Judaism, and opposition thereto, has undergirded theological, intellectual and political discourse for more than two millennia. Anti-Semitism, a close cousin, requires real Jews for scapegoating, Nirenberg contends, but Anti-Judaism is a much broader pathology: wielded by Christians, Muslims, artists, philosophers, political theorists — and occasionally by Jews themselves — to describe any kind of obstinacy, superstition, literalism and deviancy that is worthy of nothing less than contempt and annihilation.