On January 11, 2012, a federal judge ordered the removal of a “School Prayer” banner at Cranston High School West in Cranston, Rhode Island, saying that it violated the Establishment Clause of the First Amendment. Ahlquist—then a 16-year-old student at Cranston High School West—was a plaintiff in Ahlquist v. Cranston and effectively became its public face, appearing on CNN and in the New York Times.

Ahlquist’s involvement in the lawsuit made her the target of a massive backlash—local florists refused to deliver flowers to her, hate mail poured in and Ahlquist needed police escorts, and Rhode Island State Representative Peter G. Palumbo (from Cranston) called her “an evil little thing” in a radio interview. The outcry against Ahlquist would have been a lot for anyone to handle, let alone a high school student.

But Ahlquist stood her ground and emerged as a prominent activist for the separation of church and state, and to this day she continues to have a large number of supporters. Her work has been recognized by many activists and organizations, including the American Humanist Association, who gave her their 2012 Humanist Pioneer Award, and the Freedom From Religion Foundation, who named her their Thomas Jefferson Youth Activist awardee in 2011. She also received the Hugh M. Hefner First Amendment Award in 2013.

Two years after her legal victory, Ahlquist’s life has changed immensely. To coincide with the anniversary of the Ahlquist v. Cranston ruling, I spoke with the now 18-year-old Ahlquist about how she feels about the lawsuit, the backlash, activism, religious allies, what she is doing now, the advice she would give to other young activists, what she would say to Rep. Palumbo today, and much more. Below is our extended interview.

Chris Stedman: It’s been two years since the January 2012 Ahlquist v. Cranston ruling and the awful backlash you faced as a result. How has your life changed in the years since? How do you feel when you look back on everything that happened?

Jessica Ahlquist: Looking back, it feels like it’s been many more than just two years because so much has changed. At that point in my life I was halfway through with my junior year [of high school] and the lawsuit was a very controversial issue, especially in my local community. People all over Rhode Island and even throughout the world were sharing their opinions—and emotions—about the case. While many of these people were hostile and often threatening towards me, there were thousands of people reaching out to show their support for what I was doing.

Comparing all of that to my life today, things have settled down quite a bit. I left high school shortly after I won the lawsuit in order to pursue my public speaking events, and I finished up my education with my mother. I have also recently moved to Vermont with my boyfriend and plan to continue my higher education there. Fortunately, much of the hate has died down and I am now left with lovely supporters.

I will admit that the biggest change for me personally has been my attitude about life. During the case, especially with all of the hate and threats, I became extremely depressed and negative. Today I have much more love in my life and it has certainly helped me let go of the sadness. It has been difficult to get to this point. Throughout the lawsuit I felt as though I would never feel or be normal again—and I suppose my life will never go completely back to the way it was because my experiences have not only changed my life forever, but they have also changed me as a person.

CS: I’ve seen you give a few talks—you’re an excellent public speaker, by the way—and one of the things that struck me about how you describe your decision to speak up about the prayer banner is that you say it was not only exclusive of atheists like you, but of other non-Christians as well. Can you say more about that?

JA: My decision to speak out against the prayer banner came from my desire to protect the First Amendment and encourage acceptance for non-Chrisitian indivuals. I have said all along that I believe this message is one that people of any religious and nonreligious preference can support. There shouldn’t have been any opposition to the prayer’s removal because, when it comes down to it, the case was not about atheism—I just happened to be an atheist. It was really about defending the right to attend a public school that did not hold a religious preference, and that right can be enjoyed by people of all backgrounds. People who wanted the prayer to remain in the school are people who do not understand that a secular government is better for all of us.

CS: Your uncle once told me about religious groups that came to your defense after the hateful responses you received. Obviously many of the people who criticized you were religious, but I know you have religious support as well. What would you suggest to atheists who wish to gain religious allies in defending the separation of church and state and combatting anti-atheist bias?

JA: As I mentioned before, Ahlquist v. Cranston was a case regarding the First Amendment, which benefits everyone, not exclusively nonreligious people. Many religious groups and people support me because they understand that a secular government protects their right to practice their religion without fear that the government will try to force particular beliefs onto us. Truthfully, I was not actively seeking support from religious groups, but I was pleasantly surprised when they gave it. If I were to do it all over again, I would have reached out to them sooner because there are many religious people who can appreciate and understand the beauty of the Frist Amendment. My advice to other activists seeking support from religious groups is to not be intimidated like I was and just ask, because you might be gaining great new allies.

CS: Your activism has made you a hero to many people. Where do you find your courage? Do you find it difficult to balance activism with just being a “regular teenager”? 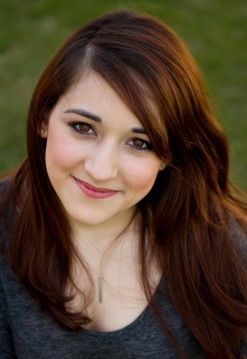 JA: Whenever people ask me where I found the courage to pursue this lawsuit, I have to admit that making the decision to file it took much less courage than it did to see it through to the end. I remember the day I attended a school committee meeting months before a lawsuit was even proposed, and that was the first time I publicly presented myself as an atheist. I also remember the day we filed the lawsuit. Honestly, I didn’t know that all of this was going to become such a big issue at those points. However, the most difficult test of my courage was when I received backlash and threats. I was asked many times if I wanted to end the lawsuit before a decision was reached, and I remember how difficult that decision was, but I am proud of sticking with it. I think the courage came from my passion for the issue and the idea that I was doing this for more than just myself at my school, but rather [so that] everyone [could] benefit from it.

Balancing being an activist and a “regular teenager” was difficult until I realized that I’m really not regular and that it’s okay. On a personal level, this experience also really helped me learn to be more comfortable with who I am. I gave up friends and prom and even graduation day, but what I was able to do instead makes all of that seem pretty silly. I’m pleased with who I am today.

CS: A little less than a year ago, you spoke out against an anti-Muslim group. What response did you get from other atheists, and what prompted you to speak out?

JA: I am the first person to criticize all religions and their beliefs. When I criticized that group, it was not because they were skeptical of Islam—it was because they were racist and truly inhumane. For example, they had posts insulting the appearances of Middle Eastern people and even calling for the torture and death of all Muslims. That isn’t just criticism of a religion and its beliefs, it’s racist and disgusting. I spoke out because I don’t tolerate racism and I find it truly ridiculous to generalize all Muslims as terrorists who should die. Most atheists I know were in agreement with what I was saying.

CS: Have you ever spoken with the politician who called you “an evil little thing”? If not, what would you say to him if you did?

JA: I have never spoken with him directly, but my supporters have basically done it for me. I would tell him that it’s inappropriate and immature that my own representative would call me names. His rude comment backfired and as a result I have received even more support.

JA: I can’t imagine a world where I am not advocating for what’s right. One of my biggest qualities is not being able to hold my tongue when it comes to these issues. I’m not really sure what my future holds, but I know it will always include activism.

CS: What advice would you give to young people who are considering taking action, as you did, in favor of inclusivity—whether they are atheists or theists?

JA: My advice is to go through with it and to stay strong. I know firsthand how difficult it can be, and it is hard for me to encourage others to stand up considering how painful it was for me, but there is so much support out there that makes it so much easier.