(RNS) Hanging in the hallways of Broadway Church, a historic stone structure in midtown Kansas City, Mo., are more than 200 artistic portrayals of Jesus. Inspired by Salvador Dali’s “Christ of St. John of the Cross,” the church’s former pastor, Paul R. Smith, began collecting these “faces of Jesus,” which were mounted in 1996.

The permanent exhibit includes a huge quilt of Jesus on the cross, an image of Jesus laughing (originally published in Playboy), Jesus depicted as a donkey, Jesus as a crucified pregnant woman and even an image representing evolution. One section of the exhibit titled “The Face of Jesus in Every Person,” includes images of Martin Luther King Jr., Mother Teresa, St. Francis and a mirror reflecting visitors.

What kind of church is Broadway? According to its statement, “Broadway is an inclusive, theologically progressive, healing community focused on the spiritual transformation that comes from following Jesus Christ.”

In the video below, Smith introduces us to the “Faces of Jesus” exhibit through a personal tour and preview of several images. The photo slideshow displays a few featured images. 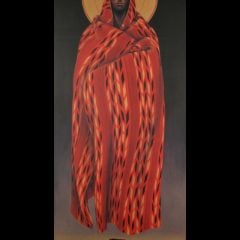 “The Door” by Barzoni. Photo courtesy of Paul Smith “The Madonna of Port Lligat” by Salvador Dali. Photo courtesy of Paul Smith 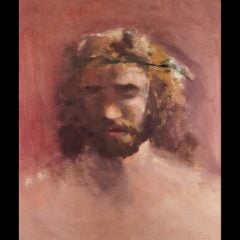 “The Prince of Peace – Portrait of the Christ” by Thomas Kincaid. Photo courtesy of Paul Smith 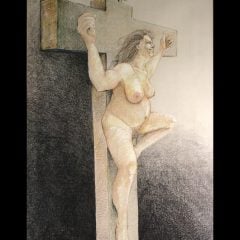 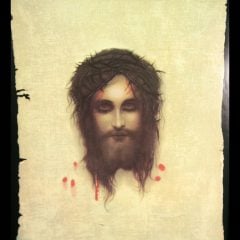 “Veil of Veronica” by unknown. Photo courtesy of Paul Smith 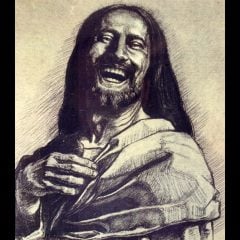 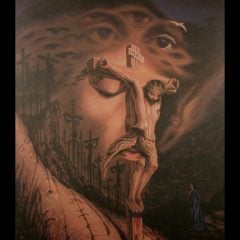 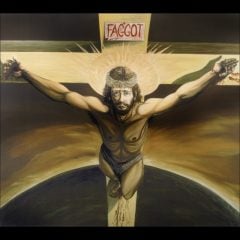 “The Crucifixion of Christ” by Becky Harrelson. Photo courtesy of Paul Smith 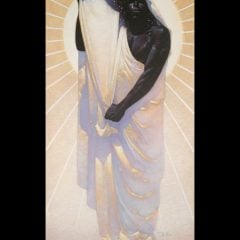 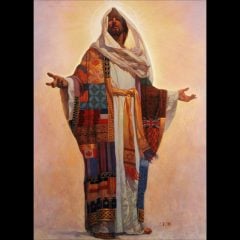 “Coat of Many Colors, Lord of All” by Thomas Blackshear. Photo courtesy of Paul Smith 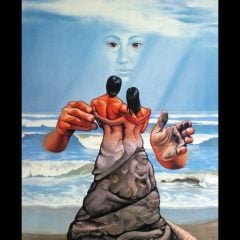 “In His Image” by William Zadanak. Photo courtesy of Paul Smith 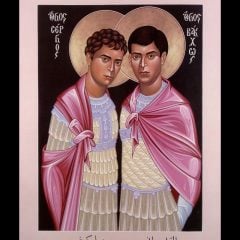 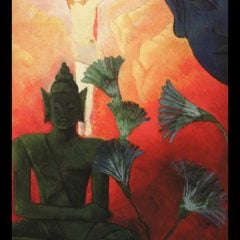 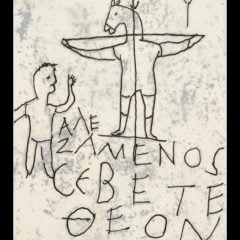 A very early image generally thought to be a representation of Jesus is the Alexamenos graffito, a unique piece of wall graffiti near the Palatine hill in Rome. The inscription has been ascribed dates ranging from the 1st to the 3rd centuries AD. It was apparently drawn by a Roman soldier to mock another soldier who was a Christian. The caption reads, in Greek, “Alexamenos worships [his] God”, while the image shows a man raising his hand toward a crucified figure with a donkey’s head. This seems to refer to a Roman misconception that the Jews worshipped a god with the form of a donkey, so that the image would be at once anti-Semitic and anti-Christian. Photo courtesy of Paul Smith 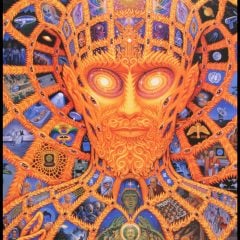 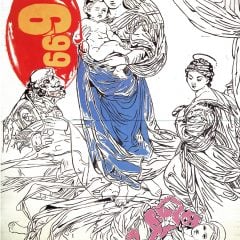 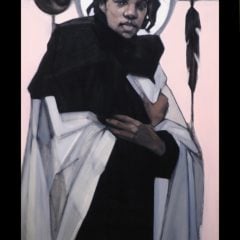 “Jesus of the People” by Janet McKenzie. In 1999 Janet McKenzie’s painting “Jesus of the People” was selected winner of the National Catholic Reporter’s competition for a new image of Jesus by judge Sister Wendy Beckett, host of the PBS show “Sister Wendy’s Story of Painting.” In the words of Sister Wendy, “This is a haunting image of a peasant Jesus – dark, thick-lipped, looking out on us with ineffable dignity, with sadness but with confidence. Over His white robe He draws the darkness of our lack of love, holding it to Himself, prepared to transform all sorrows if we will let Him.” The model was an African-American woman and the painting includes a yin-yang symbol of Eastern traditions and feather of Native American traditions. Photo courtesy of Paul Smith

News
Evangelical asylum-seekers stuck in Mexico hold prayer vigil for the US election
General story
Trump was right. God can be hurt. But not by Biden election, say theologians
Opinion
Death in the middle of death: On the execution of Walter Barton
Signs of the Times
Who would you choose, Jesus or the Spirit?
Coronavirus
In Missouri, Jewish leaders and other clergy argue for religious exemption to vote by mail