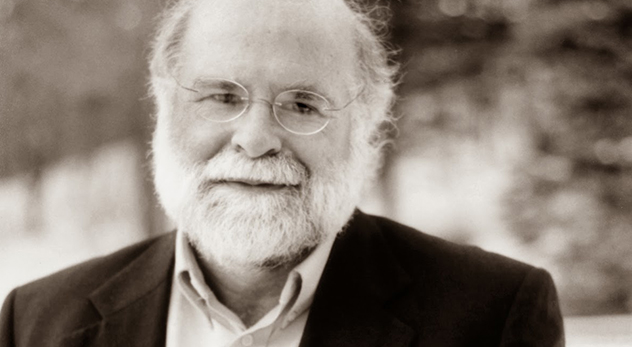 You might expect someone who’s taught for years at Christian schools like Bethel University and Westmont College to be of a certain theological flavor. You certainly wouldn’t expect that person to describe themselves as a “Christian humanist.” But that is exactly the label  Daniel Taylor uses. His recent book, “The Skeptical Believer: Telling Stories to Your Inner Atheist,“ makes a compelling case for why skepticism isn’t the antithesis of faith. Here, we discuss religious certainty, doubt, and why he doesn’t resist his “inner atheist.”

RNS: You call yourself a Christian humanist. What does this mean to you?

DT: Christians have foolishly allowed secularists to define humanism to suit themselves. (For example, the claim that the defining idea of humanism is that “man is the measure of all things.”) There’s a long tradition of Christian humanism that affirms the central orthodoxies of Christianity, one of which is that God made us and the world and that both are therefore valuable and worthy of exploration.

RNS: You grab readers with the seemingly contradictory idea of a “skeptical believer.” What does this mean?

DT: A skeptic is one with a habitual resistance to accepting truth claims—you could say a knee-jerk doubter, though skeptics like to think of themselves as people who look before they leap. A believer is one who accepts something as real or true or worthy of affirmation, often without proof. Sometimes skeptic and believer go together. I use the term “skeptical believer” to refer to Christians who want to believe the claims of faith but whose minds and will are constantly raising objections.

My central claim is that faith is possible for these types of people because God offers us a story to play our part in, not a set of propositions for us to prove. [tweetable]Certainty is a false goal for any thinking person when it comes to most of the important areas of life.[/tweetable]

RNS: What’s an “inner atheist,” and why do you maintain that having one is compatible with a life of faith?

DT: My “inner atheist” is that part of me that wants to play it safe (though in reality it’s not safe at all) by forestalling all commitments until one has proof or certainty. He gets especially jumpy about committing to ultimate things, which he rightly argues can’t be proven (though lots of evidence can be marshalled, a different thing).

I tried to kill my “inner atheist” for a long time, thinking he was some evil force separate from me. I have decided, instead, that my “inner atheist” is me or a part of me. He’s me when I’m tired, frustrated by life, insecure, or thinking I’m really smart. Now, instead of trying to squash him, I let him have his say, make his debating points, pass a little cynical gas, or whatever he feels the need to do. Then I go on with my commitment to my part as a character in the story of faith. He hates that, but I find it makes him much less powerful than he was when I was trying to do him in.

An “inner atheist” is compatible with the life of faith because faith is a life, one that requires commitment amidst uncertainty, not simply agreement to a set of propositions that one can prove.

RNS: You dismiss the idea that faith is a set of truths to be believed, in favor of viewing faith as a story to be lived. Say more.

DT: I don’t dismiss truth, but I do claim that intellectual assent to a set of statements about God is not what faith is primarily about. Faith is not a puzzle to be solved, but a life to be lived, and, literally, a story in which one is called to be a character.

God’s truth expresses itself in many ways—through story, relationships, art, nature, etc. Propositional truth—rational assertions—have their place but are not primary. The Bible, for instance, is mostly story. There are crucial propositional assertions in the Bible (for instance, that God is love), but these depend for their meaning on all the stories that surround them. We learn what “God is love” means by the stories of the exodus, Jonathan and David, Ruth and Naomi, and, supremely, in the stories of the Gospels. Stories give flesh and meaning to the propositions, and the propositions help guard against misinterpretations of the story.

God invites us to join the story, not to prove beyond doubt the certainty of the propositions.

RNS: Many moderns find it difficult to believe that one can live a rich life of faith without proof. What has convinced you that this is a viable, and meaningful, way?

DT: Everything I have come to understand about the Bible, history, the human condition, and my own life has convinced me of this. There is a small area of the human experience which lends itself to proof or near proof. We generally call that area “science,” and it bases itself on experiment and a certain rationalistic method. It is powerful and often useful, but only in its limited sphere. Everything else that is meaningful in the human experience requires risk, commitment, uncertainty, and perseverance.

[tweetable]Difficult choices are always made in light of incomplete knowledge.[/tweetable] We always wish we knew more. Is this the person I should marry? Will this investment turn a profit? Is this the right person to vote for?  We accept risk in many important areas, why should we expect no risk when it comes to God?  God is offering us a role in the greatest story ever told. Neither reason or anything else will give us enough information to either accept or reject it with certainty. Even as a skeptical believer, I haven’t found a better story, and so I play my part, as best I can, in what I believe to be the story God is telling.