(RNS) The abortion rate in the U.S. has dropped to its lowest level since the procedure became legal in 1973, according to a new data analysis that reflects a 13 percent decline in both the abortion rate and the number of abortions from 2008 to 2011. 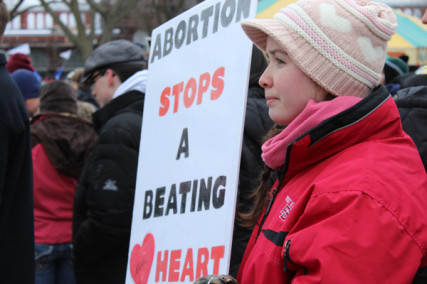 Declines were seen in all but six states — Alaska, Maryland, Montana, New Hampshire, West Virginia and Wyoming — which saw either no change or an increase in abortion rates.

“A 13 percent drop over a three-year time period is a pretty steep decline. It’s unusual,” says Rachel Jones, the lead author of the study by Guttmacher, a research organization that supports the right to legal abortion and seeks to expand access to information on sexual and reproductive health.

Jones attributes the decline to more women using “highly effective contraceptive methods such as the IUD” and the fact that the study period was during the recession and sluggish recovery.

“Births have been falling for awhile, and the recession certainly accelerated the decrease in births,” says economist Ted Joyce of Baruch College in New York, who has studied reproductive health since 1985.

“When you consider the changes in contraception and the largest recession since the Great Depression, those two factors seem like compelling explanations for the decline,” he says.

“We didn’t find any clear associations between abortion restrictions and declines in abortion rates,” Jones said. “We saw drops in abortions in the states that had restrictions, but they were not substantially bigger than what we saw in other states.”

“No evidence was found that the overall drop in abortion incidence was related to the decrease in providers or to restrictions implemented between 2008 and 2011,” the report says.

Randall O’Bannon, of the National Right to Life Committee in Washington, D.C., which opposes abortion, views the new report as “significant progress.”

“We’re seeing some tangible results,” he says. “Obviously, we have had some impact.”

Whether the next report in three years will reflect continued declines depends on how the courts rule on state laws that would effectively restrict access to abortion providers, economist Joyce said.

“The courts haven’t ruled whether these are constitutional,” he said. “It really depends on whether those more serious restrictions go into effect. If they do, you’re likely to see an increased decline in abortion rates.”

The study, published online in the journal Perspectives on Sexual and Reproductive Health, also finds an increase in the proportion of abortions that were early medication abortion. The non-surgical procedure uses the drug mifepristone, often called the abortion pill or RU-486, or the drug misoprostol. An estimated 239,400 early medication abortions were performed in 2011, representing 23 percent of all non-hospital abortions, an increase from 17 percent in 2008, the report says. 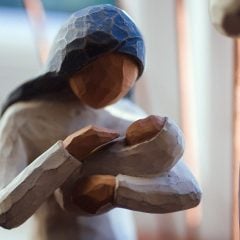