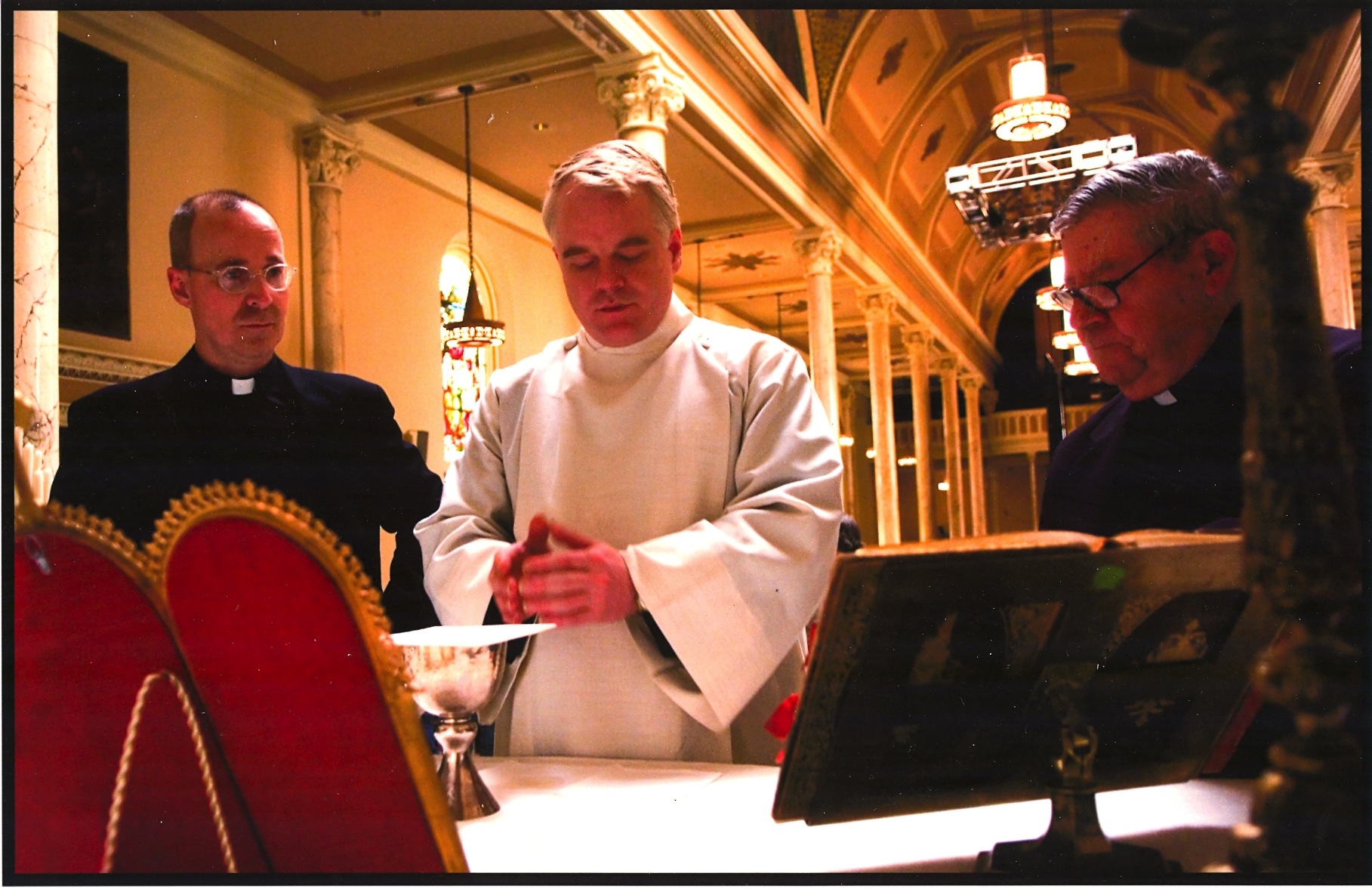 We can too easily think of addiction as a young man’s game, something a person deals with when they’re suggestible and coming up in the world. Something for people like Cory Monteith or River Phoenix. And it’s true that heroin use is on the rise among teens from well-off families in some parts of the country, but with Philip Seymour Hoffman’s death yesterday from an alleged heroin overdose, we also see in stark reality how tight a grip the disease of addiction can have on high-achieving, beloved family men.

Hoffman was an incredible actor, known as much for his ability to transform himself on the screen as his curiosity and friendliness off of it. Father Jim Martin, author of My Life with the Saints and Colbert Report chaplain, worked with Hoffman on production of an off-Broadway play, “The Last Days of Judas Iscariot.” Martin remembered Hoffman on his Facebook page:

“I learned a great deal about humility from Phil. He treated all the actors–well-known and not-as-well known–with the same respect and dignity. And in conversation, he would always say, ‘I’m making a film,’ not, ‘I’m starring in “Capote,”‘ which he was at the time. In time, I would be invited to join the Labyrinth Theater Company, of which he was then co-artistic director.

When he was signed up to star in the film ‘Doubt,’ he called me for help and we spent a good deal of time talking about what it meant to be a priest, going to Masses at St. Ignatius Loyola Church in New York, and even spending time practicing celebrating Mass. (After one Mass, I took him up on the high altar so that he could get a sense of what the priest would have seen in the early 1960s.) Phil was so devoted to his work, took pains to get every aspect of his performance as a priest correct, and, as such, it was a real grace to watch him work. Seeing him act was a reminder of what it means to have a real vocation.”

In an excerpt from his book A Jesuit Off-Boradway posted on Busted Halo, Martin recalled that “[I]n Phil’s words, Jesus was always suggesting, in order that the decision to follow or not follow was always that person’s own decision.” He also talked about one of Hoffman’s sisters, who became an evangelical Christian but remained “sane, generous, and intelligent.” That was a great marker for Hoffman’s own relationship to Christianity, and his admiration for the person of Jesus was clear.

“My image of Jesus is someone who is exciting…Were he alive today, he would be causing havoc!”

Nominated four times for an Oscar, Hoffman won in 2005 for his turn as the eccentric and narcissistic Truman Capote. Hoffman’s role in spiritually-influenced films (The Master, Doubt, Synecdoche) have garnered him appreciation deeper than what is typical for most actors. His performances were so full of nuance and power — a strange combination — that the loss of his life feels like a personal one. It is a sad thing to think of a Hollywood and a Broadway without Philip Seymour Hoffman it; sadder still to think of his family without him. (Hoffman leaves behind three children, aged 5, 7, and 10; and his longtime partner Mimi O’Donnell, the artistic director of LAByrinth Theater Company.

Hoffman’s death has left people — both those who knew him well and those who have only known him onscreen — shaken. It is a testament to the career and life of this seemingly gruff man that he was so beloved as to cause this much pain by his leaving. But the leaving was so unnecessary that it is even more tragic.