(RNS) Authorities in Thailand are preparing to arrest and possibly defrock a senior Buddhist monk on charges of insurrection and breach of Buddhist discipline for leading anti-government protests.

Protesting on the streets of Bangkok

Issara, a 58-year-old monk from the Wat Or Noi temple in the central province of Nakhon Pathom, is a leader of the People’s Democratic Reform Committee that is seeking to topple the government.

Police told the court the monk blocked voting on Jan. 25-26 and from Jan. 31-Feb. 2. The early elections were called by the embattled government of Prime Minister Yingluck Shinawatra to defuse strife. Results have not been declared.

The conflict pits Thailand’s middle- and upper-class population, and the ruling Pheu Thai Party supporters who favor populist policies for the poor and rural majority.

After tolerating protests for months, the caretaker government of Yingluck is now taking tough measures.

The Justice Ministry’s Division of Special Investigations has separately summoned Issara on charges of insurrection.

The National Office of Buddhism, which maintains and promotes Buddhist affairs and operates under the prime minister’s office, lodged a police complaint against Issara on Jan. 21, alleging he violated the Buddhist Monk Act by leading protests.

“It is clearly stated by law, that if any monk is charged for criminal offense, and if the court denies his bail, he must be defrocked at any time,” said the body’s director general, Nopparat Benjawatananun.

The provincial order to which Issara belongs, and which has the authority to expel him, has concluded that he has breached Buddhist discipline. 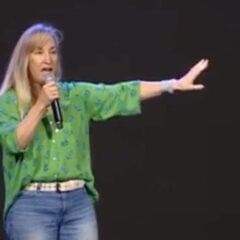 Religion Hub
There’s a religious revival going on in China — under the constant watch of the Communist Party
Follow us on Facebook!
Submit your photos to RNS