(RNS) Like many startups, Hobby Lobby began in founder David Green’s garage. Now, more than 40 years later, the Green family business has 16,000 full-time employees in stores across the country with 70 new stores opening this year. They are a quiet family that loves God, honors their employees and enjoys serving people in their stores around the nation. 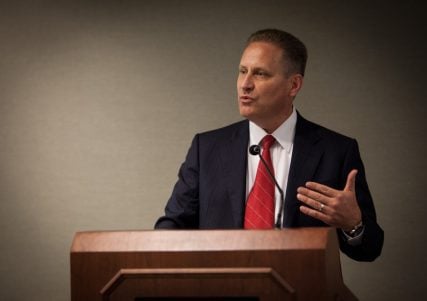 But two years ago, the rules changed for every business. As of 2013, the Green family had to decide if they would follow their faith or follow the Obama administration’s new regulations.

The Green family, through the Becket Fund for Religious Liberty, will file its brief with the Supreme Court Monday (Feb 10) seeking relief from paying a daily fine of potentially more than $1.3 million for refusing to violate their biblically based views on life. They are currently not complying with insurance coverage requirements issued by the Department of Health and Human Services pursuant to Obamacare. Their opposition to the HHS mandate is not a frivolous one; it is due to their deeply held religious beliefs.

The HHS mandate requires employers to fully pay for contraception coverage in their health insurance plans, which includes potential life-ending drugs. The Greens do not object to birth control, but they do have a religious objection to providing coverage for drugs and devices that can cause the death of newly conceived human embryos, specifically two types of IUDs and the drugs known as “Plan B” and “Ella.”

Without a positive result from the Supreme Court, the Greens will be forced to pay millions of dollars in federal fines if they maintain their convictions.

Every American, including family business owners, should be free to live and work according to their religious beliefs. The HHS mandate demands that ordinary Americans bend to the administration’s religious preferences and violate their principles or stand up for their religious rights and be fined up to $100 per day, per employee. For the Greens that would be more than $36,500 annually per employee. The other option would simply be to drop health care coverage for all employees and direct them to the Obamacare exchanges. This option would only cost an employer $2,000 per employee, per year — potentially over $26 million annually for the Greens.

The fines alone are revealing of Obamacare’s priorities. A business can pay a $2,000 fine per person, per year, to provide no health insurance at all, or a business can pay a $36,500 per person, per year fine, to provide health insurance that does not align with the president’s religious preferences. Either way, fines will force companies to cut jobs or drop health coverage altogether, which is not good for families or women.

At the core, the HHS mandate is the next instance of how Obamacare will impact your job, family and health care. This issue is not just about companies like Hobby Lobby or Conestoga Wood or ministries like Little Sisters of the Poor. This intrusive federal mandate will set a precedent of government intervention in determining who the faithful are, what faith is and where, when and how that faith may be lived out. 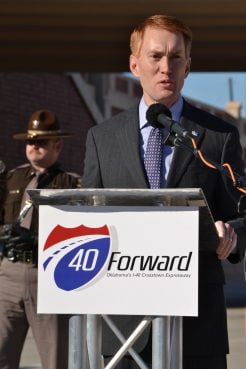 Americans realize, as James Madison once said, that “conscience is the most sacred of all property,” and similarly that other people’s consciences should be protected and defended.

In America we respect freedom of conscience, hard work and dedicated families. Freedom is the backbone to our continued flourishing. Let us hope that the Supreme Court recognizes that the owners of Hobby Lobby, Conestoga Wood and others should not be forced to violate their conscience as a condition for placing the sign, “Open for Business,” on their front doors. (Rep. James Lankford, R-Okla., represents the fifth district where the Green family lives. Tony Perkins is president of the Family Research Council, which has submitted an amicus brief to the Supreme Court supporting Hobby Lobby.)