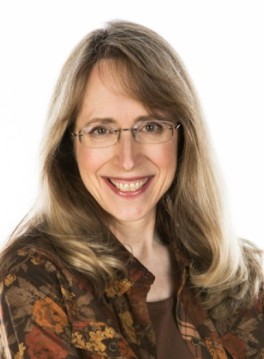 After my recent post on Mormon vegetarianism, author Jane Birch contacted me about the importance of a plant-based diet in the Mormon Word of Wisdom. As she says below, she’s concerned that Mormons are ignoring this key part of the Word of Wisdom, to the detriment of our health; Mormons are 14% more likely than other Americans to be obese. — JKR

Mormons are proud, and rightly so, of the health benefits they enjoy by observing their well-known dietary code, the Word of Wisdom. Total abstinence from alcohol, tobacco, and harmful drugs has certainly given Mormons health advantages. At the same time, Mormons are succumbing to the same chronic illnesses that plague the general population, and obesity among Mormons is a huge problem. Some have even concluded that Mormons are fatter-day saints.

Ironically, the very Word of Wisdom that gives Mormons the edge in avoiding lung cancer and cirrhosis of the liver also provides ample counsel that could protect them from most of the chronic illnesses that account for 70% of deaths in the U.S., including those from heart disease, diabetes, strokes, and certain cancers. Unfortunately, the verses of their dietary code that contain this counsel are the ones Mormons neglect.

In 1833, the importance of the dietary practices advocated in the Word of Wisdom were not generally known or widely accepted. They certainly had not been established by science, as the scientific study of nutrition was as yet undeveloped. But what science has gone on to confirm, the Word of Wisdom spells out. In addition to stating that alcohol and tobacco are harmful to human health, it counsels the use of a diet rich in plant foods and spare in animal foods. According to the Word of Wisdom,

This is a diet loaded with grains and other whole plant foods, where meat is reserved for times of need. It contrasts sharply with the typical fare served when Mormons gather in large numbers, which is usually meat-and-treat heavy. One would think such a health code would make low-carb and Paleo diets unpopular among LDS people, but if my ward is typical, apparently not.

In the 180 years since 1833, many people have awakened to the wisdom of this counsel. Now science is confirming that observance of a whole food, plant-based diet not only reduces our chances of getting chronic illness, but, in many cases, eliminates the possibility of succumbing to many of the major threats to our health and well-being.

Experts such as Colin Campbell, Caldwell Esselstyn, John McDougall, Joel Fuhrman, and Neal Barnard are leading the charge in advocating a Word-of-Wisdom-type diet. Note: not a Mormon among them! Not only are Mormons not leading the way, many have a fairly hazy view of what the Word of Wisdom counsels. Some have grown so cynical of their own dietary code that they pass off large parts of this wisdom as suited only for Joseph Smith’s day.

But the counsel in the Mormon Word of Wisdom is most needed in our day, as it addresses just those chronic illnesses that have only exploded in the last century!

Whole food, plant-based diet experts are now helping Mormons to understand, perhaps for the first time on a widespread basis, the treasure contained in the Word of Wisdom. I have written about my own “discovery” of the Word of Wisdom in a book just published, Discovering the Word of Wisdom: Surprising Insights from a Whole Food, Plant-based Perspective.

As part of this project, I solicited stories to include in the book from Mormons who are taking the counsel in the Word of Wisdom seriously. As story after story poured in, I was impressed by the number of Mormons who appear to be “waking up” to the Word of Wisdom. Only time will tell whether enough Mormons wake up to this treasure for the LDS people to pass the test of their own dietary code.

Jane Birch, PhD is Assistant Director for Faculty Development at the Brigham Young University Faculty Center. She is the author of Discovering the Word of Wisdom: Surprising Insights from a Whole Food, Plant-based Perspective. You can read the stories of people “waking up” to the Word of Wisdom on her website.
Share
Tweet
Share
Posted in
BeliefsFlunking SainthoodOpinion